for intense sequences of creature violence/destruction and brief language. 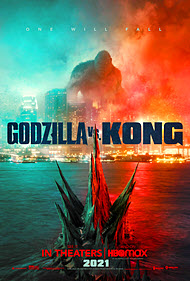 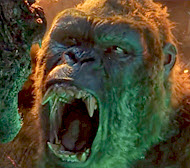 Godzilla depicted with atomic breath which bores holes in Earth 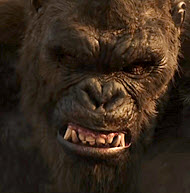 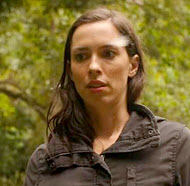 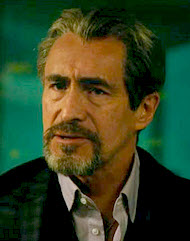 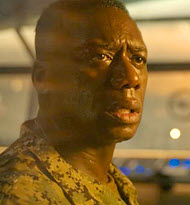 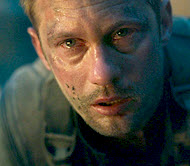 In “Godzilla: King of the Monsters,” Godzilla defeated Monster Zero, better known as Ghidora, and established his place as the alpha, or apex Titan on planet Earth. Jonah Allen, leader of the group seeking to allow the Titans to re-establish their rule over the planet, is seen in a post-credit scene with a one of Ghidora’ s severed heads, allowing us to wonder what dastardly plan is in the future. We see more of this future in a post-credit scene where we see a wall drawing of Kong fighting Gozilla.

Set 5 years later, we pick up the story with some new developments. During the introduction, we see most of the Titans have been defeated and the last two alpha Titans are Kong and Godzilla. We find Kong on Skull Island, where a large facility has been built to contain and shield him from Godzilla; as Kong is much larger than before, the facility will not hold him much longer. We see Godzilla attack a research facility, causing many people to believe Godzilla is no longer man’s protector.

From this point on, there are two different threads in the movie. One follows Kong researcher Dr. Ilene Andrews (Rebecca Hall) and Jia (Kaylee Hottle), a little girl who lives on Skull Island and has developed a relationship of sorts with Kong.

Along the way, we also meet Dr. Nathan Lind (Alexander Skarsgård) when the CEO of Apex Cybernetics, Walter Simmons (Demián Bichir), and Ren Serizawa (son of Dr. Ishiro Serizawa, who was in three of the previous movies) approach him as an expert in Hollow Earth Theory, to locate something which can help Apex Cybernetics in protecting the world from Godzilla.

Where to start? The plot and the flow of the movie is a bit disjointed; I always see a movie twice when reviewing, and after the second viewing, it still seems as if this movie never brings the two threads together. I was disappointed when Kyle Chandler is virtually ignored in the movie and continued to wait and see how the writers would tie together the two threads of the story.

We have little backstory about Jia and how she and Kong began to communicate and are given only a quick hint as to why the facility on Skull Island was created and how Dr. Andrews came to the island. There is also very little given to the Ren Serizawa character, which I missed during my first viewing. We do receive a little backstory on why Dr. Lind’s character has been involved in the Hollow Earth theory, and we hear a couple of times about Monarch, but it is not part of this storyline after it was a huge part of the previous movies.

There seemed to be slow points in plot development, where the CGI became the story and the movie missed opportunities to develop one or more of the characters or circumstances. As the movie progressed, I was hoping for continuity discussions to tie in additional details from previous films, but it never happens. We also do not see any other Titans.

The CGI is incredible! As a fan of King Kong and Godzilla through the years, seeing the Titans clash surprised me in how well it was done. The film is a superb update from the 1963 version of “King Kong vs. Godzilla”, and the final monster is a great imaging of the bad guy from the 1960’s Godzilla movies. There is a lot of fighting, and it is far beyond what I could have imagined when growing up with the old Toyo Godzilla and the 1976 King Kong monsters, as they are no longer men in suits (although I have a true soft spot for Rick Baker’s portrayal in the 1976 Kong movie).

The language is needlessly profane, and the writers included eight occasions of “OMG,” which was tiring as the movie progressed. There is also one “oh G*d,” three uses of “sh*t,” one “d*mn it,” one “what in G*d’s name is that,” and one “G*d d*mn.” This is always a concern for me personally, and although the language is much less than the 2019 “Godzilla” movie, it still unnecessary. One would think the writers could find more descriptive words and phrases to describe certain emotions – fear, surprise – suspense – but they defaulted to what I mentioned above.

As with the 2019 “Godzilla” movie, I was pleasantly surprised with another review where there are ZERO issues with sexuality or nudity, and nothing even that would be described as revealing. When two characters had been described as former colleagues, I had expected a backstory of a relationship which would be renewed as the movie progressed. Even a final kiss at the conclusion of everything is not part of the movie.

When watching the Marvel movies, one of the plot points is the destruction of large swaths of cities and the many casualties involved. In this movie, we see one research facility destroyed and later, a good part of a major city destroyed but we are not shown graphic deaths or bodies strewn about. In fact, I only recall seeing one graphic human death in the movie—which was a surprise. There are two scenes where monsters are fighting monsters, and there is graphic violence as well as graphic depictions of the bodies. As would be expected in a monster movie, there is violence everywhere and is constant.

As might be expected, God is not part of the movie, although it is not overtly “anti-Christian.” There are several moments which point to the worldview of the writers, with one character uttering such lines as, “faith in my creation…humanity is to be the apex of creation…providence in only one alpha…created an apex Titan of my own hand.” I noticed these phrases in my first watching in a theater, however I noticed something else when watching the movie for a second time on HBO Max. During a short scene with a bulletin board of information in the background, there is a book titled, On the Incarnation of Ahriman, which refers to an evil spirit and is the source of human confusion, disappointment, and conflict. You may not see this during a casual viewing of the film, but the presence of this book certainly conveys the worldview of the movie creators.

When thinking of the movie, I am drawn to Psalm 14,

“The fool says in his heart, there is no God. They are corrupt, they do abominable deeds; there is none who does good.”

This is again stated in Psalm 53, and we read in Proverbs 12:15 “the way of a fool is right in his own eyes…”. A follower of Christ will recognize the difference between a movie which contains elements which honor God, and a movie which intentionally dishonors God. This movie appears to fall in the neutral area in that God is not mentioned, except by those who consistently say his name throughout the movie. I would also put forward that Christians should also be discerning, even of movies that tend to be neutral.

Do I recommend the film? I cannot. The CGI is terrific, both for the landscapes and the monsters, but this is not enough for me to recommend it. There are simply too many places where continuity with the previous movies is neglected, along with development of characters which would have added a lot to experience. Most of all, I cannot recommend the movie based on the language. Any movie which blasphemes the name of God crosses a line in my opinion, while understanding many may ask “how much” language or other offensive content is too much in a movie. We all are exposed to media which may have language, violence, sexuality, or a worldview which is anti-Christian, and it is the conscience of the believer that must respond to the question of “how much.” We need to be led by the Holy Spirit when determining whether watching a movie or a television show would glorify God or lead to sin.

Positive
Positive—I liked it. So many mythological elements in the film. A mad scientist creating a monster of his own to battle the apex titans of Godzilla and Kong. The monster turns on its creator. The enemies, must join forces to defeat the monster.

In order to defeat the monster and save their lives, the kid pours the man’s alcohol beverage on the computer. A lot like Elizabeth Swann burning the rum to get rescued.

Though, I felt there were too many characters to keep up with. Teh only names I remember are Godzilla and King Kong. It was a long move, as it struggled to draw all its plot points together, and cheap their way out of the battle between the apex monsters. Throwing in mecha-godilla probably wasn’t necessary, but it was okay.

Nothing struck me as overwhelmingly immoral. May have been foul language, but I did not notice. Actually, couldn’t hear the dialogue that well.

Most of its problems are a sign of the times, an over love of cgi.
My Ratings: Moral rating: Average / Moviemaking quality: 4½
David Pyle, age 57 (USA)