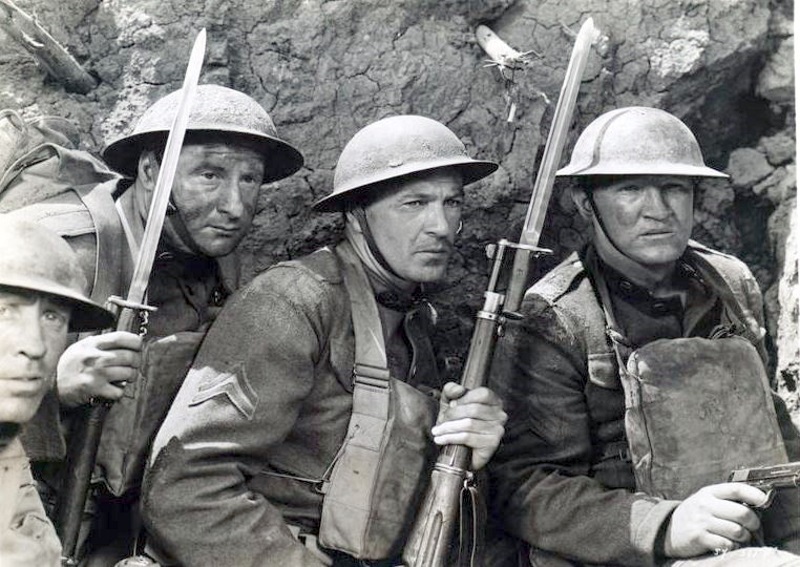 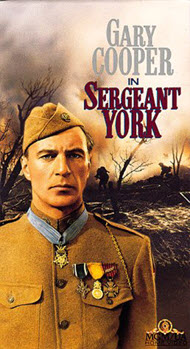 Faith in God and His Word—belief in Jesus Christ, confession of personal sins and true repentance

A heroic Christian in World War I

You might have to search several video rental stores to find “Sergeant York”, but this 1941 black-and-white classic still provides wholesome family entertainment with a positive, and even Christian, message.

Alvin York was the greatest American hero of World War I. This movie, however, is about much more than the incredible feat that made him a household name. It begins with young Alvin (Gary Cooper), a drunken, rebellious youth, disrupting a church service. His godly mother makes no excuses for Alvin, and the pastor (Walter Brennan) decides to make yet another appeal for Alvin to sink his roots into something outside of himself, namely the Lord.

One night in a drunken rage, Alvin sets out to get revenge on a man who has double-crossed him, but instead, he is nearly killed by a bolt of lightning. Reminded of the words of the pastor, he instead goes to the church, where a meeting is in progress. There he is converted.

The change in Alvin York is evident. He immediately sets out to seek the forgiveness of those he has wronged. He begins to study the Bible and ask questions. He is even teaching Bible classes when he is drafted into the army. Initially convinced the Bible is quite clear that a Christian should not kill another person, Alvin applies for conscientious objector status. He is turned down and obediently enters the army, taking with him his reservations. The sensitive portrayal of this man’s complete trust in God’s Word as he seeks answers from Scripture to the questions raised by war is indeed a refreshing contrast to typical Hollywood fare.

Alvin’s heroism in the war does not change him. He is amazed that anyone should honor someone who was simply trying to save the lives of his fellow soldiers. He returns to Tennessee, intent on marrying his fiancee and settling down to a sharecropper’s life, only to find some more surprises. As Alvin says, “The Lord sure do work in mysterious ways.”

In a world with precious few heroes today, “Sergeant York” gives us a view of a true American—and Christian—hero. It will provide a pleasant evening’s entertainment and may even make a lasting impact on the young people in your home.