What is a…
daric

This is a gold Persian coin. The word “daric(s)” does not appear in the original Hebrew Scriptures, but is used as the meaning of adarkon in most English translations, including the NASB, ESV, NKJV and NIV, as well as the ASV, AMP, AMPC, CEB, DARBY, etc. 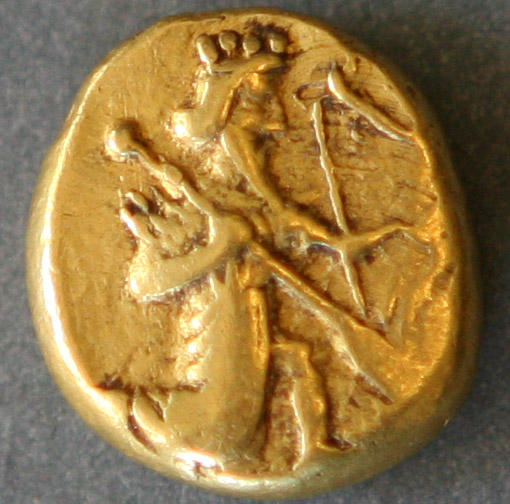 It was a gold coin, bearing the figure of a Persian king with his crown and armed with bow and arrow or shooting arrows, running with a lance, or running with a dager. It weighed about 128 grains troy. The daric was apparently introduced by King Darius, and its name is associated with his name. The ancient Persian word dari means “golden.”

It was current among the Jews after their return from Babylon, while under the Persian domination.

It is the first coin mentioned in Scripture.

Alexander the Great conquered the Persian Empire and melted down almost all of the darics and siglos, using them to mint coins of his imperial dominion, some including his image.