Reconstruction of Magdala synagogue based on archaeology of the site

also known as: Magadan, Dalmanutha, Migdal, The City of Color

This is a town in Galilee, mentioned only in Matthew 15:39 and Mark 8:10—where by boat Jesus with His disciples came to the region of Magdala (aka Magadan and Dalmanutha). Archaeologists uncovered a synagogue here which dates to the time of Christ and was definitely built before the 70 A.D. destruction of Jerusalem and Israel by the Romans.

And sending away the crowds, Jesus got into the boat and came to the region of Magadan. —Matthew 15:39 NASB

And immediately He entered the boat with His disciples and came to the district of Dalmanutha. —Mark 8:10 NASB

Magdala is most likely the town of Mary called the Magdalen (Mary Magdalene).

It is about 3 miles northwest of the city of Tiberias and is on the west shore of the Sea of Galilee (aka Lake of Tiberias). The town has also been called Migdal, Mejdel and el-Mejdel.

In the Talmud, this city is called “the city of color,” and a particular district of it was called “the tower of dyers.” The indigo plant was heavily cultivated here. 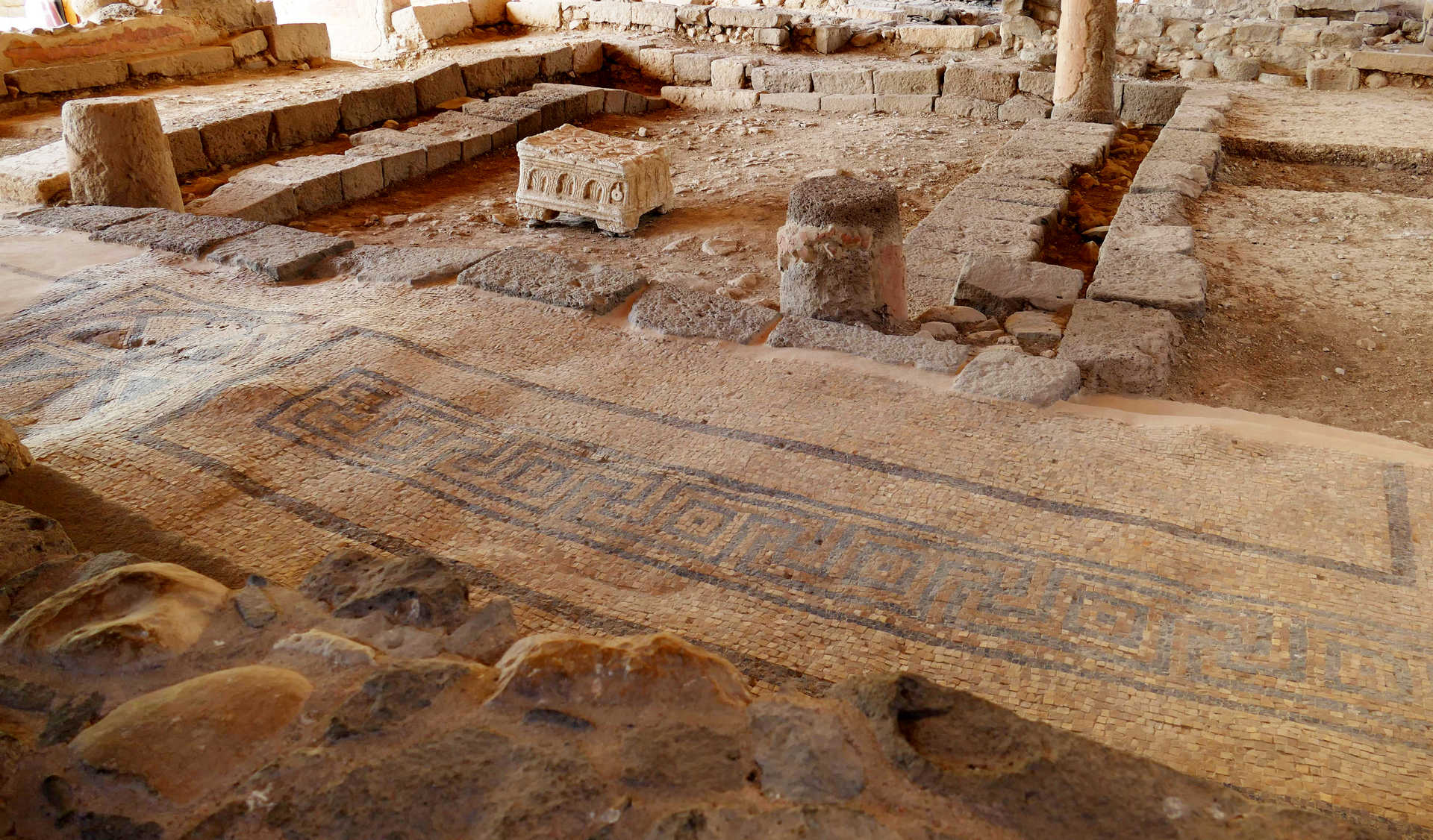 Ruins of ancient synagogue in Magdala, Israel (2019)
Photo by Bukvoed (cropped). License: CC BY 4.0.
1894 view of the ruins of the town of Magadala on the Sea of Galilee
Holy Land Photographed by Daniel B. Shepp