LUST—Is there a way to overcome my lust for sex?

To experience God’s grace, we must first recognize our need. (See “How can I tell if I’m getting addicted to sex or pornography?”) We must turn to him and others for help. That’s not easy. Perhaps you realize that you have a problem but still believe you can handle it alone. Guys hate to admit defeat. We don’t want to ask for help.

You can’t overpower your lust.

The apostle Paul understood our predicament. He told the Romans,

I’m not suggesting that Paul struggled with compulsive sexual behavior, but he did struggle with sin-just like the rest of us. And like the rest of us, he would make up his mind not to commit a certain sin ever again. Did he succeed? No way! Now, if the apostle Paul couldn’t overpower his sin, why should you and I think we can?

Suppose you made up your mind you were going to make it through one day without lusting after a woman. On your way to work your eyes are drawn to the bikini-clad model greeting you from a billboard. A few moments later as you stop at an intersection, you aren’t able to keep from noticing the attractively dressed young woman crossing the street.

On your way home you stop at the grocery store and catch yourself gazing at the seminude models that adorn the magazines by the checkout counter.

When you finally get home, you plop down in an easy chair and flip on the TV. As you channel surf, you’re exposed to more of the female anatomy than I found in the pages of Playboy when I was a kid.

I looked at him and said, “You’re absolutely amazing. If that’s true, you’re stronger than Samson, godlier that David, and wiser than Solomon.”

I’ll never forget his response. He sat down and stared at me for a half minute without uttering a word. And then he said, “I never though of it like that.”

I’ll guarantee you, if Samson, David, and Solomon were here, they’d all say, “You can’t defeat your lust alone!”

You can’t reform your lust.

“OK,” you may be thinking, “maybe I can’t beat it. But I can make myself better. I can reform my lust.”

I frequently talk with new Christians who think that becoming a follower of Christ means the lust problem is solved. It’s as though they think Jesus waved some sort of magic wand over them and-presto!—their sinful nature was transformed. Their lust was gone.

When they discover that their problem with lust seems even worse than before, they decide they’ll study the Bible and pray more. Much to their surprise, that doesn’t seem to solve the problem, either.

“The very command that was supposed to guide me into life was cleverly used to trip me up, throwing me headlong.” [1]

As sinful human beings, our lustful appetites are so evil, they’ll use God’s good commands to tempt us. Like a rod stirring up dirt that has settled to the bottom of a jar of water, so God’s law excites our lust. Forbidden things are more exciting. Women who are off-limits take on a greater appeal. God says don’t and our lust says do. God says do and our lust says don’t. 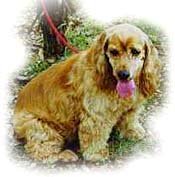 Trying to reform our lust is like trying to make a dog into a person. For thirteen years a buff-colored cocker spaniel named Pumpkin graced our family. Over those years I taught Pumpkin all kinds of tricks. She obeyed the common commands like sit, lie down, and roll over. I also trained her to jump through a hoop, close a door, sit on her hind legs, and fall over as though dead when I shot her with an imaginary gun.

Yet in spite of all my training, I couldn’t keep Pumpkin from acting like a dog. She always did doggy things. She ate things people tried not to step in. She sniffed other dogs in places only dogs sniff. She went to the bathroom in public. No matter how well I trained Pumpkin, she was still a dog.

Similarly, your sinful propensity doesn’t reform when you enter a church. It doesn’t change when you come to faith in Christ. You can go to church, read your Bible, pray daily, and even lead a ministry without reforming your sinful nature. Paul said,

When we fall under the domination of our sinful nature, we’re capable of doing anything evil, whether we’re believers or not. When controlled by our lust, we can no more do good than a dog can talk.

Yet when dealing with their lust, men sometimes think they can reform it. They deny its evil power.

You may grow as a Christian. You may become more like Christ in your spiritual nature. But in the flesh, in your sinful nature, you’re no better than the day you trusted Christ. And because your lust is driven by sin, you can’t reform it.

You can’t starve your lust.

One of the problems I have with a lot of recovery programs is that their primary emphasis is on abstinence. They think the key to defeating an addiction is to stop the behavior. Now, please don’t misunderstand me. We can’t control any addiction unless we stop acting out. But if that’s all we do, it won’t work. We’ll simply change addictions. For example, our lust will transfer from sex to alcohol. And if we stop drinking, it will move on to shopping or work or gambling.

It’s impossible to starve our lust to death. Until the day we’re with the Lord, we’ll struggle with sin. A number of years ago I read a poem that describes the struggle and defeat we experience when we fight against our lust alone. It’s entitled “The Yipiyuk” (by Shel Silverstein).

Like the Yipiyuk, your sinful nature will resist letting go. For a while you may ignore it. Later you may insist it doesn’t really have a hold on you. But if you hope to break its power, you must first realize it’s there and admit you don’t have the power to dislodge it.

Hopefully, you’ll tire of fighting a losing battle. Paul did. In desperation he cried out,

If someone as spiritually together as Paul realized he was fighting a losing battle, isn’t it time for you to do the same thing? I know giving up isn’t easy. But it’s a step you must take if you’re going to find lasting freedom.

You may now begin to see your powerlessness to overcome your lust, and sense your need for God’s help.

As a next step, we suggest that you read author Bill Perkin’s excellent book When Good Men Are Tempted. Bill details a biblical plan for sexual integrity—one that works, with God’s love and assistance.

ChristianAnswers.Net can put you in touch with a Christian that can correspond with you privately and confidentially about your problem by e-mail. Send your message if you would like help. Go…


This answer was an excerpt from When Good Men Are Tempted, by Bill Perkins, published by Zondervan, 1997 (used by permission).

Supplied by Films for Christ / Christian Answers with permission from Zondervan.

Copyright © 1998, 2013, Films for Christ, All Rights Reserved—except as noted on attached “Usage and Copyright” page that grants ChristianAnswers.Net users generous rights for putting this page to work in their homes, personal witnessing, churches and schools.