for language and some crude humor 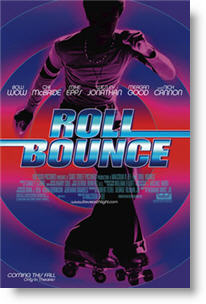 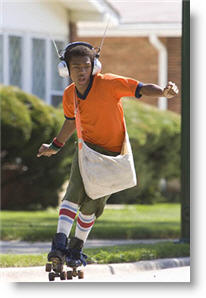 Here’s what the distributor says about their film: “In the late ’70s, when roller skating was a way of life, X (Bow Wow) and his pals ruled supreme. But when the doors of their local skating rink close, it marks the end of an era and the beginning of another that sees the boys venture into foreign territory—uptown’s Sweetwater Roller Rink, complete with its over-the-top skaters and beautiful girls. Through his preparation for the showdown of the season—the Roller Jam skate off with the Sweetwater crew—X manages to find himself and also help his dad (Chi McBride) get back on track.”

Neutral—I read in the newspaper that it was a good family movie. There was repeating of two profanities, and the objectifying of young teenage girls made me uncomfortable taking my pre-teen boys to see. Hence, parental suggestion is advised.
My Ratings: Average / 3½

Shantell, age 29
Movie Critics
…has an amateur feel and drags on too long… Essentially a television movie about rollerskating…

Movieguide
…a feel-good, family-friendly movie, but too many crudities and obscenities…

Preview Family Movie and TV Review, Mary Draughon
…It’s too bad that these super-slick ’70s sensations have to go and ruin everything by being so preoccupied with sex and exhibiting such a propensity toward profanity.