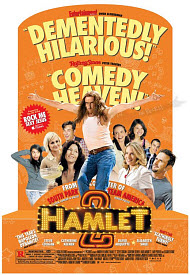 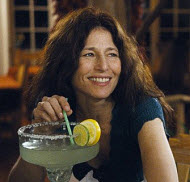 What is “blasphemy”? Answer

Has science disproved the miracles associated with Jesus Christ? Answer

Could Christ have sinned? Answer

Archaeology—Have any burial sites been found for the people involved in Christ's life and death? Answer

Here’s what the distributor says about their film: “In this [very] irreverent comedy, a failed actor-turned-worse-high-school-drama teacher (Steve Coogan) rallies his Tucson, AZ students as he conceives and stages a politically incorrect musical sequel to Shakespeare's ‘Hamlet.’”

Movieguide
…I laughed zero times at ‘Hamlet 2,’ which is aimed at campy men and the women who find them hys.TER.Ical. It would be right at home in a 75-seat off-off-Broadway theater in the West Village, and may win over the same crowd that deems ‘Waiting for Guffman’ a classic. …

Kyle Smith, New York Post
…poorly executed, undercooked comedy… There might be an actor who could overcome Andrew Fleming and Pam Brady’s scattershot script and Fleming’s flat direction, but it isn’t Coogan. He flounders…

Hank Sartin, Time Out New York
…rotten… Jesus Christ rides shotgun on Hamlet's time machine into the present day, where rockabilly singers greet him with a rousing chorus of ‘Rock Me, Sexy Jesus’ — we're told he has a hot swimmer's bod. He counsels the suffering Dana to forgive his Dad and then, suspended by wires from the ceiling, rises toward heaven and forgives his own. Umm, no—that's not in scripture. Even more damning for a satire, it's not that funny.

Michael Machosky, Pittsburgh Tribune-Review
…Why so vulgar?… why is it so hard for Hollywood writers to create the naughty without resorting to dirt? …It is also tiresomely crude.

Lisa Kennedy, Denver Post
Hamlet 2: It is not, nor it cannot come to good. …Jokes that must have seemed hilarious on the drawing board… survive long past their jest-before date. Gags of genuine wit, meanwhile, such as Keener's scathingly contemptuous wife and Shue's real-life portrayal of herself as a disillusioned actor, are flattened by Coogan's steamroller. …

Peter Howell, Toronto Star
Comments from non-viewers
I haven't seen this movie, and when I saw the trailer, at first I thought, okay, but when it got to the part about making fun of Jesus, why would you want to make fun of Jesus. I mean I sometimes like to watch family guy, and sometimes the jokes are funny (with the exception of Jesus and God jokes,) but they don't always do this, making fun of Jesus seems to a theme about the movie. When it comes down to the other guy's comment, there is nothing wrong with romantic, but why does Hollywood sometimes feel the need to make fun of an important figure, Jesus christ our savior?