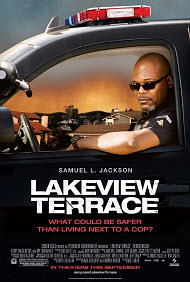 Get biblical answers to racial hot-topics. Where did the races come from? How did skin color come about? Why is it important to have a biblical foundation for such issues?
Interracial Marriage

“What could be safer than living next to a cop?”

In Matthew 19:19 Jesus commanded that we “love our neighbor;” he might not have been talking about those living on Lakeview Terrace. Starring Samuel L. Jackson (“Black Snake Moan,” “The Negotiator,” “Deep Blue Sea”) as the veteran police officer and candidate for worst-neighbor-ever, Abel Turner, Patrick Wilson, and Kerry Washington (“I Think I Love My Wife,” “The Last King of Scotland”) as the newly married first-time-home buyers Chris and Lisa Mattson, “Lakeview Terrace” takes the viewer on a never disappointing emotional roller coaster.

Chris and Lisa move into their first home with great dreams of building their family (although they disagree about the timing). The odds seem to be stacked against them as an interracial couple—even Lisa’s own father disapproves of their relationship. Turner is also not a big fan; his prejudice against the couple is the source of most of the disagreements between the neighbors. Tensions run high and tempers flare with neither side really wanting to back down. A.T. (Turner) spies on the couple, destroys their property, and sets an irreversible course of action that will lead to someone’s death. Chris and Lisa try to go to the police, but, their cries go unheard of since A.T. is a law man. Lisa’s father argues that A.T. has “the right color on his side… and that color is blue!”

Christian viewers may be pleasantly surprised to finally see a film with no nudity; however, there are scenes of sensuality and married sexuality. And, unfortunately, there is no shortage of coarse language, which seems par-for-the-course for Samuel L. Jackson characters.

“Lakeview Terrace” is a water cooler conversationalist’s dream—topics include race, prejudice and racism, interracial dating and marriage, the characteristics of good neighbors, marriage and family relations, police accountability, and so much more.

The movie is a thrill ride of twists and unexpected turns-of-events that kept me on the edge of my seats. If you can get past the bad language, this is a great movie.

Positive
Positive—Quality of movie: This was a well made, well acted, and well produced movie with a different storyline than most audiences are used to. Usually, we see the white man picking on the minority, but this time, it is the black man who does the instigating. The Lord tells us to love our neighbors, not abuse them.

Morality of movie: There was a little bit of violence. Samuel L. Jackson’s character is shot at by a criminal. Later on in the movie, Jackson shoots a man in the back.
There were far too many swear words for this movie to be PG-13 rated. Last time I checked, I thought a PG-13 movie could only have one f-word. There were 2 “F bombs” and numerous “S bombs.” The taking of the Lord's name in vain was constant throughout the movie. There were also some racial slurs. The Bible says, “Let no corrupt communication come from your mouth.”
There were a few instances of very short sex scenes between a married couple. Patrick Wilson is also seen naked from the side while covering his front with a pillow.

Overall: This was a well made movie that I enjoyed watching, but I would definitely NOT take children to see this.
My Ratings: Moral rating: Offensive / Moviemaking quality: 4

Greg, age 21
Positive—“Lakeview Terrace” is a masterpiece! I’m amazed that after “The Wicker Man,” one of the worst movies I’ve ever seen, Neil LaBute made one of the best movies I’ve seen in a long time. I’m glad I decided to stop misjudging him from that film and give some of his other films a chance. Not only are the visuals in this film stunning, but Jackson and Wilson deliver some of their most unforgettable performances. I was glad to see that Jackson and Washington, who helped portray the evils of slavery in “Django Unchained,” take on roles set in modern America that demonstrate how black-on-white racism is quickly developing in the country. Indeed, this is a refreshingly bold, much-needed film! Neil LaBute is not afraid to be politically incorrect to portray evil as it should be portrayed. (To be fair, “The Wicker Man” does portray feminism as evil; the problem is that the obscene ending outweighs any potential positive political message.)

I was very pleased with the redemption in this film, and how the good guys don’t give up. Wilson and Washington’s characters are clearly committed to each other as husband and wife, and even when they get mad at each other, they are determined not to let evil get the best of them and ruin their marriage. They are excellent role models.

That said, the reviewer is right. Yes, it is a great film, but yes, there is a lot of language. Also, although evil is consistently portrayed as evil and good wins in the end, some of the evil shown can get pretty disturbing. There is also some immodesty. Thankfully, all of the sexual innuendo is in the context of a lawful and very strong marriage. If you’re interested in this movie for its thrills, I promise there is so much more reason to watch it! Please don’t walk away from this film! I can’t wait to see it again. My Ratings: Moral rating: Average to Better Than Average / Moviemaking quality: 5
My Ratings: Moral rating: / Moviemaking quality: 5

Gabriel Mohler, age 26 (USA)
Negative
Negative—…This movie was so full of sin and so offensive. The cursing is the most I have heard in a PG-13 movie from my recent memory. The wife walks around in a barely concealed robe. My husband looked away during these scenes. During one scene, Samuel L. Jackson’s character throws a bachelor party. There are female strippers who grind the other main character's face. There are many scenes of cleavage and even showed the young daughter dancing around in her bikini.

SLJ's character also yells at a suicidal man, trying to help him commit suicide. Yes, the movie was well acted, but STAY AWAY FROM THIS MOVIE! I was so shocked it was rated PG-13. This movie should have been rated “R.” No doubt about it.
My Ratings: Moral rating: Extremely Offensive / Moviemaking quality: 4

Taylor, age 28
Negative—Went to see this movie with my 24 year old daughter and we were both disturbed by the outlandish racial behavior from A.T. Also his crudeness with his children. He needed some serious therapy. Without giving the ending away, I can't by a Christian conscience say he got what he deserved, even though my hostility toward the character approved it. I really was wanting him to somehow learn from consequences of his poor way of handling things. His children rarely liked being with him and he didn't have many friends. I believe his anger from the circumstances of his wife's death prevented him from loving anyone in a healthy way.
My Ratings: Moral rating: Very Offensive / Moviemaking quality: 4

Karen, age 46
Negative—Phil 4:8—“whatsoever things are pure. …think on these things.” I am quite concerned that Christians can listen to our Lord's name being taken in vain over and over and over (not to mention the other foul language). Yes, my husband and I rented the movie and tried to watch it, but, in good conscience, we could not allow it to play. We turned it off, wasted our money on the rental and honestly felt convicted over the 20 minutes we did watch. Please do not watch this film, and if you do, please do not recommend it to anyone else. The Lord gave His life for us, let's not allow the world's disrespectful view of Him to come into our homes uncontested.
My Ratings: Moral rating: Offensive / Moviemaking quality: 4

Lynn, age 34 (USA)
Comments from young people
Neutral—OK this one was good… BUT it bugged me very much at how racist the black man was! Everything he said about people had to do with them being “vanilla ice” or “little chocolate drop.” That was VERY annoying.

There are some scary parts… bad humor (trying to be funny but they're not)… fights… break-ins… intimate scenes… .

I like bits and pieces of it, but, overall, it's not anywhere near the top of my list.
My Ratings: Moral rating: Offensive / Moviemaking quality: 3½