for sexual material including some suggestive dialogue, some violence and thematic content. 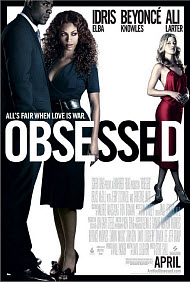 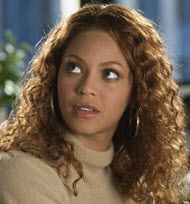 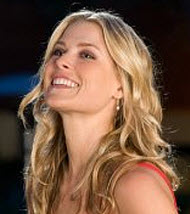 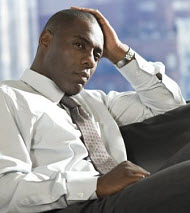 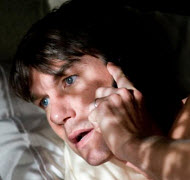 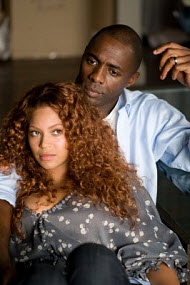 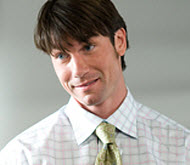 Christian Divorce and Remarriage—Under what conditions may Christians divorce and remarry? Answer

“All’s fair when love is war.”

Every so often, in the quest for the next big hit, Hollywood writers and directors try to remake a successful movie; and just as often, the remake does little to satisfy. Such is the case in Steve Shill’s “Obsessed” starring singer Beyoncé Knowles and Idris Elba (“Tyler Perry’s Daddy’s Little Girls,” “American Gangster”). This wannabe “Fatal Attraction” has its moments, but it leaves much to be desired; this is probably due to Beyoncé’s lackluster and hardly believable performance.

Elba plays Derek Charles, a charming corporate exec who finds himself in the midst of an office scandal when a temporary worker named Lisa (Ali Larter) makes unwanted sexual advances toward him. Attempts to thwart her pressure only lead him into more hot water when his wife, Sharon (Knowles), refuses to believe that Derek has not been lecherous. The charges are compounded given the fact that Sharon is a former assistant to Derek; their relationship started as an office tryst. Lisa is certifiable and will stop at nothing to have Derek all to herself.

The action of this film is quite formulaic; nothing new here. There were moments where the suspense was worthwhile; both Elba and Larter give laudable performances, despite the predictability of the script. The film may have been more enjoyable had it not been for the inclusion of Knowles in this role. Despite her commercial success as an R&B singer, Beyoncé has a very limited acting range. She continues to be given roles because of her A-list celebrity status, but they tend to be one-note characters—such is the case in “Obsessed.” Perhaps a more seasoned actress could have lifted this performance to a higher level.

The film is a Christian educator’s gold mine, though. One could argue that the script is loosely based upon the Genesis account of Joseph and Potiphar’s wife. Determined not to defile himself by committing adultery, Joseph rejected the woman’s advances, and he ended up in the dungeon. Such is the case with Derek Charles; he purposed in his heart that he would keep his marriage vows and wound up in the clutches of a devious psychopath. The recurring theme in the film is transparency and honesty between husband and wife; secrets can have tragic consequences. The film has an anti-divorce message that is rare to see in Hollywood productions.

Middle of the road; this writer gives Obsessed a C-.

Positive
Positive—This is one of my favourite movies, and as a fan of obsession thrillers, this film was acted, filmed and directed well. This shouldn’t be a comparison to the brilliant “Fatal Attraction,” as “Obsessed” is a completely different storyline. In “Fatal Attraction,” the main male character sleeps with the psychopathic woman, whereas in “Obsessed” the main character has no sexual relations with the psycho woman except for when she sexually assaults him twice.

“Obsessed” is more psychological than “Fatal Attraction,” as “Obsessed” is about an unstable woman’s twisted fantasy triggered by someone merely just being nice to her; she is like that due to her personality, the guy had nothing to do with it, the obsessive personality type always needs to focus on someone. It gets you thinking that every person’s focus should be on God, which is the most healthy thing to be focused on.

Ace, age 32 (United Kingdom)
Neutral
Neutral—There are numerous sexual references. One sexual encounter is hinted at, but not fully shown. One character is shown scantily dressed. Not a lot of excessive cursing, but a few of the characters do use swear words. I did like the depiction of the marriage of the couple in the film. It was presented as solid. When the husband is told by a co-worker that he should take advantage of the attention that women give him, the husband consistently announces his faithfulness to his marriage vows. The wife says at one point that she “does not come from a family of divorce,” indicating that she takes marriage seriously. Unfortunately, if you’ve seen “Fatal Attraction” (1987), you’ve already seen this movie. The plot is predictable, and the trailer gives away the ending.
My Ratings: Moral rating: Offensive / Moviemaking quality: 2

Comments from young people
Neutral—When I went to see this movie I thought it was going to be awesome. Well, I was right and wrong. There is A LOT of sexual content and some swear words. The thriller of the movie made is good. That’s about it, not to much to say. It was pretty boring.
My Ratings: Moral rating: Good / Moviemaking quality: 3½