for language and some threatening behavior. 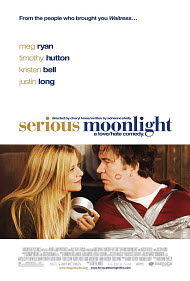 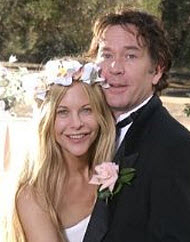 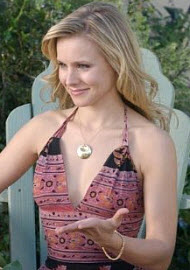 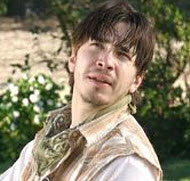 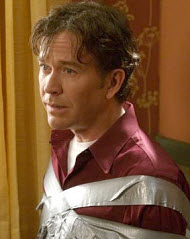 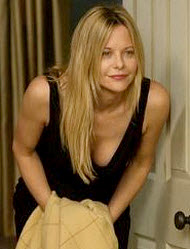 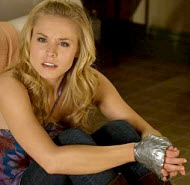 How far would you go to save your marriage? “Serious Moonlight’s” protagonist, Louise (Meg Ryan), a successful attorney, discovers the answer to that question when she returns home to find herself greeted by a surprise romantic weekend planned by her husband, Ian (Timothy Hutton), but much to her dismay, Ian hands her a breakup note telling her he has been having an affair with another woman (Kristen Bell), and wants to end their marriage of 13 years.

Devastated, Louise will not let Ian leave their house until they work through their relationship problems, but Ian refuses to stay and tells Louise that he does not love her anymore. Determined to save their marriage and make Ian fall in love with her again, Louise must take drastic measures to keep Ian in the house, so she throws a vase of flowers at his head, knocking him unconscious. Much to Ian’s surprise, when he regains consciousness he finds himself duct taped to a chair completely unable to move.

Later, Ian pleads with Louise to untie him so he can use the bathroom, but when he attempts to escape Louise knocks him unconscious once again. When Ian wakes up this time he finds himself taped to the toilet, leaving him with no choice but to talk through their problems. When Louise leaves the house to buy groceries for a romantic dinner, a young burglar (Justin Long), posing as a lawn boy, robs their house and attacks Louise after she returns home, causing Ian to reflect upon what matters most to him in life.

Louise’s resolve to work through their marital problems and her commitment to their wedding vows is the most positive and refreshing theme throughout this film. Louise continually reminds him of their wedding vows and how they represented a promise of lifelong love and commitment to each other through good and bad times. She reminisces with Ian about their wedding day and how he reassured her that his love for her was real and enduring. Louise tells Ian that a relationship ending is like a death.

This film also emphasizes the importance of a strong foundation for relationships. Louise tells Ian that his relationship with Sarah could not have any real substance and is not built on the kind of emotional intimacy that makes relationships last. Louise also reminds Ian that all he ever wanted to do was marry his best friend, and he did when he married her.

“Serious Moonlight” also brings to light some common problems that can strain marriages and also emphasizes the importance of talking through these issues. As Ian and Louise continue to talk through their problems, we learn that they are unable to have children, and Ian feels that Louise no longer needs him, because she is more successful than him. Ian feels like he is a joke and is no longer the strong man that she married, but Louise reassures him that she does need him and cannot imagine life without him.

Without completely giving away the surprising twist at the end, there is another very important lesson for viewers in this movie. After Louise returns home with the groceries and the young burglar attacks Louise, Ian becomes very defensive and angry, as he is forced to listen helplessly to the burglar attack his wife. When the burglar leaves Louise’s unconscious body in the bathroom, Ian fears for his wife’s life and begs for her to wake up, as he begins to reminisce about the special things that represent their love and life together. Ian does not realize what he has until he is faced with losing it. Ian feels remorse for his mistakes and deceit, as he is reminded why he loves Louise. When Louise wakes up, Ian recommits his love to her and resolves to work through their problems.

Even though Louise’s commitment to save their marriage is refreshing, her method of holding her husband hostage to get him to discuss their relationship is rather harsh. The profanity in “Serious Moonlight” is heavy, as viewers witness Ian and Louise exchange some very unkind words. There are at least 17 uses of the f-word, 3-5 uses of the s-word, 2-3 uses of the word b***h, 2 uses of G** d**n, and the Lord’s name is misused at least 6 times throughout this film. Other offensive language includes 4-6 rude terms used to describe the male and female anatomy.

Ian and Louise’s vicious bickering is hard to watch at times. Ian tells Louise on several occasions that he does not love her anymore and that she is ugly, a psycho, and pathetic. “Serious Moonlight” also has a lot of violence, for its genre. We see the burglar hit and kick Ian several times, and we also hear him attack Louise off screen. Louise also throws several large vases at Ian, knocking him out. The burglar inappropriately touches Louise’s chest and makes sexual remarks about her body, while Ian watches helplessly.

“Serious Moonlight” is certainly an atypical romantic comedy, but the cast members’ convincing performances brought their characters to life. While this film’s stance on marriage, as portrayed by Louise’s character and her resolve to save their marriage, is honorable, the pervasive language, violence, and the film’s somewhat darker tone make this film a less than ideal choice for Christian audiences. If you are looking for a cleaner and more uplifting romantic comedy that reveres the institution of marriage, I recommend, skipping this film and watching, “Did You Hear about the Morgans?” instead.