Legend of the Fist: The Return of Chen Zhen

for strong violence, martial arts action and some language. 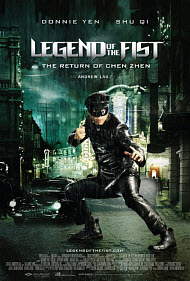 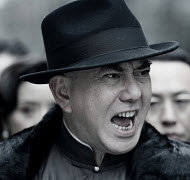 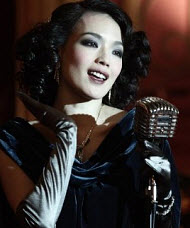 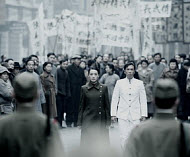 mercilessness vs. mercy and grace

This movie is historically positioned in 1925, when Japan is seeking to invade China. China, itself, has been divided, because of the international conflict, and Club Casablanca, in Shanghai, seems to be a place of “refuge” amidst the turmoil. The refuge, however, is home to spies, mobsters, British and Japanese military, who are all looking to have their slice in taking over the country.

Qi Tianyuan (Donnie Yen) returns to China after fighting along with allied forces in France and brings with himself a legendary history that Japanese forces did not expect. During the day, he is known a Qi, and is suspected only of being a regular assistant manager in Club Casablanca. But covertly, he is known as the Masked Warrior, who is determined to unite China and overcome the Japanese invasion by facing them head on.

Profanity: As indicated by this movie’s “R” rating, there is a significant amount of cussing in it. “Damn” is used in forms and phrases about 3 times. A string of 6 F-bombs is used toward the end of the movie. “A**hole” is used twice, “sh**” is used once, and racial slurs like “yank,” “chink,” “japs,” and “yellow” are used repeatedly throughout the film.

Smoking, drunkenness, and gambling are acted out repeatedly in various moments, throughout the film.

Sex and Nudity: Since this movie is based only in the 1920’s, there is a bit of modesty to peoples’ dress, but since the majority of the film is centered on a club environment, tight dresses, some cleavage, and women shown flirting and having an exciting time while surrounding men by the dozens portray sensuality.

There is no full frontal nudity, but there is one scene when Donnie Yen is chained to what seems to be a miniature crucifix, and he has no clothes on, while only the side of his buttocks can be seen, to give the insinuation that he is naked.

Violence/Gore: While this movie may not be a slasher film, it does have its fair share of bloody scenes and very graphic detail of injury and death. The gun fights show bloody bullet injuries and shots to the head. There are some fight scenes where sharp knives and other objects are used, and the penetration of the blade or object in the body is clearly depicted. Even during the fight scenes, when just hands and feet are used, Donnie Yen places the opposition in some pretty painfully looking positions that can be a bit difficult for those that are not used to watching violent fight scenes.

The movie is also about war, and the Japanese carry out multiple assassinations by hanging, strangling, explosions, throwing people from buildings, and hitting them with cars. The camera never pulls away, nor does it leave any room for the imagination.

Spiritual/Philosophical concepts: Buddhism and Eastern philosophy are the norm for martial arts movies. There are some shots of temples and Dojo’s, which have religious art or calligraphy, but nothing that would give you the idea that Eastern ideology is the main thrust of the film.

Donnie Yen, in one portion of the movie, has a conversation with his girlfriend Kiki (Qi Shu). Kiki asks him if he is afraid to die? Donnie Yen says to her, “Everybody dies, it’s a matter of dying for something worthy.” I could not agree more! Though the Masked Warrior might have something different in mind, for Christians, to live is Christ and to die is gain. There is nothing more worthy to die for than Christ! Mark 8:35-36 says:

For whosoever will save his life shall lose it; but whosoever shall lose his life for my sake and the gospel’s, the same shall save it. For what shall it profit a man, if he shall gain the whole world, and lose his own soul?

Though there may be multiple “causes” in life that many may see as worthy to die for; for us who have eternal life, the gospel and Christ should over ride them all! And the painful reality that all men everywhere die should cause us to seriously consider where we will spend our eternity.

While this movie has very good choreographed fights scenes, high flying stunts, and gravity defying action, I do not recommend it to anyone who is a discerning Christian, nor do I recommend children watch this film. If it were not for the profanity, vulgarity and and the graphic nature of the violence, the movie would not be half bad. However, there is enough unholy and ungodly content that will likely taint your conscience, and I do not suggest watching this film just to satisfy your curiosity. Spiritual maturity is not a sufficient excuse to expose yourself to this kind of movie. Just because there are some things that are pleasurable to the eyes, does not mean we should find it entertaining.