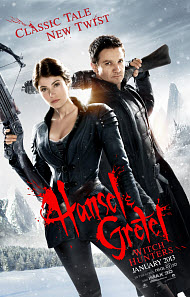 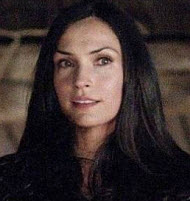 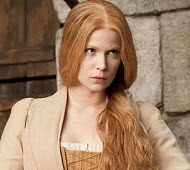 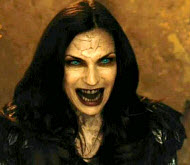 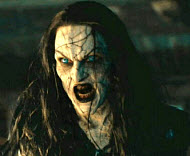 protection of the innocent against evildoeers

The popularity of “monster mash-ups” in literature has inspired a trend of revised fairy tales for modern audiences. “Hansel and Gretel” is the latest—an ultra-violent, sometimes profane film, both aware of its absurdities and dedicated to making the most of them.

It’s been years since gun-toting siblings Hansel (Jeremy Renner) and Gretel (Gemma Arterton) were lured into a witch’s house and nearly eaten. Now, they roam the old country dispatching witches wherever they’re found.

When children mysteriously begin to disappear in one village, the team is summoned. Their arrival coincides with the suspicion of witchcraft falling on Mina (Pihla Viitala), whom Hansel believes is innocent. Roaming about in the wood unearths a coven of witches, with a dastardly plot involving sacrifices on the blood moon, led by Muriel (Famke Janssen). Worse, she has a plan for Gretel that none of them anticipate, forcing Hansel, a local farm boy, and even a soft-hearted troll to go on a rescue mission.

Fans of films such as “Abraham Lincoln: Vampire Hunter” will find a lot to enjoy in this campy, big-screen horror-comedy. It knows not to take itself too seriously and simply allows its cast to have fun. Some of its gags are almost too obvious (such as “have you seen this missing child?” labels appearing on milk bottles), and the plot isn’t the best (various twists and turns you can see coming), but it’s still entertaining. It never professes to be a masterpiece or even particularly memorable. Renner and Arterton have wonderful chemistry together as siblings, wholly devoted to one another’s safety, and the minor characters (the hero-worshiping Ben, and the lovable troll “Edward”) are truly wonderful.

Content-wise, there’s scattered brutal violence throughout; it’s not frequent, but it’s always bloody. Witches are pummeled, blown up, shot full of holes, and explode into chunks. One has her head cut off with a shovel. A troll bashes people about and stomps one man’s head, which splits like a ripe melon. There are a half dozen f-words. A woman disrobes to swim in the nude with Hansel (we see her fully nude backside and, briefly, her bare breasts); it’s implied through polite conversation later that she and Hansel slept together. Ben sponges off Gretel’s face and neck; when he gets too close to her cleavage, she wakes up.

Two things in particular may disconcert Christian audiences: the witchcraft and the level of violence toward women. Gretel is a very tough girl; she nearly bites a man’s nose off and head-butts him on another occasion. He has his thugs beat her near nearly unconscious. And, although Hansel gets his fair share of being knocked around, Gretel bears the brunt of the violence. Since all witches are female, it’s women being blasted into bits, kicked through roofs, pummeled with weaponry, and beheaded.

Different kinds of witchcraft are explored, which are reminiscent of “Wicca” (supposed “good” magic) and “Witchcraft”; one is evil and used by the villains to bring about terrible magic (the witches believe by sacrificing a dozen children under the blood moon and carving out a “white witch’s heart,” they can become immortal); the other is a “white witch” (a “good” witch, whose powers are not used for evil). This plot point becomes very important in the second half, when we unearth three “white witches.” As Christians, we know that any form of witchcraft is expressly forbidden by God, and there is no such thing as “white magic.”

“Hansel and Gretel” is an engaging story with some good messages about heroism and sacrificial love. Unfortunately, there’s also brief nudity, profane language, a lot of gore, and confusing messages about the occult.

Positive
Positive—It’s rated “R,” it’s not going to be perfect. But then again, that’s no excuse, but hey, that’s Hollywood for you. The main reason why I went to see this was because it looked like it would be like “Van Helsing (2004),” and trust me, if you loved “Van Helsing,” you’ll like this a lot. …There were about 7 f-words, and a couple of our Lord’s name in vain, and nudity, that I have to “shield” my eyes from. And dramatic violence and disturbing images. That’s pretty much it, but if you’re the sort to get squeemish, then don’t watch it.

I viewed it as a movie-goer, but still kept in mind of what was wrong and right. Of course, I found myself to be lenient with this film, because it had a good plot. I find that I see witches in a good light, as much as I did before, which is good (the fabrications people constantly display confuse the poor mind). But in the end, there are a couple of “good” witches, but it still doesn’t seem to outweigh the horrid witches throughout the film. But see it! If you love action and a good plot, I recommend this movie for 17+, like the rating. But keep a good mind while watching it. God bless!
My Ratings: Moral rating: Offensive / Moviemaking quality: 4

Paulina, age 19 (USA)
Neutral
Neutral—I just watched this movie and found that it was well done, but with more swearing that I was comfortable with. Also the witches are quite scary. I would definitely NOT recommend this movie for younger children, or older ones, either. There is one scene with frontal nudity of an attractive woman. (Which is why I wouldn’t recommend this movie for even older children. Adults even need to be on guard. I didn’t check out this movie before watching it and had to do some dealing with the Lord afterward, because of this scene.)

Lastly, the spiritual content was completely devoid of anything resembling the truth. One of the witches blasphemes directly against God, and the only way to stop her involves “white” magic. However we know from God’s word that God is still in control and that all real magic is of the only source of spiritual power outside of God, that is the devil. All in all, even though the movie was done rather well, because of the moral and spiritual issues I would not recommend for any Christian to go see this movie. There are just too many of Satan’s lures and traps in it. I expected this movie to be somewhat violent, but the gore in this movie was extreme at times, with bodies being torn apart or shredded on camera.
My Ratings: Moral rating: Offensive / Moviemaking quality: 4

Arthur, age 41 (USA)
Negative
Negative—I didn’t know what I was getting my self into on this movie, since it was a spur of the moment invite from friends. I think the plot to gore ratio is like 1:10! It’s so over the top that it almost makes you sick to your stomach (and I loved “Braveheart”). It was extremely dark, and there is a nude scene. I wouldn’t recommend it.
My Ratings: Moral rating: Extremely Offensive / Moviemaking quality: 3

Clay, age 30 (USA)
Negative—The negative warnings in the site’s review of the film are all valid. I have only this one thing to add. While the witches were cartoonish and almost laughable, I discerned a very real presence of evil in this film. It is a doorway better left closed than opened by viewing this film.
My Ratings: Moral rating: Extremely Offensive / Moviemaking quality: 5

Laura S, age 45 (USA)
Comments from young people
Neutral—Watched this film with my family tonight… Not really sure what I think about it. I would definitely not recommend it for anyone under twelve, it’s extremely gory and very violent. There’s also one nude scene, but where the guy swims nude with the “good” witch, and quite a bit of cussing. God’s name is also taken in vain, and a witch insults our Lord by saying that He’s scared of her. Furthermore, I do not believe there are “good” witches. I think it sends out the wrong message to young/new Christians. Praise God He’s got Satan under control!!
My Ratings: Moral rating: Very Offensive / Moviemaking quality: 4½

Alice Stonam, age 16 (South Africa)
Comments from non-viewers
Neutral—“Hansel and Gretel: Witch Hunters” looks dumb, more than anything. On the positive, the brother and sister duo are fighting witches, not joining them. I saw one comment say “white magic” is used by the heroes. Why couldn’t they have had miraculous abilities from God, instead of “white magic”? Sad. Just sad.

Peter, age 22 (USA)
Negative—Oh my gosh!!! When is everyone finally going to stop taking fairy tales and “twisting” them to make them “fresh” and “original” It’s getting old. So, it seems we have another stupid mixed up fairy tale and Oh, look, Hansel and Gretel are no longer kids who shoved the witch in the oven, they are all grown up and hunting witches! Oh dear… I can not fathom why anyone one would see this thing. Now, I am going to find an relatively original movie to watch this weekend…