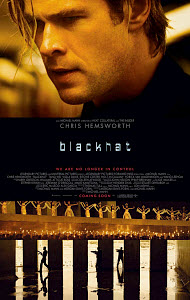 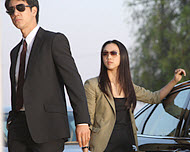 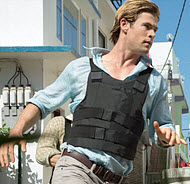 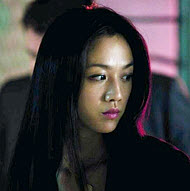 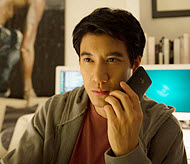 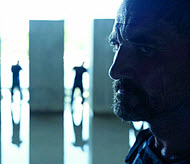 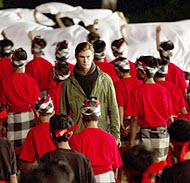 illegal computer hacking for maliciousness or for personal gain

theft in the Bible

A Christian must take the Bible seriously. Philippians 4:8 comes to mind as a wonderful gift that we can use as a filter in life and certainly when movies are the subject, due to the extreme violence and other ungodly themes often used in films. Using this filter then, before getting into the review, I have to give two thumbs and all fingers and toes down on this film, due principally to the violence and mayhem. The word that came to mind as the ending unfolded was macabre.

This is not a movie for a sincere Christian, due to these themes being the real subject throughout the last half of the film. If you look around at the increasing global violence due to extremists and the deranged, and you are disturbed by it, you could make the simple case that the contents of this movie pay homage to it.

I volunteered to review this film because I work as an Internet security engineer. The film’s theme, you will find, is not hacking, it’s violence and mayhem. I asked myself “how are they going to spin up a movie off the subject of hacking? If they succeed, it could be an interesting film”. Well that didn’t happen.

There are some lame attempts to show the innards of circuit boards, with some flashing lights that are supposed to be electrons moving inside circuit boards, a la “Tron,” but the effects are of no real use. They are a great example of why computers and hacking cannot be made into the substance of a movie. Obviously, they took the idea of hacking because it’s been on the increase, as personal and credit information of literally 100’s of millions of customers has been stolen from the likes of Target (the CIO was fired), Home Depot, and scores of other firms in the past couple of years.

The film was directed by Michael Mann, and that should be a hint. Some of his films, like “The Last of the Mohicans” (1992) are filled with similar gore. He also produced “Miami Vice” on the small screen in the 80’s and the film in 2006. What has changed, sadly, since the TV “Miami Vice” is that the bad guys are now presented as not-so-bad, and that is the undercurrent in this movie. The criminal is sought by law enforcement, and he is glorified because he’s smart.

Blackhat” starts out slowly, and the first 20 minutes or so try to lay the groundwork and but end up being rather boring. So they spice it up by introducing the main character, Nicolas Hathaway played by Chris Hemsworth (“Thor”) as some kind of savior, because no one in law enforcement is capable of un-hacking the hacker. Then there’s the completely improbable cooperation of the Chinese with the FBI.

This is the undercurrent mentioned above, that the criminal (or the “bad boy”) is to be seen as a sort of hero misfit, rather than a lost soul in the extreme. This character type is now a staple in films. Francis Shaeffer would roll over in his grave due; he predicted 40 years ago this glorification of evil in our society (How Should We Then Live, 1976) specifically in the arts.

Once it’s been decided that Hathaway will be the hero, the film builds rather slowly to the violence, and it succeeds wildly in portraying it, due to the contrast of the banality of the first 30 minutes. From there, it continues to hike it up several notches. The film tries to create mystery by not revealing who the perpetrators of the violence are working for, waiting until late in the film to reveal the mysterious blackhat. But the violence continues unabated. I think a better title for this movie would have been Black Violence.

I haven’t said much about the plot or the acting, precisely because that isn’t the point of the movie. You can’t do much character development with bullets and blood flying around constantly. The pure evil of Blackhat’s assassins is meant to be the excitement of the movie. The overall presentation of the characters is somber, angry and fear-filled. I find many action “R” films to be that way in the last 15 years—an obvious example being just the the title, “Dark Knight.” It is true that Hemsworth’s character is more than a smart hacker, because he seems to be the only one who is able to see clues and begin to get ahead of the criminals. I found this stilted and unreal. The police who accompany Hathaway are, therefore, predictably shown up by the ex-con, throughout. The police are even used to glorify dishonesty by disobeying their superiors, as they “help” Hathaway hack into government computers to keep the hunt going.

There is less than normal swearing, and very little sex displayed. The only sex is a couple lying in bed kissing with clothing on. It fades away quickly to the next scene. However, it does imply unmarried people sleeping together. It truly got its R rating primarily from the over-the-top violence. As bad as it was starting midway through the film, the ending sickened me; there’s no way to soft peddle it. I left the theater disgusted. The bad guys go on a rampage, and we are lifted (lowered?) to a whole new level of murderous acts, scores of innocent people in packed crowds are mowed down by the bad guys in their last ditch attempt to kill Hathaway.

If you read and meditate on Philippians 4:4-8 before you consider seeing this film, you will not be disappointed in not seeing it.

The astute Christian sees the violence escalating in the world on all continents and knows it has its nexus in Satan. God has been withdrawing His Holy Spirit from the world. His Spirit protects man from his real nature (which lifts sin onto a throne) from a reprobate nature by grace, just as Paul said in Romans 1. He is now giving the lost over to their repetitive and grossest sins to let them live in the consequences of it.

I am so saddened after having worked as a volunteer mentor to sexually abused children for years to see the underbelly of evil regularly esteemed in films and enjoyed by youth, including Christian youth, because we adults allow it to proliferate at all levels in our culture. My question is, with the real world awash in new levels of violence, why are we contributing our entertainment dollars to a machine that keeps producing this product? At least we have this Web site to help filter it.

If you are a parent, consider watching the BBC documentary, “Deborah 13: Servant of God” to see what godly parenting can result in.