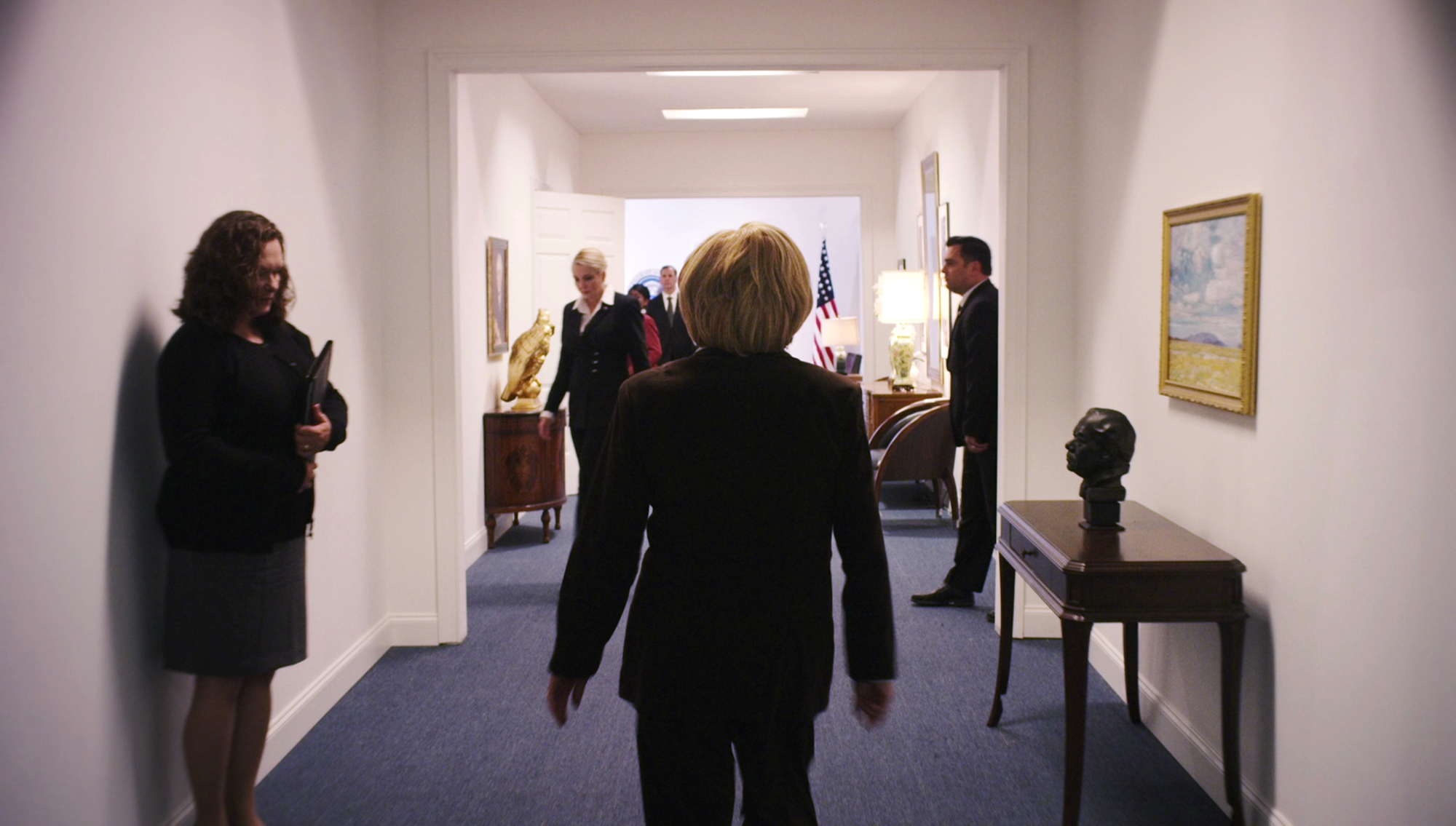 Hillary's America: The Secret History of the Democratic Party

for some violence, thematic elements and smoking. 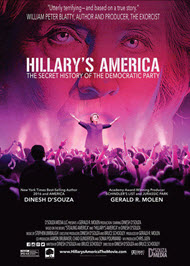 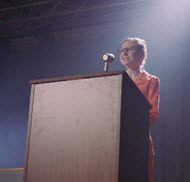 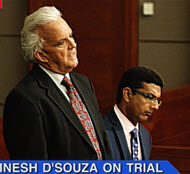 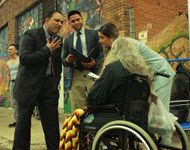 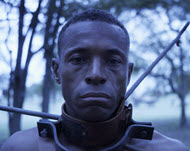 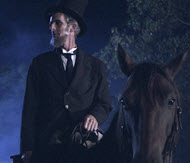 Who is Dinesh D’Souza? (Wikipedia)

VOTING—Do Christians have an obligation to vote? Answer

Get biblical answers to racial hot-topics. Where did the races come from? How did skin color come about? Why is it important to have a biblical foundation for such issues?
Slavery

“Hillary’s America” is a documentary directed by Dinesh D’Souza and Bruce Schooley that examines the history of the Democratic Party, including its past presidents and supportive organizations. The movie confronts the prevalent claim that the Democratic Party has long advocated equal rights and economic advancement for all races. This contemporary perception is contrasted with evidence of racism in the party’s history. The movie takes viewers from the early 19th century to the present to investigate how Democrats’ policies originated.

The documentary examines the relationships of different demographics to the two major political parties. It shows how many Democrats supported slavery in the lead-up to the Civil War, and that the opposition to slavery in that era came predominantly from Republicans. As a result, blacks were generally aligned with Republicans in the late 19th and early 20th centuries. The movie depicts the Ku Klux Klan forming during that same era as a Democrat-affiliated organization created to persecute blacks in order to stop their rising political power in the Republican Party.

The concept of progressivism is analyzed from a historical standpoint. In contrast to the widely held belief that progressive policies promote human rights and economic advancement, the documentary contends that the real intent of progressive policies is suppression by the government through social engineering. The movie depicts Franklin Roosevelt’s New Deal, Lyndon Johnson’s Great Society, and the community organizing movement, as using social and economic advancement as pretenses to attract minority voters, while actually intending to perpetuate economic and racial inequality to keep people dependent on the government for aid.

The documentary also looks into the history of Planned Parenthood and the philosophies of its founder, Margaret Sanger. It depicts her support for birth control in connection with eugenics and highlights the racist views she expressed. The documentary makes its case against modern Democrats by pointing out their influence from progressive activists who supported the manipulation of society through government programs.

The content of “Hillary’s America” is structured and presented very well, with reenactments of historical scenes that seem quite believable. I consider this documentary’s strongest point to be its argument against the notion that the positive societal developments in U.S. history came through Democrats overcoming Republican resistance. I believe this movie will stimulate intriguing discussions regarding contemporary perceptions of the U.S. political parties.

Violence: There are several scenes involving shootings, whippings, or beatings. Many of those scenes are emotionally intense, and twice there are somewhat graphic injuries shown. There is also a scene of a woman being forcibly held down by medical staff to undergo surgery without her consent.

Sexuality: A man signals for a woman to get in bed with him for coerced sexual intercourse. There is discussion of rape, but no graphic dialog or imagery.

Language: The N-word is used once, and there are three or four mild obscenities.

Other: There is a KKK cross-burning scene.

Positive
Positive—As a person with a background in history, I found it a well-thought out documentary. I especially appreciated the nuances between the Republican and Democratic parties with regards to the Civil Rights Era. Although not specifically presented with a basis on the Bible—the basics of the movie show the undercurrent of Biblical values—work hard, fairness, equality, willingness to right a wrong. I would recommend without question.
My Ratings: Moral rating: Good / Moviemaking quality: 4

Casey Scharven, age 51 (USA)
Positive—This is a must see movie for every American. Dinesh could not have done a better job.
My Ratings: Moral rating: Excellent! / Moviemaking quality: 5

Jude, age 25 (USA)
Positive—My wife bought me the book which this movie is based on, so I just had to see the movie. This movie should be required viewing in all American schools. Our public funded indoctrination centers (public schools) have been brain washing our kids for decades with their re-writing of history. So why not open their eyes with historical facts. Ask any graduate from public schools who Winston Churchill is and you will see blank stares. The dumbing down of America has always started with our public schools.

All blacks and democrats should see this movie. Maybe some of the scales will drop off their eyes. Most liberals will be amazed, the others will run out of the movie before its at the half way point. This movie was filled with facts, most of them I already knew, being a historian, and always pretty much up on current events. Even though I knew that all of this information is the truth, I am still glad I watched it, I did learned some more history. A must see movie.
My Ratings: Moral rating: Excellent! / Moviemaking quality: 4½

Robert Garcia, age 69 (USA)
Positive—D’Souza triumphs again bringing us verifiable (somewhat discouraging and unknown-to-many) HISTORICAL TRUTH. Remember that there will be “opposition research” done on this movie, and if D’Souza gets ANY of these facts wrong, he will be sued till the Lord returns, so, trust me, he gets it correct, historically. The movie-making style is compelling and encouraging; hopefully it MOVES us from being “enraged” about the evils that have been done, to being “engaged,” that is, wanting to pray, work, give, and vote to see America’s precious Biblical and Constitutional foundation (the source of our God-given liberty) preserved for us and our children.

This movie is NOT a “hit piece” but rather disseminates truth, that I formerly did not know, about people and political parties. AND, I used to be a registered Democrat, so no one can suggest that I have an agenda or “ax to grind.” Go see the movie, and bring skeptical, “truth-seeking” friends and family who are willing to be touched and changed by historically verifiable facts! D’Souza’s “Capra-esque” movie-making style and raw patriotism always brings tears to my eyes—good tears of thanksgiving to God for, as Patrick Henry said, “The holy cause of Liberty!” Mark Matta, 58
My Ratings: Moral rating: Excellent! / Moviemaking quality: 5

Mark Matta, age 58 (USA)
Positive—I thought the description of the movie on this Web site was accurate, so I won’t repeat all that was written. The violence, while hard to watch, was historically accurate. The master coercing the slave girl showed him sitting in bed watching her reluctantly get in next to him—no nudity—the scene ended, and the rest is assumed. This was a common occurrence in slave households.

The movie was believable, to me, because I’ve watched watched liberals take over the public school system, the universities, religion, Hollywood, the media—it is very easy to see these steps as part of a design to eventually control every aspect of this country, which the movie describes as the Democratic Party’s ultimate goal (stealing America). I wondered about fact checks, because I haven’t read the book, but, apparently, from what I’ve read on-line, the book is well-supported by references and footnotes.

The movie was indirectly a rallying cry to conservatives to make sure they get out and vote, because the alternative to not electing a conservative president in November is too painful to even imagine. The movie ended with the most beautiful arrangement of the National Anthem that I’ve ever heard. The theater was half-full and everyone applauded. It only opened on Friday (I am writing this on Sunday), and, already, it is the most successful documentary on record.
My Ratings: Moral rating: Good / Moviemaking quality: 4

Deborah Vickers, age 64 (USA)
Positive—This movie was very informative, but hard to watch, at times. It had the history of the Democratic Party, in all its ugliness. Would recommend for all Americans, but, beware, some parts are not pretty.
My Ratings: Moral rating: Average / Moviemaking quality: 5

Sheila, age 61 (USA)
Positive—This movie is informative, but very depressing. The lies and deception of the Democratic party and Hillary are just mind blowing. This isn’t a fun movie, but it is important to be informed. God help our country if these crooks stay in power.
My Ratings: Moral rating: Better than Average / Moviemaking quality: 4

Osmondfan1 (USA)
Positive—I am a UK citizen. We have seen the mud slinging in the news. How Mrs Clinton even had the audacity to stand is beyond me. The democrats have a very dark past that they need to apologise for and show remorse. I knew little about American politics before, however I probably know more than most now.

Hopefully the freedom that the Internet gives us has in someway helped the American people. Donald Trump won the presidency this morning 9th November 2016. I hope he stands up for the historical values of the party he is representing and more than that I hope he stands up for Americans and other people of the free world, wherever they are, whatever colour they might be, whatever nationality they may be. I hope he puts a stop to the radical Muslims that just seem intent on annihilating all other religions. I hope he protects the living standards of the common man/woman. I hope he works to seek world peace. I wish him and all the American people well.

I strongly recommend you to watch this film, especially if you are American. You may be surprised.
My Ratings: Moral rating: Excellent! / Moviemaking quality: 5

Ted Baehr, Movieguide
…5 Stars out of 5!… I was completely blown away. …

Dr. Karen Siegemund, Politichicks
…It is over the top in places and definitely selective, but the troubling facts are accurate and extensively documented in the D’Souza book that accompanies the movie. The film is intensely patriotic… The audience that streamed out of the Cleveland premiere felt energized rather than depressed by the film. …

John Fund, National Review
…a mixed bag. For those who focus on the short-term and want to see Hillary Clinton defeated, this movie will be very appealing. For those who want a long-term, educational movement, perhaps there will be sequel that might incorporate parts of Arthur Thompson’s latest book To the Victors Go the Myths and Monuments.

Clayton Dillard, Slant magazine
…so much intellectual dishonesty in this film…

Louis Black, The Austin Chronicle
…a dip in the Cuyahoga - while on fire - would be a more pleasant experience…