America: Imagine a World Without Her

for some violent images. 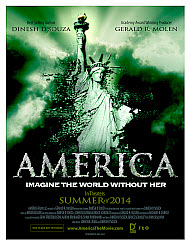 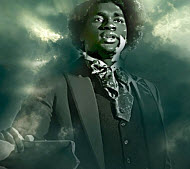 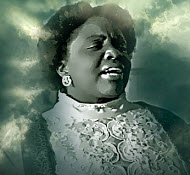 Was George Washington a Christian? Answer

What is the legal and moral role of the Bible and Christianity in the U.S.A.? Should God be separated from American government? Answer

America—Home to beneficiaries of revolutions. Revolutions for right. Revolutions for liberty. Revolutions of commerce. Revolutions of creativity. Revolutions of thought. The author of, “America: Imagine The World Without Her,” like our ancestors came here in response to rumors of vast freedom, a new way of life under a government “of the people.” Like so many who have served in our military, the gentleman’s name, Dinesh D’Souza, no longer belongs in the category, with me, of a beneficiary. He has earned his stripes and is paying for his stand financially and may soon pay with his freedom.

Today, these rumors of liberty Mr. D’Souza came to experience, live under the shadow of a long list of accusations. For those abroad not intimately associated with the oppressive guilt that has been lorded over the American people, “America” spells it out well. For those in the United States, more every day, who stand against this well-orchestrated attack against the hotbed of liberty America has been, it is an encouraging film; it provides answers. It provides hope.

The film “America” illustrates succinctly, and answers with dignity and honesty, the question of our national integrity. This generation knows the dissensions to that integrity quite well. They are rampant in the public school system and stand tall in our colleges. D’Souza, an educator and the son of an anti-colonialist himself, addresses these issues from a fresh perspective—from that of an educated, intellectually engaged immigrant. His analysis may surprise you. It is balanced with an understanding and consideration for what the world once was and what is has now become—with rightful emphasis on what good this blessed nation has brought to the entire globe, through Christian influence and a passion for the birthright of all men, “life, liberty and the pursuit of happiness.”

The most likely audience for “America” is a conservative one. That’s fine really—we should know his perspective, since we are all immigrants, ultimately. Alas, it does go a step further than most documentaries of its kind, lending more time to display the views which oppose America for her imperfections and sins before venturing into well thought out responses. The colors and illustrations in “America” are not cheap or cheesy. Dinesh produces an entertaining piece of education which is not sparing in distinct professional quality, and some downright gorgeous camera work.

This film contains a small bout of profanity, since it includes audio and video clips of the well-known followers of Rules for Radicals, and the philosophically Luciferian leader of the left, Saul Alinsky. That includes an audio of American President Barack Hussein Obama’s former pastor of 20 years, Jeremiah Wright shouting, “God d**n America!”. There is little to nothing else in this film which approaches offensive material.

I encourage you to see “America”. When you are done, go see “Agenda: Grinding America Down”. The Web site even has a Marx chart for sale, which illustrates how the lines of the Left lead to perhaps the most well groomed politician in history, fashioned for his part against liberty right in the hotbed of liberty.

Stay strong—America, trusting in the God that “preserved us a nation.”

“O thus be it ever, when freemen shall stand
Between their loved home and the war’s desolation.
Blest with vict'ry and peace, may the Heav'n rescued land
Praise the Power that hath made and preserved us a nation!”
—The Star-Spangled Banner

For more information about this film, see the official site: AmericaTheMovie.com

Positive
Positive—Very good movie we all should and must see. It is a little scary at the first but is positive and uplifting! It shows what would happen if America did not exist. Also, it shows how many of our critics are wrong about what they try to teach for history. Learned some new things about our history even as a past history teacher.
My Ratings: Moral rating: Excellent! / Moviemaking quality: 4½

Ken, age 60 (USA)
Positive—Excellent! What a GREAT film to see on Independence Day with my teenage son. We all thought it very concise and insightful. Thank you Dinesh for helping to expose the lies being feed to the uninformed by those whose agenda is the destruction and fundamental change of our country. Proverbs 11:11 and 14:1.
My Ratings: Moral rating: Excellent! / Moviemaking quality: 4½

Tori, age 40+ (USA)
Positive—A thought-provoking film that reveals many neglected aspects of America’s history. Saul Alinsky, author of the much-admired 1971 twelve “Rules for Radicals,” plays a major role. If any of his rules disturb you, number thirteen should be “see movies like this”—forewarned is forearmed. (Incidentally, Bryan Miller’s score is effective.)
My Ratings: Moral rating: Excellent! / Moviemaking quality: 4

Richard, age 46 (USA)
Positive—This movie shows the vast contrast between what is being falsely propagated about America and the real truth. America should take this to heart and adhere to the great ideals that have made this nation great.
My Ratings: Moral rating: Excellent! / Moviemaking quality: 5

Daniel, age 47 (USA)
Positive—This is a wonderful movie. Dinesh D'souza shows both sides of the argument and then leads you to a convincing conclusion. This documentary shows us why we should be PROUD to be Americans. This is a must see for everyone living in the land of the FREE!
My Ratings: Moral rating: Excellent! / Moviemaking quality: 5

Rebekah, age 18 (USA)
Positive—I really liked the quality of the acting in the portrayal of historical figures in this film—was well done. I thought the film was fair in showing both sides of American History, and really goes out of its way to make room for liberals to actually speak their mind in the film. Um, you never see this in Michael Moore’s films, if only to make us look stupid. D’Souza doesn’t make light of, nor make excuses, for tragedies such as the Trail of Tears and Slavery. These indeed are tragedies that need to be acknowledged, and what I liked is that though the film does not excuse them, it does however do a reality check and exposes that these things were going on everywhere in the world, and what sets America apart is our unique response to these individual tragedies in righting these terrible wrongs (something that would never have happened anywhere else but America). This is the point of the film I think.

I’m also glad that the film took the time to explain the controversial subject matter of why slavery was left open in the founding document. The founders understood that everything couldn’t be done overnight, that keeping the union together would have been impossible to maintain. The rest is left up to history and God’s timing, to raise up the right men, Lincoln and King, to set right what was wrong. Patience is the better part of valor (my emphasis here). See all »
We live in an instant download society, with all of man’s knowledge at our fingertips, so we just have a tendency to want to ask more of our historical figures than we ought to. Leftward-leaning political critics of this film are going to say that Dinesh D’Souza is merely excusing, or white-washing, American mistakes. But that’s not the case at all. He is simply giving you the true history of America, in that through our acknowledgment of God’s guiding hand, in shaping his will through human history, these biblical American principles can revive us again, despite the onslaught of the culture war being unfairly waged against us. I hope that made sense what I just said.

Good film. Two Thumbs Up. See you at the movies!!!…

Chris, age 42 (USA)
Positive—I went to see this well-done documentary, America The Movie. It is a great educational experience for the entire family. Everyone who loves America should take the time to see this movie/documentary. Also, I believe every student including international students should go watch it. It gives you a true appreciation for America, and it is based on TRUTH. It should be rated PG not PG-13.
My Ratings: Moral rating: Excellent! / Moviemaking quality: 5

Jude, age 25 (USA)
Positive—I’m an immigrant to America from formal USSR. I live an American dream. I got to this point (thanks to God) not by conquest, lie, or any other sin. My taxes pay for the road my parents one day may use to come here, as well. God bless America. … oh yeah, watch the movie, it’s good.
My Ratings: Moral rating: Excellent! / Moviemaking quality: 4½

Vladislav, age 37 (USA)
Comments from young people
Positive—D'Souza is once again overall successful in exposing important truths for our society. For one, the preface of un-patriotism explained by Dinesh at the start should have already been alarming to any American, considering how prevalent yet subtle it was. However, the movie continued by addressing indictments against the uniqueness and freedom of America and, for the most part, answering them thoroughly. It’s definitely recommendable from this lens.

However, some objectionable content: It’s a movie that is likely not going to be a favorite for younger kids, since it is a documentary, and thus has a lot of explanation as opposed to much action.
My Ratings: Moral rating: Excellent! / Moviemaking quality: 4

Jathan, age 14 (USA)
Comments from non-viewers
Negative—I will not be viewing this film. It is just another of a line of false prophets which attempts to make a financial gain by preying on the fears of those in our church who worship the idol of patriotism. It sickens me to see the state of our church today, which has irrevocably damaged our witness through disrespect of authority. God commands us to “submit yourselves therefore to the governing authorities, because there is no authority that has not been established by him.” (Rom 13:1).

The church can do so much to impact this world and to save souls and bodies, but instead we have failed to fix our eyes on the author and perfector of our faith but have settled for being just another political action group. Shame on us and shame on filmmakers such as this one who feed this sinful appetite.