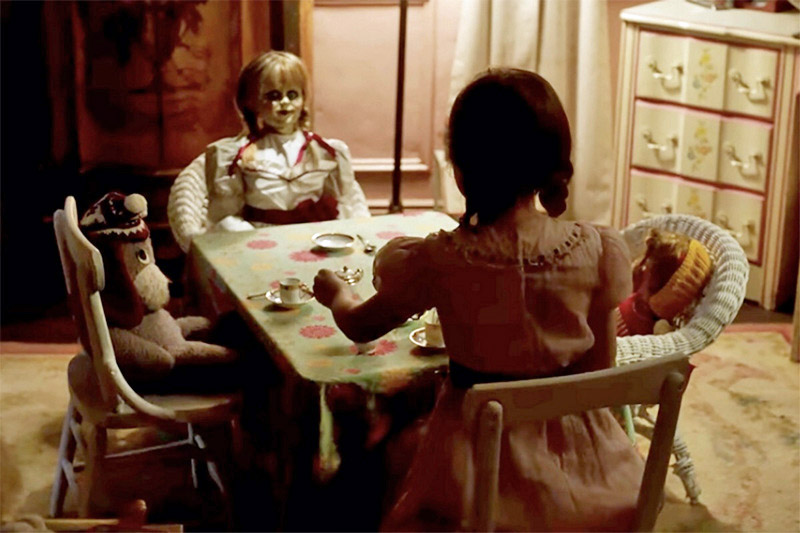 for horror violence and terror. 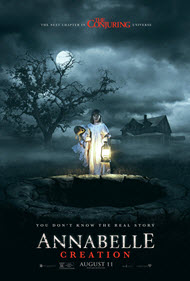 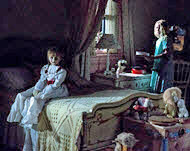 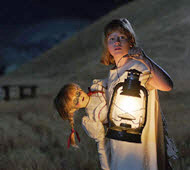 orphans and adoption in the Bible 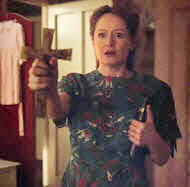 I viewed this film before release, sitting with the director, a priest, several seminary professors, and the President of Grace Media (who invited us all). As the guests spoke, I found out that the director had no faith, the priest was typical with his blessings and crossings, and the professors were rather weak and willing to accept whatever traversed the screen. I don’t mean to say anything negative about the latter, only that the film was far from Evangelically “Christian,” and that is the sphere of the professors who hailed from my own Protestant theological construct (the lead being from my own graduated seminary).

Here’s the deal, “Annabelle: Creation” is a prequel to the first “Annabelle,” and if you haven’t seen that installment you will not understand several moments of this. I understand now that there is a whole community of filmmakers who connect via the horror genre, and “The Conjuring” was mentioned several times as a relative of the “Annabelle” flick, not to mention that the evil presence in the film was very visually reminiscent of the one who appears in the “Ouija” films (which I previously reviewed).

“Annabelle” is presented as a spiritually provocative piece that scares the “bejesus” out of everyone with moments of sudden violence and mayhem. It is meant to provide a scary, thrill-ride experience, and probably not to feed anyone’s soul or to teach anything spiritual, except that we all had better know what the heck we believe or get on it post haste! This is not a movie that anyone can endorse without caveats, and as a pastor, I’ll admit that I was enthralled in many moments with the simultaneous thought, “I’ll definitely have to explain this later.”

Did the characters use profanity? Not really, as just about every instance of such was immediately amended to a prayer or Catholic aphorism. I think the worst of it was when the father exclaimed “D*mn!” just before a terrible accident, so I would categorize this movie as very, very mild verbally. There was no sex in the film save the adolescent ardor for boys that the girls of the orphanage were ogling in some school book. Violence was not throughout, but when it arrived, it was definitely scary. People were cut, slammed, dropped, grabbed, jerked and possessed. So the movie delivered its intended effect, and nothing about it ends very uplifting.

If I had to explain the film, I would say that it’s about a family (with a Gepetto-like father) who lost a child, and then invited their departed loved one’s soul back to dwell in one of the man’s Pinocchios. One doll subsequently came to life, but we never really see it move (which actually adds to the Halloweenie feel of the film). What really animates Annabelle turns out to be a minion of Hell, and what you would expect from such an unexpected guest is exactly what you get.

Theologically speaking, I have a few qualms. First, Catholicism is used as the stereotypical symbol of Christianity, yet Protestants would remind everyone that the Gospel was denied by the Catholic Church during the counter Reformation. I bring this up because, in the film, one of the girls is possessed by a demon. This cannot happen to a true, born-again Christian. God possesses the believer, and no demon of hell has power over God to commandeer a human Christian.

Yet we see the girls “Confess” to their “Sister” and connect with the priest “Father,” and still they are taken by Satan. Hmm. Were these “Catholic” girls really “Christians?” I would say “no.”

Funny, too, is the fact that this immaterial demon seems to be very corporeal, as doors block his entrance and smashing his fingers seem to have a repellent physical effect. He also seems to have been tracking this Catholic lot since long before the current story. A sequel prequel???…

Now, the Bible never tells us that “things” may be possessed. The nearest thing we read about in Scripture is that human beings during the time of Jesus could be possessed by demons, and that living animals could, for a brief time, also be inhabited.

It is rather pagan to hold that objects, like a doll, would have special powers or be imbued with demonic spirit entities. It is the same stuff of idolatry, where carved wood and stone images creep the minds of people to the point that they credit said objects with supernatural power and look to them as bastions of answered prayer.

The Priest on the panel was there because actors, in general, are a superstitious lot. Though rarely Christian, actors tend to think the spirit realm is real, that theaters are haunted, and that you should never say to them before a play, “Good luck.” Instead, you should always say, “Break a leg,” lest you “jinx” their performance (I know this because I was a thespian in college and briefly thereafter). So, the priest was hired to bless the current set, while the former episode says that current, right now, Roman priests perpetually incantate the satanic doll (which is stored in a cabinet).

This is all literally hocus pocus, and par for the course, as I was given a St. Benedict charm on my entrance to the film. On it were the words “a safeguard against the demon that is…Annabelle!” Oooh, so ominous! They gave me a fetish, a pagan piece of metal to ward off evil! Kidding me?

So, do I recommend the movie? It is a thrill ride; that’s it. If your faith is strong, and you understand spiritual verities, a lark through scaryville may do you no harm. But if you start pondering whether your Christian sibling is actually possessed by an incubus, because of this movie, you better see your Pastor and exorcise the HORROR GENRE cold-turkey! Popcorn anyone?

Editor’s Note: As always, we strongly recommend that followers of Christ keep their focus on pure, holy and lovely things, and truth, rather than on things fouly violent, evil, ugly and in error, even if it is “just a movie” and ultimately fictional. Fantasy demonic violence is not suitable entertainment, and this SUPERNATURAL HORROR movie seems to offer nothing truly beneficial.