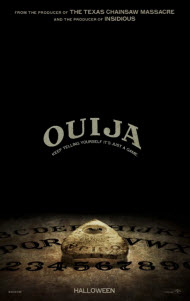 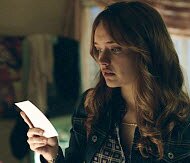 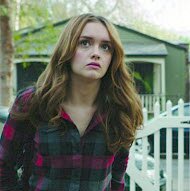 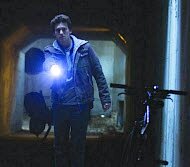 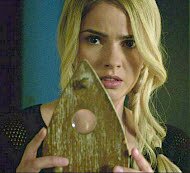 History of Ouija board (Wikipedia) 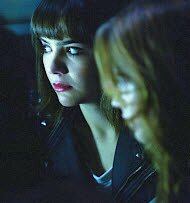 dealing with death of friends 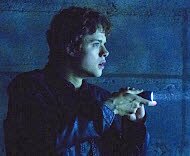 Well, guess what all the kids are going to want for Christmas? Ouija! It’s funny how such a thing from so long ago, forgotten even, can get a resurgence of interest by somebody making a movie about it. Let’s hope this isn’t the case, but despite the fright the movie may put into audiences, it probably also leaves them intrigued about the Ouija’s supposed powers. Ouija (pronounced WEE-JA), the board game for which the movie is named, has a long history of use in occult Spiritualism in this country, and, in the early days, it was the standard device in any decent séance.

The movie begins with kids playing the game, just like so many of us did before we came to Christ or had any cause to suspect its negative realities. The kids then grow up, and they play again, only, this time, it doesn’t turn out so happily. Throughout the film, the phrase, “It’s just a game” gets repeated, but everyone watching suspects that this isn’t the truth, and we too should probably be wary anytime something with questionable spiritual connections is described as “just…”

I didn’t realize there were rules to using Ouija boards, and perhaps they exist beyond the normal instructions included with Hasbro’s modern “toy,” but something immediately telling is the movie characters’ invocation at every commencement of its use. The players all recite, “As friends we’ve gathered; Hearts are true. Spirits near, We call to you!” Never mind that nearby spirits may want to kill you, just cast this rhymey spell to get the party started!

In the story, a friend dies. As a result, the other friends attempt to make contact with the departed soul to see if the friend’s death was suicide or murder. What ensues is a barrage of demonic special effects, heart pounding moments of fright, and more death. Violent scenes depict people being snatched suddenly, their eyes glazing over and becoming possessed, then dying by some terrible and unsettling means. The Ouija turns out to be a conduit between worlds, and the malevolent spirits will not let go of the teenage mediums (of which all the participants have unwittingly become).

Several statements are made in the movie that are fairly biblical, as one gal warns about seeking answers from the dead (Isa 8:18), and another ponders whether they have broken some spiritual rule. Deuteronomy 18:10-12 names all the practices involved with Ouija and ends with “Anyone who does these things is detestable to the LORD.” So whether or not a Ouija-rule was broken to make the players vulnerable to malevolent spooks, the big rule they break is violating God’s law. The unbiblical stuff can be seen in the Ouija spirits themselves. Demon involvement is acknowledged, but then the unbiblical belief that departed human spirits wander about haunting places is also affirmed, and the various “rules” for defeating them are material in nature, and kind of reminiscent of vampire lore with its crucifixes and holy water.

Beyond all the aforementioned that may be found objectionable, there are but a few minor expletives and sundry other things worth mentioning: OMG! was fully expressed, the “b” word, a slang for breasts, and “damn.” There are a couple of similar profanities that are muffled or difficult to hear. It seemed relatively tame for a 90 minute secular PG-13 flick typical of today. There is also a passionate kiss between boy and girlfriend and a little plotting to deceive parents about their rendezvous, but no blatant sexual issues or drug/alcohol use.

As a Christian, this movie reminds me of King Saul, who visited a medium, a witch, and solicited her to contact the dead for him. He was condemned by God for his occultic dalliance, and died as a result. God forbids this sort of conjuring, and though the movie tagline goes, “It’s just a game,” the modern day board manufacturers add to their Ouija insert, “or is it?” It may be that only a few serious board users have ever truly touched the demonic realm, but would you want to be numbered among them? This brief movie will probably keep you from getting bored, I just pray you keep from getting Board.