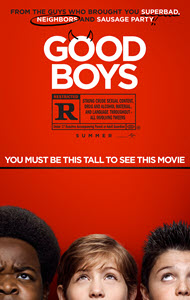 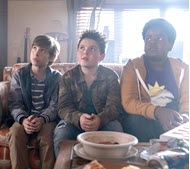 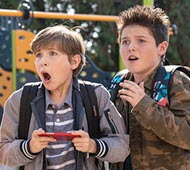 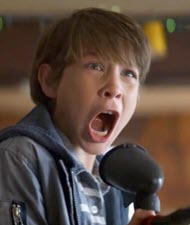 The ethics of using young kids (under 13) to present vulgar, raunchy, risqué sexual content in movies

Improper and sinful attitudes about girls, women and sex

THE FEAR OF THE LORD— What is it? Why is it so very important? Answer

What is goodness and righteousness?

Corruption of childhood innocence by lewd filmmakers with a long record of perverse and extremely offensive content. From our viewpoint, this is a new low—appalling and sad, not humorous.

Here’s what the distributor says about their film: “Three grade boys ditch school and embark on an epic journey while carrying accidentally stolen drugs, being hunted by teenage girls, and trying to make their way home in time for a long-awaited kissing party.

Just how bad can one day get? The minds behind ‘Superbad,’ ‘Pineapple Express’ and ‘Sausage Party’ take on sixth grade hard in the outrageous comedy, ‘Good Boys.’

After being invited to his first kissing party, 12-year-old Max (Room’s Jacob Tremblay) is panicking because he doesn’t know how to kiss. Eager for some pointers, Max and his best friends Thor and Lucas (Keith L. Williams, ‘The Last Man On Earth’) decide to use Max’s dad’s drone—which Max is forbidden to touch—to spy (they think) on a teenage couple making out next door.

But when things go ridiculously wrong, the drone is destroyed. Desperate to replace it before Max’s dad (Will Forte—‘The Last Man on Earth’) gets home, the boys skip school and set off on an odyssey…involving some accidentally stolen drugs, frat-house paintball, and running from both the cops and terrifying teenage girls.

Every time you buy a movie ticket or rent a video you are in effect casting a vote telling Hollywood, “I’ll pay for that. That’s what I want.” What enables Hollywood atheists and leftists to continually attack the Bible in movies and present immoral and even abhorent programming? Money. Christian, don’t be part of the problem. Read our article

Comments below:
Comments from non-viewers
Negative—I have not seen “Good Boys,” nor do I plan to. When I first heard of the movie, I thought it would be something along the lines of “Max Keeble’s Big Move,” “Middle School Worst Years of My Life,” or the cartoon “Ed, Edd, n Eddy;” stories of goofy and silly, but well-meaning preteen boys who learn to be respectful and stop acting out due to unfortunate circumstances (Max Keeble was bullied, Rafe Khatchadorian lost a brother to cancer, and the Eds were bullied on top of having sad home lives). This movie has so much vulgarity and obscenity that one commercial alone made me queasy. Even worse is actual children are playing these parts. Hollywood does not need money, it needs some serious repentance and prayers.

To the cast and crew of this movie, I beg of you to seek the Kingdom of God. My not seeing this movie is done out of love for you. Please read the Bible, repent and turn to Jesus.

Secular Movie Critics
…[Director] Gene Stupnitsky’s “Good Boys” has an endless fascination with hearing preteens curse… script’s constant variations on “f**k”…
John DeFore, The Hollywood Reporter
…“Good Boys” has a little more to recommend it than gross gags. …every joke is about how bad these kids are at being bad…
David Sims, The Atlantic
…a profane comedy that plays off its cast’s innocence. …
Joshua Rothkopf, Time Out Chicago
…a cast of pre-teens in a raunchy and repetitive film that still delivers a consistent supply of laughs… It’s mostly the same jokes over and over: cute kids cursing and not understanding sex stuff. Initially, it’s jolting fun to see these baby-faced boys dropping F-bombs or mistaking a cache of BDSM gear for “weapons” and a sex doll for a CPR dummy. …But…these bits offer diminishing returns. The foul language becomes a bit numbing. …[3/5]
Kristy Puchko, The Guardian
…Despite some endearing passages, Gene Stupnitsky’s uninspired crude tween comedy “Good Boys” is a cringe-inducing affair. …[C-]
John Fink, The Film Stage
…mediocre comedy… Kids say the darnedest things—but mostly the F-bomb—in this energetically uninspired bad-taste comedy. …comes complete with the expected soundtrack full of age-inappropriate rock, rap, and funk tracks…
Dennis Harvey, Variety