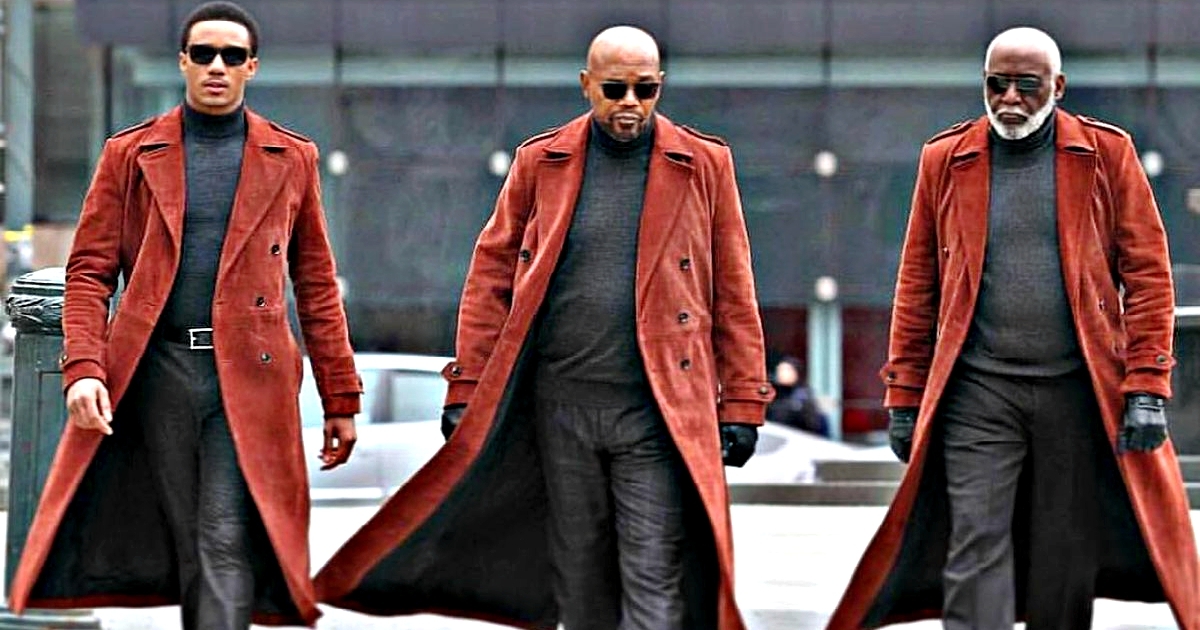 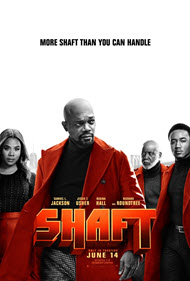 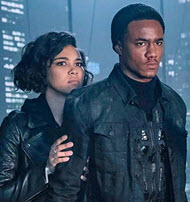 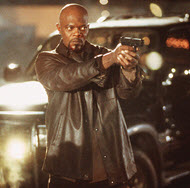 Affects of continual use of crude and vulgar language

What are the CONSEQUENCES of sexual immorality? Answer

Learn how to make your love the best it can be. Christian answers to questions about sex, marriage, sexual addictions, and more. Valuable resources for Christian couples, singles and pastors.
Racism

Will this movie ultimately inspire violent racists? or discourage them?

The movie “Shaft” starring Samuel L. Jackson as Shaft and Jessie Usher as Shaft’s son, JJ, is a continuation of the 2000 version of Shaft. Samuel L. Jackson leads in the title role. I never saw the 2000 Shaft. I know about the original 1971 version.

“Shaft” is one of the first Blaxploitation films from the 1970s. It is about a private investigator who is hired to rescue a kidnapped girl, and he brags about having sex with different women. This modern day follow up to the 1970s film is the same idea, only with more sexuality and with more obscenities.

The story begins with Shaft, Mrs. Shaft whose name is Maya, and JJ being hailed with bullets in 1989. Maya chooses to leave Shaft in order to keep their son away from the violence. JJ grows up with his mother who tries to raise him in a peaceful environment. However, Shaft does send gifts to his son on his birthdays and special occasions, but many of the gifts are highly inappropriate, like condoms for a 10 year old boy—and more.

Despite not having his father around, JJ grows up to be a decent young man. He works for the FBI in the cyber-security department as a data analyst. When his best friend turns up dead from a supposed heroin overdose, JJ tries to become a sleuth in Harlem. As he hits dead ends in his search to find the truth, JJ asks his father for assistance. Shaft is willing to help his son because he feels there might be a link to the man who tried to kill him in 1989. The two embark on a journey through the heroin-infested streets of Harlem to solve a murder.

Unfortunately, the theme of the father/son relationship and family dynamics are lost, because this picture is a plethora of foul language, inappropriate sexual talk, and gun violence. It starts with guns ablaze, and a woman using the f-word incessantly, before the opening credits are shown. In fact, I think that the subtitle of this show should be, “How many times the f-word can be used in a scene.” Samuel L. Jackson is known for his infamous “MF” word. So, he freely utters that throughout the picture. The f-word is the main obscenity used throughout the entire movie. I think it might have been about 150. I lost count, because it is also in the songs that play in the soundtrack.

The Lord’s name is taken in vain several times. There were about 50 forms of the “sh**” words. Several times the d-word is stated. A derogatory word for a man’s privates is verbalized numerous times.

My husband, who is Spanish-speaking, found several vulgar Spanish words that I never would have known. Since I will not write those words in a Christian movie review, I want to advise that the supermarket owner yelled these vile words at Shaft. Spanish-speakers will know what the woman is expressing.

Alcohol and drug usage appear as if they are glorified. There is a naked woman in Shaft’s apartment. The movie also has dead bodies, people getting shot, and fighting shown many times.

There is a scene where they go to a Mosque, JJ’s friend converted to “Allah, not Jesus” while he was in jail. In that scene, men are praying to Allah.

Overall, for me personally, I feel that the profanity, sexual talk, and abundance of gun brutality cloud the true storyline. The story is difficult to follow. As stated previously, 1970s “Shaft” is originally about a private investigator who is hired by a Harlem mobster to rescue his daughter who was kidnapped by Italian mobsters, and he brags about his profuse fornication. This modern day version is the son of Shaft asking his father for help in solving a murder. They talk about a great deal of sex. There is a voluminous amount of violence and drug and alcohol abuse throughout the film.

This film is adults only—certainly not suitable for young people. In all sincerity, this is a meaningless, hopeless movie where the mind and thoughts are filled with obscene words, vulgar sex, glamorizing violence and drugs..

Secular Movie Critics
…What we have here is a failure of imagination and originality… indifferently directed… …nothing-special plot…
Soren Andersen, The Seattle Times
…downright dull… plays like a send-up of the series. …the winking slapstick humor makes “Shaft” feel less like a follow-up and more like a parody… although, perhaps that’s the point… [C-]
Mike Vanderbilt, Consequence of Sound
…it’s always enjoyable to watch Jackson walking around while dropping f-bombs (and mother-f-bombs) all over the place…
Kristen Page-Kirby, The Washington Post
…Despite its sometimes questionable jokes, provocative cultural trolling and a shaky plot, “Shaft” isn’t either a full-on misfire nor blaxploitation rejuvenation. Instead, “Shaft” is a decent, if slightly tepid, action comedy anchored by a hilarious performance by Samuel L. Jackson. …
Charles Barfield, The Playlist
…a modern update that goes completely sideways in all the wrong ways. This Shaft is a bad mother all right, and it’d be better if he just shut his mouth…
Katie Walsh, Tribune News Service
…Toxic masculinity in a sitcom package… with all the antiquated and offensive worldviews from the “good old days” that they could fit in to two hours… [2/4]
Lindsey Bahr, The Associated Press
…an action comedy that’s neither consistently funny nor especially exciting…
Brian Lowry, CNN
…Tim Story takes a classic movie franchise and drains it of all the action, sex and topicality that made it worth revisiting in the first place. Jackson, Roundtree and Usher have star power to spare, but they’re asked to perform embarrassing and ignorant comedy routines, and the action is so unremarkable that the movie can’t even rely on that spectacle to compensate. …
William Bibbiani, The Wrap
…The plotting is so leaden and the fire fights so pro forma that not even the sight of the three Shafts in action can keep this film from sinking under its own weight…
Kenneth Turan, Los Angeles Times
…In the end, this may be a case of a pop-culture icon being dragged down by the weight of trying remain relevant past its prime. It’s not woke, but you can’t call it racist. Maybe racist-ish. Misogynistic-ish. Entertaining-ish.
Kerry Lengel, The Arizona Republic