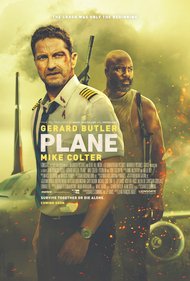 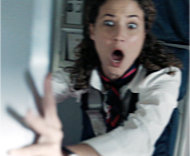 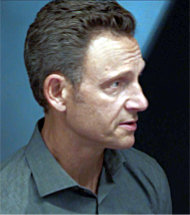 Does God control the weather? Does He send deadly storms? Answer 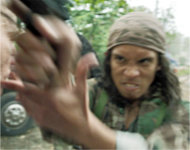 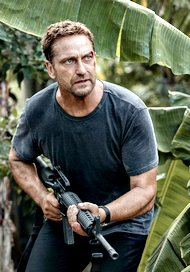 “The crash was only the beginning. Survive together or die alone.”

Captain Brodie Torrance (Gerard Butler) has been flying commercial planes for quite some time. Stationed in Singapore, he has been assigned a small flight (around 14 passengers or so) for Trailblazer Airlines from Singapore to the United States. He also has a special passenger on board, a dangerous criminal being escorted back to the U.S. named Louis Gaspare. During the flight however, the plane is struck by lightning during a horrible storm and has to make an emergency landing in the Philippines.

Here is the problem, though… no one knows where they are, not even Captain Brodie. All the electronics on the plane are temporarily fried, cell phones don’t work. Brodie believes they are in a dangerous part of the Philippines though, and so do the officials at Trailblazer Airlines who are monitoring the situation.

While Captain Brodie and Louis head inland to search for communications of some sort, the passengers and co-pilot are captured by the militants of the island. Time is of the essence though, by both Brodie, Louis and the Trailblazer officials. If they don’t save the passengers in time, those passengers will never be seen again.

This is one flight these passengers won’t be forgetting any time soon.

Nothing is new under the sun. Films in the action-thriller genre follow the same formula and will continue to until movies are non existent: our hero lives a not-so thrilling life, something extraordinary happens to break him from his mold, a lot of tension/drama and action (some of it, as other reviewers state, illogical and absurd), and then everything goes back to normal. Every so often, though, filmmakers will do something out of the ordinary and really excite those of us who really enjoy the THRILL part of the action-thriller.

For this guy, “Plane” really doesn’t offer anything to the genre. A lot of the dialog is cheesy, the action is over the top and brutal and, honestly, this film falls along the same categories of “Olympus Has Fallen” and “White House Down.”

To the film’s credit, the camera work is quite impressive, especially the close-up shots at various points on the island and during the terrifying crash.

Other than that, the movie falls flat. Don’t get me wrong, I’m a huge Gerard Butler fan. Yet, he gets type casted into these same C+ films and after a while it gets to the point where you feel sorry for him and want him to really excel. “Plane” isn’t it.

Violence: Very Heavy to Extreme. When lightning first hits Brodie’s plane, people are injured, including the Captain. People are also injured and killed by gunfire. That combat occurs between the island separatists, Brodie and Gaspare, and a well-equipped rescue team of hired mercenaries. People are bloodied, wounded and killed on a regular basis. There are incredibly graphic scenes involving violence and blood. A large-caliber, high-powered rifle is used to stop vehicles and then to blast open people standing behind the vehicles. There is some hand to hand combat. Some people are stabbed, shot, strangled, kicked; you name it, it’s done. Passengers are also murdered. Someone is decapitated. A room where missionaries were tortured and murdered (as shown in a video) contains blood on the wall. A man gets splattered by a plane as it is ascending.

Alcohol: Some characters are seen drinking alcohol on board the plane.

There are no redeeming morals or themes I can draw from this film, other than bravery and courage.

This is probably the shortest review I’ve written in quite a long time and that’s because “Plane” doesn’t have much to offer, spiritually or entertainment wise. You are unlikely to walk away excited, nor will you walk away severely disappointed. You’ll either walk away with a “meh” kind of feeling or worse, you may experience some nightmares as a result of some of the graphic violence that the you and the Holy Spirit will be subjected to.

In fact, do yourself a huge favor and skip “Plane.” There are plenty of other films that are out there and that are coming out that are more worthy of your time, or better yet read a book. This is one journey you are better off NOT going on…