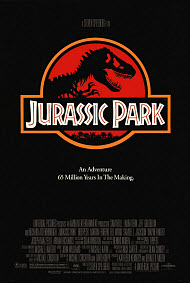 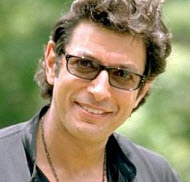 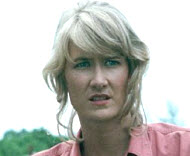 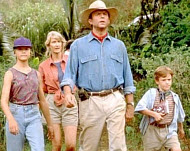 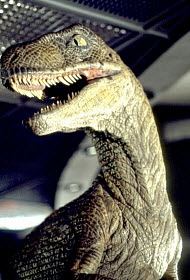 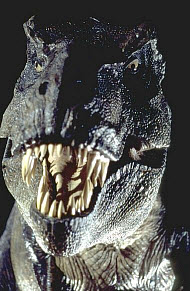 Are dinosaurs mentioned in the Bible? Answer

Have blood cells ever been found in dinosaur fossils? Answer

DINOSAUR ORIGIN—Where did the dinosaurs come from? Answer

WHY did God create dinosaurs? Answer

LIVING WITH DINOSAURS—What would it have been like to live with dinosaurs? Answer

DINOSAURS AFTER THE FLOOD—Following the Flood, what happened to dinosaurs? Answer

The monster moneymaker of all monster movies, “Jurassic Park” proved that society’s curious affair with dinosaurs is far from extinct. As directed by Steven Spielberg (“Jaws,” “E.T.”, the “Indiana Jones” trilogy, etc.), this sci-fi thriller offers edge-of-your seat excitement from yet another of man’s experiments gone awry.

The plot, involving a theme park built around “real-life” cloned dinosaurs, is quite predictable, but the action scenes and breakthrough special effects are so expertly handled that I found my body actually bracing in an attempt to fight off dino attacks against the main characters. There is much discussion of the idea of man playing God and the dangers of interfering with nature, as the dinosaurs eventually break free from man’s dominion and wreak terror and destruction across the film’s tropical island setting.

Some remnants of truth can be found in dialogue such as “You did what you could, but didn’t think if you should” and “God creates dinosaurs, God destroys dinosaurs, God creates man, man destroys God, man creates dinosaurs.” Unfortunately, these thoughts are perverted by the movie’s unceasing barrage of evolutionist propaganda, including casual references to man and dinosaurs being separated by 65 million years, and other theories hopelessly unsubstantiated yet dressed as undeniable scientific fact. In summary, one of “Jurassic Park's” heroes states that if we just let evolution run its course, everything will be okay (“Life will find a way… evolution proves it.”)

Are dinosaurs mentioned in the Bible? Answer

Have blood cells ever been found in dinosaur fossils? Answer

Beyond its anti-Biblical view of life’s origin, Christian parents should be warned of the intensity with which the dinosaur attacks are depicted (primarily against the pre-teen grandchildren of the park’s owner). Despite most children’s fascination with dinosaurs, this is definitely not a movie for soft, impressionable hearts which could easily be terrorized by subsequent nightmares or even daytime fears from its scenes of stalking and dismemberments.

Aside from the film’s often violent nature, there are relatively few profanities. Rare for most of today’s secular movies, “Jurassic Park” does not feature any nudity or premarital sex, although one character flirts briefly with the female lead and mentions his many divorces.

While “Jurassic Park” does provide some amusement park-type thrills to the flesh, its evolutionist agenda only further contributes to what is—ironically—the title of its much awaited sequel… “The Lost World.”

Positive
Positive— This movie was awesome; when I say awesome, I mean packed with action and adventure. I was comfortable showing it to my 11 and 13 year old children; the only objectionable part being a lot of intensity and a few bad words. It was surely a great action movie and be warned—you will be on the edge of your seat!
My Ratings: Moral rating: Average / Moviemaking quality: 4½

Rob Dickson, age 44 (USA)
Positive—For mature Christians, I highly recommend this movie for analytical inspiration. How the Evolution content plays into the entertaining story makes for a very deep discussion. But even apart from that, the language and innuendo are minor (MOST of the language is all in one scene). The Evolution isn’t prominent either. It may not be perfect, but it’s absolutely worth the watch.
My Ratings: Moral rating: Average / Moviemaking quality: 5

Gabriel Mohler, age 25 (USA)
Comments from young people
Positive—Awesome! It is very clean in my opinion. Except a few (very very very few) bad words. I know it kept me on the edge of our sofa when I saw it. I especialy liked the effects and the fact that they did not add any gruesome scenes in the movie. This is a good movie.

Danielle, age 12
Positive—Jurassic Park is one of my favorite movies because, It is pretty clean, has lots of action and the visual effects were excellent. I would recommend this movie for any ages 10 and up.

Christina Powell, age 17
Positive—“Jurassic Park” is probably the best movie for my dinosaur loving heart! Seriously, all the dinosaurs look really cool and realistic, even though some like the raptors and Dilophosaurus, the poison spitter, are already dated. And the T-Rex from this movie was absolutely awe inspiring to me, my idol as a young lad! Also, aside from the dinosaurs, the music was beautiful! It really fit the power and majesty of these long gone animals.

Now, for all those Christian parents out there, if you have any really young kid (say, preschool age or under), and they want to see this movie, I’d say you should watch it for yourself and decide where all the really scary and intense parts are. Then, when you show your kid the movie, you can distract him/her by tickling him/her or something when these parts come on so they won’t see it. Then, as they get older, you could slowly let them see more and more of these scenes when you think they can handle them.
My Ratings: Moral rating: Average / Moviemaking quality: 5

Emilio Diaz, age 12 (USA)
Positive—I watched this movie recently and was very impressed. It has a great story, fun action scenes, edge of your seat suspense scenes; this was a very enjoyable movie. The visual effects were incredible for the date that this movie was released, but if you are expecting them to be as good as movies now days, then there will be a few moments that you won’t be too happy, but they are very realistic for most of the movie. I really enjoyed this movie and purchased the trilogy on DVD and the novel this was based on.

Some scenes may be scary for some kids, but anyone over 10 or 12 should be fine with it. Morally, this movie is pretty good, but does look at dinosaurs from a very scientific point of view—with no reference to God or Creation, and mentions 65 million years ago, a lot. There are a few Da** “s and one Cr*p and one or two Sh*t—not as much as most PG-13 movies these days (PG in Australia, where I live). This is a very good, mostly clean, fun, thrilling movie that I really enjoyed.
My Ratings: Moral rating: Better than Average / Moviemaking quality: 5