Ivory in the Bible 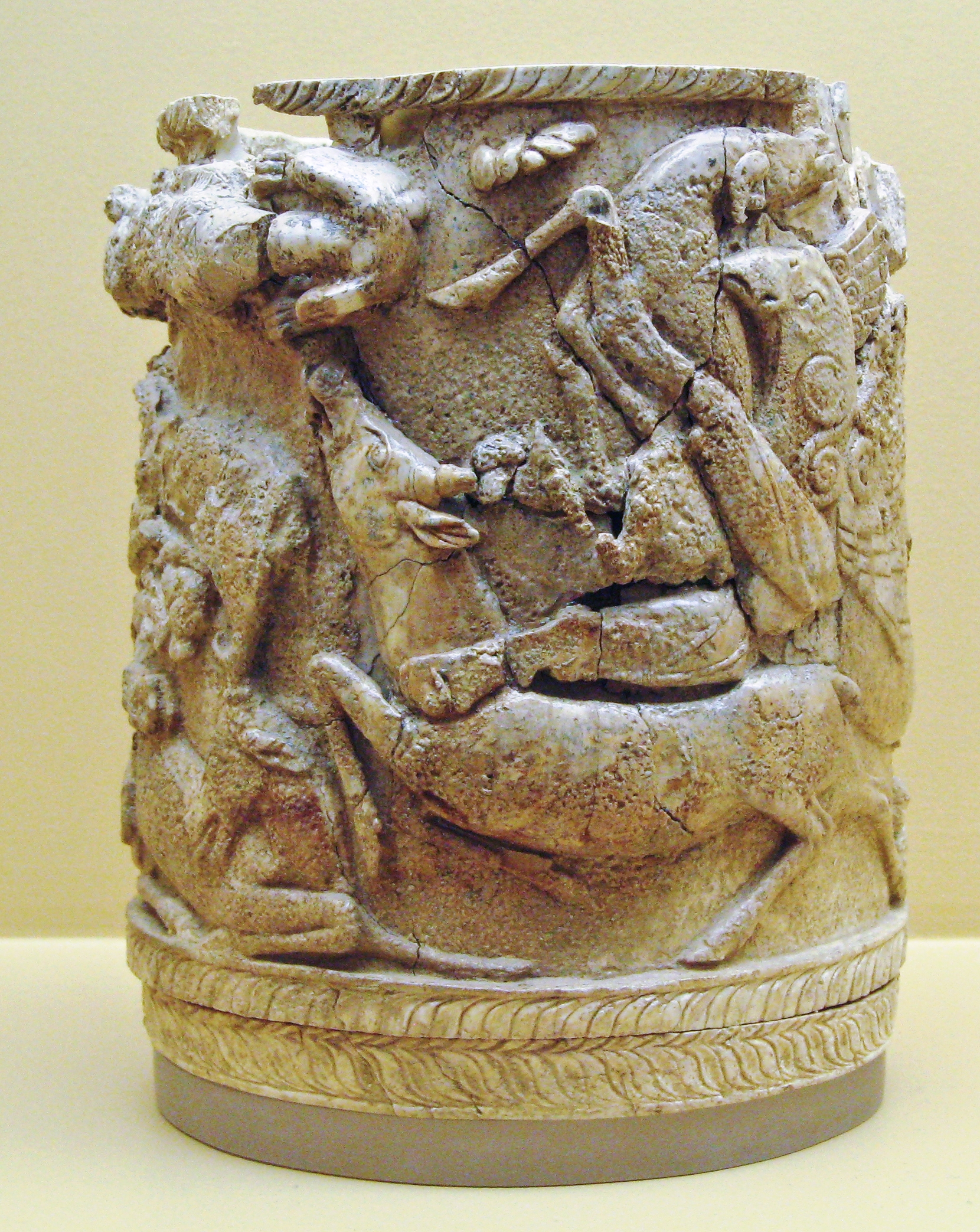 Carved cylindrical box of ivory from 15th century B.C. Greece, as displayed in the Ancient Agora Museum in Athens.
Photo by Sharon Mollerus. License: CC BY 2.0.

Ivory was a prestigious material often used by elite ancient craftsmen and royalty. The “tusks of elephants”) were used in decorations from early ancient times by the Egyptians, and a great trade in it was carried on by the Assyrians (Ezek. 27:6; Rev. 18:12).

“…With ivory they have inlaid your deck of boxwood from the coastlands of Cyprus.” —Ezekiel 27:6 NASB

Ivory was used by the Phoenicians to ornament the boxwood rowing-benches of their galleys, and King Hiram’s skilled workmen made Solomon’s throne of ivory (1 Kings 10:18).

The prophet Amos records the words of God’s judgment, which include,

“‘…The houses of ivory will also perish
And the great houses will come to an end,’
Declares the Lord.”
…Those who recline on beds of ivory
And sprawl on their couches…” —Amos 3:15; 6:4 NASB

“The sons of Dedan were your traders. Many coastlands were your market; ivory tusks and ebony they brought as your payment.” —Ezekiel 27:15 NASB

Many specimens of ancient Egyptian and Assyrian ivory-work have been preserved.

The word habbim is derived from the Sanscrit ibhas, meaning “elephant,” preceded by the Hebrew article (ha); and hence it is argued that Ophir, from which it and the other articles mentioned in 1 Kings 10:22 were brought, was in India.