Is there any evidence to prove the existence of the prophet, Balaam? 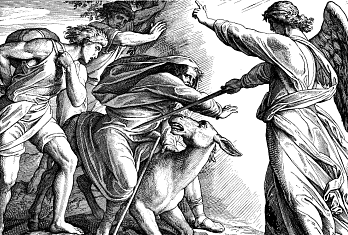 In an unprecedented discovery, an ancient text found at Deir Alla, Jordan, in 1967 tells about the activities of a prophet named Balaam. Could this be the Balaam of the Old Testament?

The text makes it clear that it is. Three times in the first four lines he is referred to as “Balaam son of Beor,” exactly as in the Bible. This represents the first Old Testament prophet to be dug up in Bible lands—not his tomb or his skeleton, but a text about him. The text also represents the first prophecy of any scope from the ancient West Semitic world to be found outside the Old Testament, and the first extra-Biblical example of a prophet proclaiming doom to his own people. 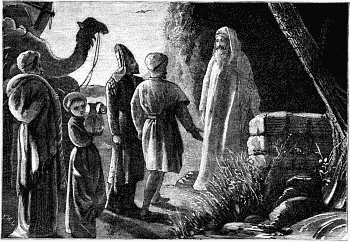 Balaam was not an Israelite. He was hired by Balak, king of Moab, to curse the Israelites. They were camped on the east side of the Jordan river, about to make their historic entry into the promised land. Through God's intervention, Balaam was obliged to bless the Israelites rather than curse them (Num 22-24).

Afterwards, Balaam seems to have been the cause of the Israelites' sin in Numbers 25 when they took Moabite and Midianite women and worshipped the Moabite god Baal-peor (Num 31:16).

Balaam was eventually killed when Moses sent the Israelites against the Midianites (Num 31). He is further condemned in Scripture in 2 Peter 2:15 (he loved the wages of unrighteousness), Jude 11 (ungodly men ran greedily after the error of Balaam for reward) and Revelation 2:14 (he taught Balak to cast a stumbling block before the children of Israel, to eat things sacrificed to idols, and to commit fornication).

The remarkable text found at Deir Alla consists of 119 fragments of plaster inscribed with black and red ink. It was among the rubble of a building destroyed in an earthquake. It seems to have been one long column with at least 50 lines, displayed on a plastered wall. According to the excavators' dating, the disaster was most likely the severe earthquake which occurred in the time of King Uzziah (Azariah) and the prophet Amos in about 760 BC (Amos 1:1; Zec 14:5). The lower part of the text shows signs of wear, indicating that it had been on the wall for some time prior to the earthquake.

Written in Aramaic, the text begins with the title “Warnings from the Book of Balaam the son of Beor. He was a seer of the gods.” It is in red ink, as are other portions of the text where emphasis is desired. The reference to the “Book of Balaam” indicates that the text was part of a pre-existing document and therefore the original date of the material is much earlier than the plaster text itself. Balaam goes on to relate a vision concerning impending judgment from the gods, and enters into a dispute with his listeners.

There are a number of similarities between the text and the account of Balaam in the book of Numbers. To begin with, the events described in Numbers 22-24 took place in the same general area where the text was found. At the time of the Numbers 22-24 incident, the Israelites were camped on the Plains of Moab, across the Jordan river from Jericho. Deir Alla is located about 25 miles north of this area, where the Jabbok river flows into the Jordan valley. Balaam was from Pethor, near “the river” (Num 22:5), in “Aram” (Num 23:7; Dt 23:4).

The reference to Aram has led most scholars to conclude that Balaam was from northern Syria, in the vicinity of the Euphrates river. That does not fit well with the Biblical account, however, since Balaam's home seems to have been close to where the Israelites were camped (Num 22:1-22; 31:7-8).

With regard to the references to Aram, Shea suggests that the original place name was Adam, with the “d” being miscopied as “r,” since the two letters are nearly identical in ancient Hebrew. Adam was a town about eight miles southwest of Deir Alla, on the east bank of the Jordan river, where the Jabbok meets the Jordan.

Balaam evidently was well known as a “cursing prophet,” for Balak specifically summoned Balaam for the purpose of cursing Israel (Num 22:6). Much of the Deir Alla text was given to curses uttered by the prophet. The term “shadday-gods” is used on two occasions in the text. Shadday is one of the names for God in the Old Testament, used mainly in the book of Job. Since the account of Job is set in Transjordan (Job 1:1-3), it seems that Shadday was a name used for deity in this region. Balaam used the name twice in his blessing speeches where it is translated “Almighty” (Num 24:4, 16).

The Deir Alla text presents a problem to those who dismiss the Biblical account of the Exodus, Wilderness Wanderings and Conquest as legendary, as is the trend in scholarship today. It is clear that Balaam was a real person who operated on the east side of the Jordan river. He was known as a cursing prophet and continued to be revered hundreds of years after his death. His persona as revealed in the Deir Alla text precisely matches that of the Balaam of Numbers 22-24. If Balaam was a real person, what about Balak, Moses, Joshua and all of the other persons named in the Biblical narrative? They must have been real as well, and the events described authentic.