What is the “Gap Theory”? its origin and history? 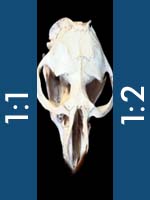 Is the “gap theory” an acceptable way to harmonize the Bible and the geologic record? Answer

Many people have tried to place a gap of indeterminate time between the first two verses of Genesis chapter 1. There are many different versions as to what supposedly happened in this “gap” of time. Most versions of the “gap” theory place millions of years of geologic time (including billions of fossil animals) in between these two first verses of Genesis. This is the “ruin-reconstruction” version of the gap theory.

However, this undermines the gospel as it allows for death, bloodshed, disease, and suffering before Adam’s sin. Because most “ruin-reconstruction” theorists have accepted the millions of years dating for the fossil record, they have thus allowed the fallible theories of scientists to determine the meaning of Scripture.

Some put the fall of Satan in this supposed period. But any rebellion of Satan during this gap of time contradicts God's description of His completed creation on day six as all being “very good” (Genesis 1:31).

All versions of the gap theory impose outside ideas on Scripture and thus open the door for further compromise.

These are the verses where there is supposed to be a gap:

Where did the “gap theory” come from?

There have been many attempts over the years to harmonize the Genesis account of creation with accepted geology (and its teaching of billions of years for the age of the Earth), such as “theistic evolution” and “progressive creation.”

The gap theory was another significant attempt by Christian theologians to reconcile the time scale of world history found in Genesis with the popular belief that geologists provide “undeniable” evidence that the world is exceedingly old (billions of years).

Thomas Chalmers (1780-1847), a notable Scottish theologian and first moderator of the Free Church of Scotland, was perhaps the man most responsible for the gap theory.[1] The idea can be traced back to the rather obscure writings of the Dutchman Episcopius (1583-1643), and was first recorded from one of Chalmers' lectures in 1814.[2] Rev. William Buckland, a geologist, did much to popularize the idea.

Although Chalmers' writings give very little information about the gap theory,[3] many of the details are obtained from other writers such as the 19th century geologist Hugh Miller, who quoted from Chalmers' lectures on the subject.[4]

The most notably influential 19th century writer to popularize this view was G.H. Pember, in his book Earth's Earliest Ages,[5] first published in 1884. Numerous editions of this work were published, with the 15th edition appearing in 1942.[6]

The 20th century writer who published the most academic defense of the gap theory was Arthur C. Custance in his work Without Form and Void.[7]

The basic reason for developing and promoting the gap theory can be seen from the following very telling quotes:

Scofield Study Bible: Relegate fossils to the primitive creation, and no conflict of science with the Genesis cosmogony remains.[8]

Dake's Annotated Reference Bible: When men finally agree on the age of the Earth, then place the many years (over the historical 6,000) between Genesis 1:1 and 1:2, there will be no conflict between the Book of Genesis and science.[9]

The above quotes are typical of the many compromise positions—accepting so-called “science”[10] and its long ages for the Earth, and incorporating this into Scripture.

A Testimony of Struggle

Pember's struggle with long “geologic ages” has been the struggle of many Christians, ever since the idea of millions of years for the fossil record became popular in the early 19th century. Many respected Christian leaders of today wrestle with this same issue.

Recounting Pember's struggle helps us understand the implications of the gap theory. The following is based on or quoted from his book Earth's Earliest Ages.

Pember, like today's conservative Christians, defended the authority of Scripture. He was adamant that one had to start from Scripture alone, and not bring preconceived ideas to Scripture, thus changing its meaning. He boldly chastened people who came to the Bible “filled with myths, philosophies, and prejudices, which they could not altogether throw off, but retained, in part at least, and mingled—quite unwillingly, perhaps—with the truth of God” (page 5). He describes how the Church is weakened when man's philosophies are used to interpret God's Word:

For, by skillfully blending their own systems with the truths of Scripture, they so bewildered the minds of the multitude that but few retained the power of distinguishing the revelation of God from the craftily interwoven teachings of men (page 7).

And the result is that inconsistent and unsound interpretations have been handed down from generation to generation, and received as if they were integral parts of the Scriptures themselves; while any texts which seemed violently opposed were allegorized, spiritualized, or explained away, till they ceased to be troublesome, or perchance, were even made subservient (page 8).

He then warns Christians:

For, if we be observant and honest, we must often ourselves feel the difficulty of approaching the sacred writings without bias, seeing that we bring with us a number of stereotyped ideas, which we have received as absolutely certain, and never think of testing, but only seek to confirm.[11]

What happened with Pember should warn us that no matter how great a theologian we may be, or how respected and knowledgeable a Christian leader, as finite sinful human beings we cannot easily empty ourselves of preconceived ideas. We see that Pember did exactly what he preached against, and did not realize it. Such is the ingrained nature of the “long ages” issue. He did not want to question Scripture (he accepted the six literal days of creation), but he did not question the long ages either (perhaps he just took the word of Chalmers, who was a highly respected Christian). So he struggled with what to do. Many of today's respected Christian leaders show the same struggle in their commentaries as they then capitulate to “progressive creation” or even “theistic evolution.”[12]

Pember recognized that a fossil record of death, decay, and disease before sin was totally inconsistent with the Bible's teaching:

For, as the fossil remains clearly show not only were disease and death—inseparable companions of sin—then prevalent among the living creatures of the Earth, but even ferocity and slaughter.

He understood there could be no carnivores before sin:

On the Sixth Day God pronounced every thing which He had made to be very good, a declaration which would seem altogether inconsistent with the present condition of the animal as well as the vegetable kingdom. Again: He gave the green herb alone for food “to every beast of the field, and to every fowl of the air, and to every thing that creepeth upon the earth.” There were, therefore, no carnivora in the sinless world (page 35).

Pember taught from Isaiah that the Earth will be restored to what it was like at first. There will be no more death, disease, or carnivorous activity. However, because he had accepted the long ages for the fossil record, what was he to do with all this death, disease, and destruction in the record?

Since, then, the fossil remains are those of creatures anterior to Adam, and yet show evident tokens of disease, death, and mutual destruction, they must have belonged to another world, and have a sin-stained history of their own (page 35).

Thus, in trying to reconcile the long ages with Scripture, Pember justifies the gap theory:

There is room for any length of time between the first and second verses of the Bible. And again; since we have no inspired account of geological formations, we are at liberty to believe that they were developed just in the order which we find them. The whole process took place in pre-Adamite times, in connection, perhaps, with another race of beings, and, consequently, does not at present concern us (page 28).

With this background, let us consider this gap theory in detail. Basically, this theory incorporates three strands of thought:

There are many variations of the gap theory. According to Fields, the theory can be summarized as follows:

In the far distant dateless past, God created a perfect heaven and perfect Earth. Satan was ruler of the Earth which was peopled by a race of “men” without any souls. Eventually, Satan, who dwelled in a garden of Eden composed of minerals (Ezekiel 28), rebelled by desiring to become like God (Isaiah 14). Because of Satan's fall, sin entered the universe and brought on the Earth God's judgment in the form of a flood (indicated by the water of 1:2), and then a global ice age when the light and heat from the sun were somehow removed.

Some versions of the gap theory state that the fossil record (geologic column) formed over millions of years, and then God destroyed the Earth with a catastrophe (Lucifer's flood) that left it “without form and void.”

Western Bible commentaries written before the 18th century, and before the belief in a long age for the Earth became popular, knew nothing of any gap between Genesis 1:1 and Genesis 1:2. Certainly some commentaries proposed intervals of various lengths of time for reasons relating to Satan's fall,[14] but none proposed a “ruin-reconstruction” situation, or pre-Adamite world.

In the 19th century, it became popular to believe that the geological changes occurred slowly, and roughly at the present rate (uniformitarianism[15]). With increased acceptance of uniformitarianism, many theologians urged reinterpretation of Genesis (with ideas such as day-age, “progressive” creation, theistic evolution, days-of-revelation, etc. - see Six Days? Honestly!).

Now, learn about the biblical and logical problems with the Gap Theory (including a detailed list of problems and an examination of the original Hebrew text)—Go