Is Islam correct? Is the Bible corrupted? 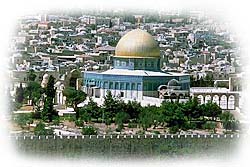 Has the Bible changed and altered over time? Have the Jews changed or concealed portions of the Torah? Is the Bible full of contradictions and discrepancies?

Muslims have long asserted that the Christian Bible is swarming with errors and contradictions.[1] They say that it is not reliable. Islamic attacks on the Bible are numerous and varied. Here I note three such allegations and outline a response to each.

Islamic Allegation #1:
The Bible has changed or altered over time.

Christians have a firm foundation for confidence in the unchanging text of both Testaments. Not only is there a super-abundance of 5,664 Greek manuscripts from which the original wording of New Testament books can be determined; there are also 18,000 other manuscripts in several other languages, e.g., Armenian, Latin Vulgate, Ethiopic, and more.

It is rare for secular books of antiquity to have as many as even a dozen ancient manuscripts. Typically their best copies date about 700-1000 years after the date of composition. By contrast, there are complete papyrus manuscripts of many entire New Testament books that date from a mere 100 years after the originals. One papyrus scrap of John 18 has been dated to as early as 115 A.D., just 25 years after John was written!

“in no other case is the interval of time between the composition of the book and the date of the earliest manuscripts so short as in that of the New Testament.”

Based on his findings, he concluded:

"The last foundation for any doubt that the scriptures have come down to us substantially as they were written has now been removed." [2]

For more information about the interesting findings of Bible archaeology, see ChristianAnswers.Net/archaeology

Islamic Allegation #2:
The Jews have changed or “concealed” portions of the Torah (Old Testament).

This charge of “change,” sometimes called “harrafa,” is extremely far-fetched. It flies in the face of clear evidence from the Dead Sea Scrolls, discovered in 1948.

Before 1948, the oldest complete Hebrew manuscript dated to 900 A.D. The Dead Sea discoveries brought shocking news. A complete scroll of Isaiah was found, which is dated to about 100 B.C. With one stroke, we leaped 1000 years deeper into the past, in terms of the oldest known copy of Isaiah!

It gets interesting at this point, since scholars can see how well the Massoretic copiers had preserved the Old Testament text. As scholars compared the two Isaiah texts (from 900 A.D. & 100 B.C.), they were startled by the precision of copying.

Isaiah 53, for example, has 166 words, and there are only 17 letters that differ. Ten are just spelling differences. Four are "minor stylistic changes, such as conjunctions." The three remaining letters that differ are the word “light,” added in verse 11, which does not affect the meaning.

As Geisler and Nix pointed out,

"Thus in one chapter of 166 words, there is only one word (three letters) in question after a thousand years of transmission—and this word does not significantly change the meaning of the passage."

[For further reading, see: What is the importance of the Dead Sea Scrolls? Answer (ChristianAnswers.Net)]

What's more, many dozens of verses in the Qur'an allude to the fact that the true “Torah” was not distorted; it was in the possession of John the Baptist, Mary, Jesus, and His disciples.

Islamic Allegation #3:
Contradictions and Biblical discrepancies undermine any confidence in the Bible.

Finally, Muslims point out so-called contradictions between parallel verses, such as when genealogies of the same lineage diverge, or when numbers of people in census lists do not correspond, or when the parallel account in the synoptic gospels differ slightly.

A few of the Old Testament numerical discrepancies are in all likelihood due to inadvertent copiest errors. On the other hand, most “discrepancies” of substance are easily handled by employing exegetical common sense.

For example, it actually enhances the credibility of Biblical accounts (such as the synoptic parallels) when slightly different patterns of facts are described. If they were just “invented” (possibly in collusion) or “copied,” there would be no difference at all!

[See the ChristianAnswers list of frequently-asked-questions about Bible contradictions]

For those items that are more difficult, I advise you to consult Geisler's extremely useful When Critics Ask, along with The Encyclopedia of Bible Difficulties, edited by Gleason Archer.

FOR MUSLIMS WHO SEEK TRUTH. Muslims by the thousands are seeking answers. Visit www.IsaalMasih.net and learn about Hazrat Isa, dreams and visions of the “Man in White,” the holy message of the Al-Kitab, evidence from archaeology, science, and more…

If you are a follower of Jesus Christ who is interested in sharing your faith with people of the Muslim faith, please visit our Web site about Effective Evangelism.