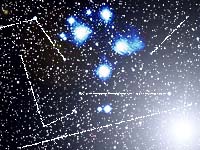 Astrology is a pseudo-science based on the view that the stars and planets exert a strong influence on human affairs. It claims that the relative positions of the heavenly bodies at an individual’s birth determine his or her basic makeup, and that changing astral positions can be used to predict the future. However, because the heavens were never intended for these purposes, astrology is a dangerous and wrongful practice. Stars were created for calendar keeping and for declaring God’s glory. To use them otherwise is idolatry, as warned against throughout Scripture (Deut. 4:19; 2 Kings 23:5; Isa. 47:13). Astrology should not even be consulted for amusement. It is connected with the forces of evil and can lead to other occult practices and bondage to sin.

Astrology has three major flaws, each of which cancels any claim to scientific validity.