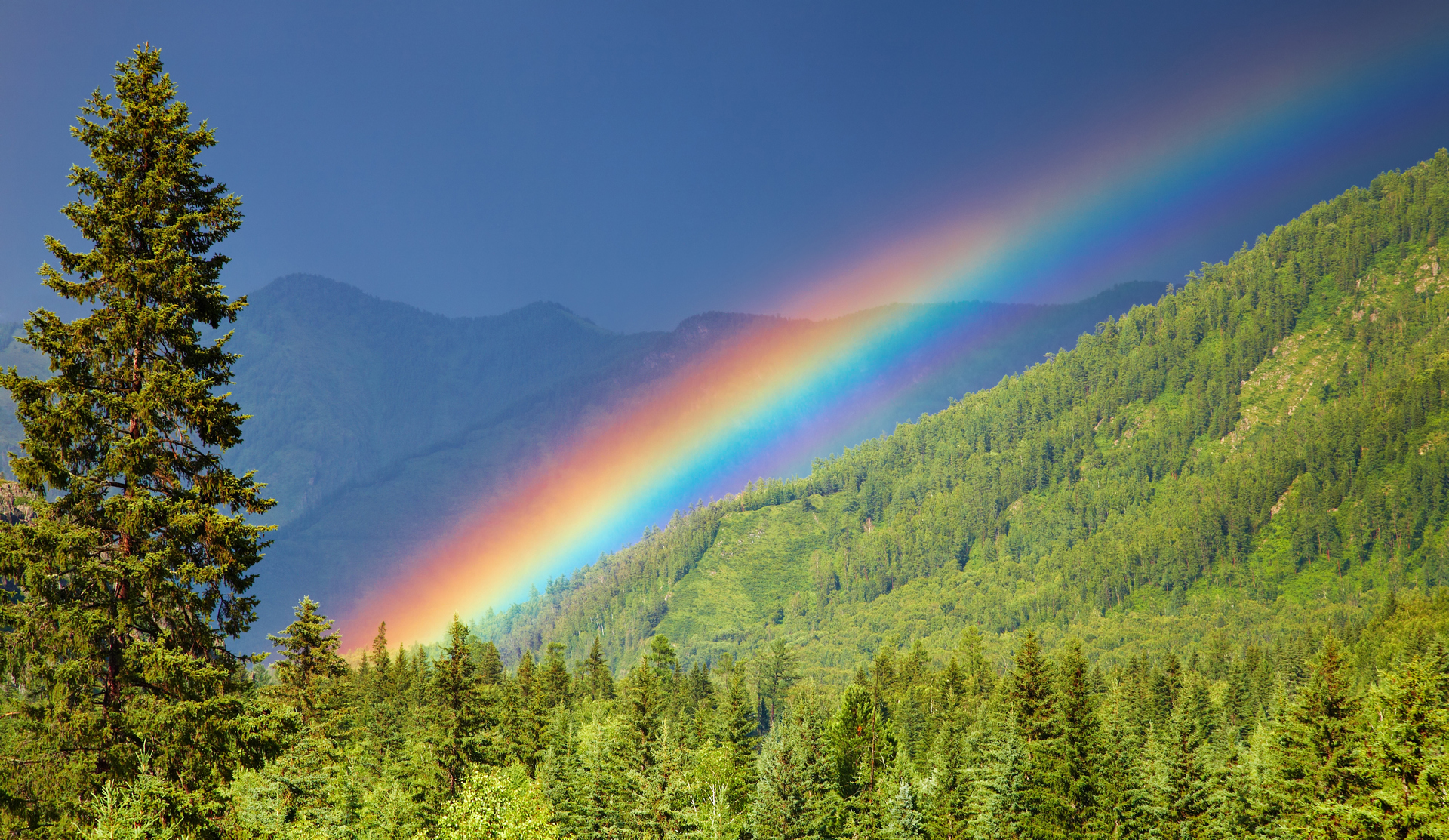 What causes a rainbow?

See this page in: Dutch, Spanish

The technical details of rainbow formation were first analyzed by Isaac Newton in 1665. His brilliant optics work concerning reflection and refraction certainly does not detract from the beauty and promise of the rainbow. On the contrary, Newton's scientific insights show the marvelous complexity of creation. The rainbow is a gracious pledge that God will not destroy the Earth a second time with a worldwide flood (Genesis 9:11-17):

“I have set my rainbow in the clouds, and it will be the sign of a covenant between me and the Earth… Never again will the waters become a flood to destroy all life.” (Genesis 9:13,15).

A rainbow occurs when raindrops and sunshine cross paths. Sunlight consists of all the colors of light, which add together to make white illumination. When sunlight enters water drops, it reflects off their inside surfaces. While passing through the droplets, the light also separates into its component colors, which is similar to the effect of a glass prism. Each falling water drop actually flashes its colors to the observer for just an instant, before another drop takes its place. 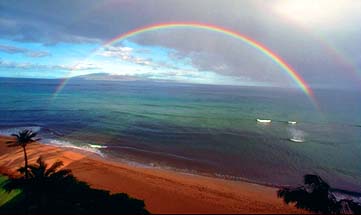 A rainbow is usually seen in the opposite direction in the sky from the sun. The rainbow light is reflected to the eye at an angle of 42 degrees to the original ray of sunlight. The bow shape is actually part of a cone of light that is cut off by the horizon. If you travel toward the end of a rainbow, it will move ahead of you, maintaining its shape. Thus, there is no real end to a rainbow, and no pot of gold waiting there. Because the 42 degree angle is measured from each individual observer's eye, no two people see exactly the same rainbow. Every person is at the center of his or her own particular cone of colored light. From the high vantage point of a mountaintop or an airplane a complete circle of rainbow light sometimes can be seen.

The bright, primary rainbow has red on the outer edge and blue within. Higher in the sky there is always another, dimmer rainbow with the order of colors reversed. This secondary rainbow results from additional reflection of sunlight through the raindrops. It is most visible when there are dark clouds behind it. Look for the second bow high in the sky the next time rainbow colors appear. Some observers have even reported seeing third and fourth rainbows above the first two.

Copyright © 1997, 2021, Christian Answers, All Rights Reserved—except as noted on attached “Usage and Copyright” page that grants ChristianAnswers.Net users generous rights for putting this page to work in their homes, personal witnessing, churches and schools.