Have scientists discovered our Moon’s origin? 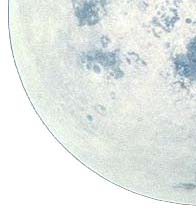 Scientists have devised four major theories for the moon’s beginning.

It was hoped by many experts that the manned visits to the moon from 1969 to 1972 would provide definitive answers to the lunar-origin question. Instead, many new questions were raised, and the origin of the moon remains a mystery to secular science. One common idea in each of the four “natural” theories is that the moon formed by slow, random processes.

Scripture is in direct contrast to such reasoning; the moon was created suddenly and from nothing.

By the word of Yahweh the heavens were made,
And by the breath of His mouth all their host. —Psalms 33:6 LSB

By faith we understand that the worlds were prepared by the word of God, so that what is seen was not made out of things which are visible. —Hebrews 11:3 LSB