for some violent images 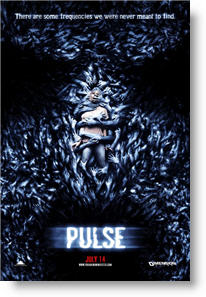 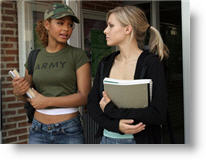 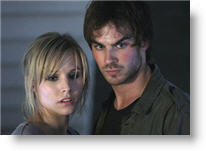 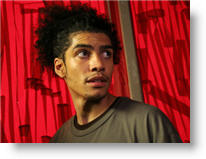 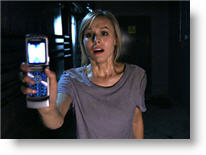 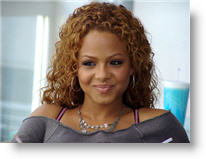 “You are now infected.”

“Pulse” begins quickly with a heavy dose of creepiness. As a result of a hacker’s fast-spreading computer virus that finds frequencies no one knew possible, a doorway to another world is opened. There is an invasion of ghost-like beings who need computers, cell phones, and PDA’s to break through and attack people and steal their will to live. This results in an epidemic of suicides.

The story centers on four college friends who really care about each other, and who are—one by one—victimized by this invasion. Mattie, the pretty co-ed meets Dexter, and they struggle to battle the invasion and stop the virus. Their courage is admirable. Most people wouldn’t want to walk into some of the situations they confront—typical long, dark hallways, frightening surroundings, and threatening situations that come rapidly in waves.

What is most notable about this movie are many intense scenes designed to make you jump, and I heard a girl near me scream a few times. I found myself saying under my breath a few times “don’t open that door…”.

In this movie, people are in serious trouble, and no one turns to the Lord for help, which is the first thing I would have done. When Mattie begins seeing things after her boyfriend’s suicide, she turns to a counselor for help, who tells her she is seeing things that aren’t really there.

This is definitely not a movie for children or young teens, or anyone prone to nightmares. It is very intense and can be compared to “The Ring.” It is, indeed, a “Horror” movie.

Negative—The movie exhibits the characteristics of the modern horror film: it relies on visual shock, the romance is clearly doomed, the story is predictable, the main characters are adults, the victims are female, there is very little character or story development, the antagonists look human, the world is chaotic, there is no closure with a credible explanation, and the ending is the standard horror of Armageddon. A voice-over provides the explanation in case you do not get it. The characters do not look to Christ or even the their own humanity to save them, but to technology, and so are doomed to fail. This provided the meaningful point of conversation in our family. Wait for it on cable. The trailers have all the good scenes.
My Ratings: Better than Average / 2

Tash and Bill Williams, age 15 and 58
Comments from young people
Positive—I was very surprised at the cleanliness of this movie. Hollywood had a LOT of opportunities to put crud in it, but they kept it unusually clean. The only things I found objectionable were the moderate language and the implied sex. (By that I mean it’s obvious they slept together, but you don’t see anything terrible.) And also a girl wakes up next to a man. That aside, it was great movie! Whoever said this movie was not scary, has nerves of steel, cause let me tell you, …it is! It makes you jump (and made me scream) and gets you thinking. My one warning is this, DO NOT go to this movie alone, trust me on this, you’ll need someone to cling to during the tense parts.
My Ratings: Better than Average / 4

Anna, age 15
Neutral—Too many horror movies these days rely on gore, however, there is none in this movie. What it is is creepy, there was screaming from all points of the theatre during the film. Biblically, the moral values suffer a bit, but it’s not a celebration of sin. The movie (in my opinion) has a social statement to make, which I will not ruin for you. All in all, it was a decent movie, creepy, but not too memorable.
My Ratings: Average / 3