for strong violence, pervasive language, some sexuality and drug use. 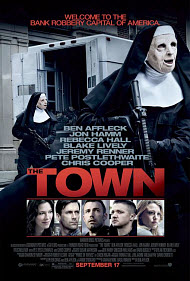 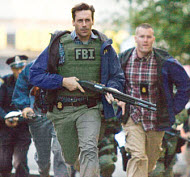 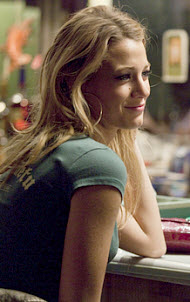 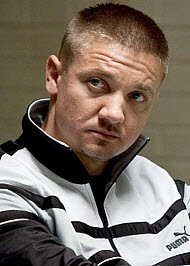 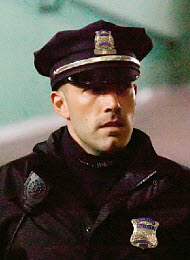 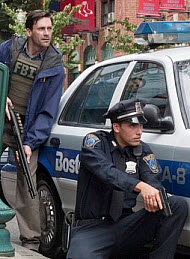 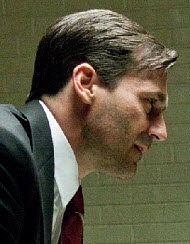 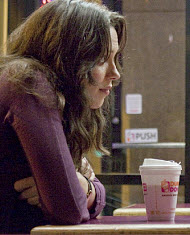 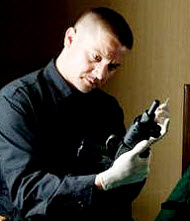 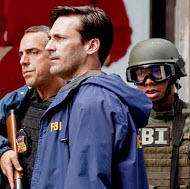 <
Learn how to make your love the best it can be. Christian answers to questions about sex, marriage, sexual addictions, and more. Valuable resources for Christian couples, singles and pastors.

“Welcome to the bank robbery capital of America.”

In this passage from the book of Romans, the apostle Paul is struggling with something that every human being struggles with: the idea of knowing what is right and what is wrong, yet still choosing to do what is wrong. This leads to an interminable cycle of sin and guilt that has plagued mankind since the fall of Adam. It’s tough to break this cycle; no matter how hard we try, we continue to fail.

This is the essential dilemma, in a much more extreme manner, of “The Town”, a heist film that takes place in a one square mile neighborhood in Boston, MA, called Charlestown. Charlestown is a neighborhood that has historically been responsible for the most bank robberies in the country, and Doug MacRay leads a crew that is considered to be the best in town. His father was a bank robber and is now serving a life sentence in prison. His lifelong friend James Coughlin just finished serving 9 years for killing someone who threatened Doug’s life. His ex–girlfriend Krista is a drug addict.

Things change for Doug when he meets Claire, a girl who is not from Boston and does not know Doug’s past. This inspires him to change. He realizes that he’s had enough; he wants more than to just live a life of crime. He no longer drinks or does any drugs, but he keeps getting pulled back in to accepting heist jobs for his crew. Whether it’s out of loyalty to his friends or to honor his father, Doug keeps failing in his attempts to leave Charlestown and break the endless cycle.

As the FBI begins to sniff around some jobs pulled by his crew, Doug begins to plan his escape. Many complications arise and ultimately lead Doug down a road where he must confront his inner demons, in order to make a change.

“The Town” is an expertly crafted, gripping thriller that is, also, a great character study. Its combination of action, drama, and mystery is pulled off wonderfully, due to the director and lead actor of the film, Ben Affleck. As the main character, Affleck delivers arguably his best performance, as a layered criminal who is trying to do the right thing. Behind the camera, Affleck improves on his first effort, the outstanding “Gone, Baby Gone,” making a riveting and sophisticated picture. The directorial highlights include amazingly shot heist in Fenway Park. Once a laughing stock in Hollywood, known for taking high paying acting gigs in terrible movies like “Paycheck,” “Daredevil,” and “Reindeer Games,” Affleck has done a complete 180 degree turn and is now choosing his projects much more wisely.

Affleck does a wonderful job, but he is almost outdone by the supporting cast. Jeremy Renner, fresh off his Oscar® nomination for last year’s “The Hurt Locker” is excellent as Doug’s best friend and worst influence. Jon Hamm of the hit TV show “Mad Men” is pitch perfect as FBI man Adam Frawley. Rebecca Hall is more than effective as Claire, Doug’s new girlfriend.

There’s a great moral dilemma in “The Town” that is relatable. Although most people aren’t hardened criminals, we all have a desire to change something about ourselves for the better. While it’s relatable, “The Town” is also a film that is very realistic, and clearly made only for adults. True to the neighborhood the film represents, “The Town” is littered with language including over 150 F-words and many other obscenities, plus 8 profane uses of God’s names.

There are, also, some quick shots from a strip club that include some nudity, as well as two scenes with heavy sexual content, but no nudity. The camera doesn’t turn away from strong acts of violence that include, but are not limited to, point blank shootings, beatings, and stabbings.

“The Town” is a gritty heist film with a central character who wants a better life. As the film unfolds, we see that it’s tough to break a cycle once it’s started, and even when it’s broken you still have to pay for your sins. This film is, among many other things, an ultimately redemptive cautionary tale about the power of our sinful nature.

Positive
Positive—I generally would not give a positive rating to such a film. I particularly dislike the ending ***SPOILER*** because I do not think that the bad people should get away or take other people’s money and use it for “charity” to salve their “consciences” ***END SPOILER***. But I grew up in Australia, parts of which were convict colonies, and this film is an accurate portrayal of the way that about a third of the country thinks there. This film spotlights a genuine social problem. It is particularly disgraceful that there is such wide support for immoral and illegal conduct in certain communities.

The sheer effort that bad people engage in to try to stop people “going straight” is clearly exemplified in this film. I think to mature Christian viewers, this film provides a “teachable moment” about the community based nature of evil and peer pressure to pursue evil as a career in many communities, even in the USA. These sorts of places of entrenched wickedness need fresh approaches in evangelism.

It, also, shows the importance of sound policing and lengthy incarceration for “bad apples” who will otherwise interfere with efforts of people to “go straight”. It, also, shows the danger of putting people in public housing, for example, in proximity to such wicked people. This film shows how “urgers” and bad examples concretely wreck people’s lives.

I thoroughly recommend it as an analysis of the social pathology of wickedness. But the whole film is a “downer.”
My Ratings: Moral rating: Very Offensive / Moviemaking quality: 4

Blue, age 52 (Australia)
Negative
Negative—This movie easily had over a hundred “F” bombs and a sex scene that was inappropriate and too long. There is, also, a quick boob scene from a stripper on a pole. This movie has you rooting for the bad guys, with no respect for human life.
My Ratings: Moral rating: Extremely Offensive / Moviemaking quality: 5

Christy, age 39 (USA)
Comments from young people
Neutral—Action scenes are well done but look like a video game, plot development is a bit sappy, acting is mixed. The violence is intense but not terrible, the swearing is quite heavy, the sex also a bit much. All around, the message is not good, even for a secular movie.
My Ratings: Moral rating: Very Offensive / Moviemaking quality: 3½