for language throughout including some sexual references. 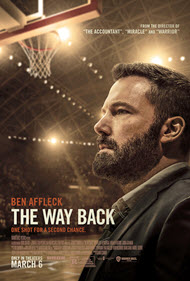 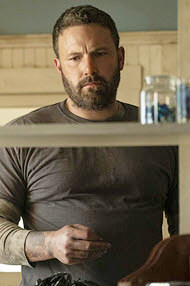 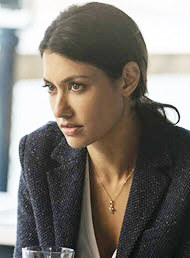 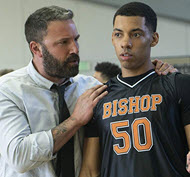 Trying to fill the voids in one’s life

Hoping for healing from deep emotional wounds in one’s past

A former athelete struggling with alcoholism

About drunkenness in the Bible

Being abandoned by one’s wife due to his addiction 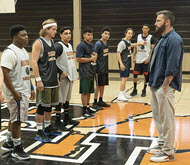 What are the effects of continual use of vulgar language? 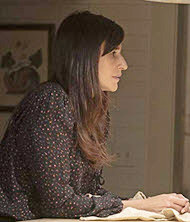 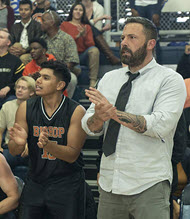 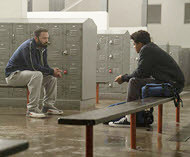 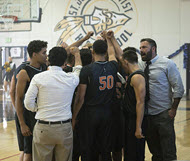 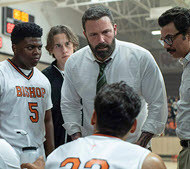 “One shot for a second chance.” 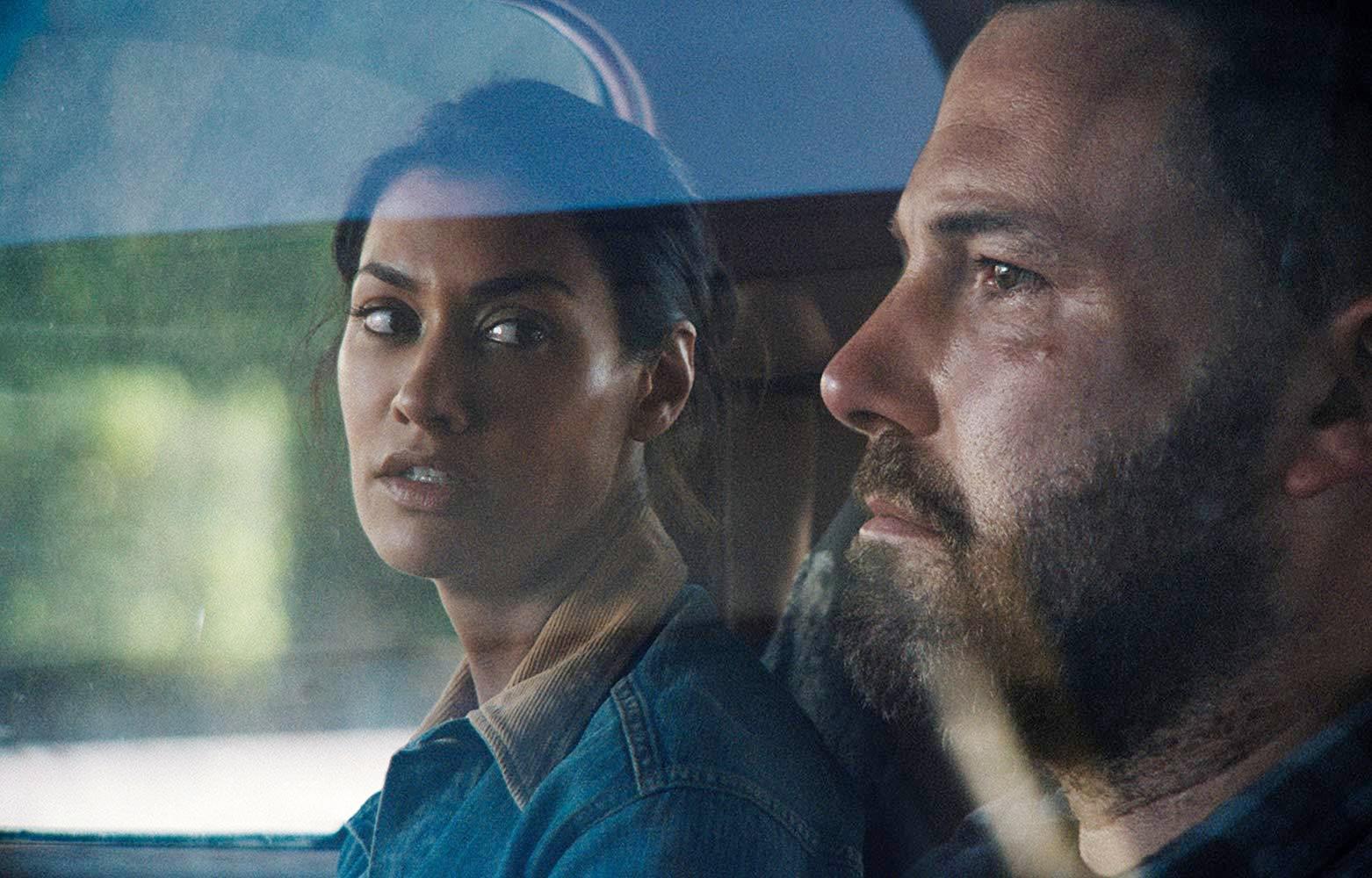 Jack Cunningham (Ben Affleck) has lived a relatively quiet, sullen life. He works from day to dusk as a construction worker and then, at night, he tries to relieve his frustrations, his stress and worries by drinking at his favorite bar and restaurant. I mean what else does he have to do? Like he told someone, it’s not like he has a wife to go home to anymore (they were recently separated), and he doesn’t have any kids either. What’s the big deal?

Jack then receives the opportunity of a lifetime. Father Whalen tells him that their basketball coach recently suffered a heart attack and that Father Whalen and the coach’s wife don’t believe the coach is fit to return. Father Whalen tells Jack that he wants him to be the new coach of the Bishop Hayes basketball team. At first Jack is really hesitant to do this, as he hasn’t played basketball in years, and he’s never coached a team, but eventually decides it’d be nice to be back in the game.

Jack might be in for more than even HE bargained for. Only time will tell…

For those of you who visit Christian Spotlight frequently, you may have noticed that the films I often review fall in specific genres: either horror, drama or action type films. It is rare when I branch off and decide to review films in a different category. There was something I saw in the previews for “The Way Back” that piqued my interest, although at first glance my thought was, “There’s no chance I’ll be reviewing this film anytime soon. It’ll focus only on sports and there might be some side story to accompany it, but it won’t add much.” Boy, was I wrong on both accounts. I’ve never been more glad to be proven wrong.

While “The Way Back” on the surface LOOKS like a typical sports movie (you know the typical formula that’s been used in productions like “Remember the Titans,” “D3: The Mighty Ducks,” “Invincible” and countless other “underdog” sports movies), at the heart of the film is a much deeper, heart-wrenching, and sometimes gut-punching, kind of film that dares to take on the theme of alcoholism and its affects. It never feels shallow. Rather, this theme serves as the heart of the film. Watching the effects of alcoholism and loss/suffering play its toll on not only Jack but everyone he associates with really takes a toll on the viewer, even a seasoned reviewer.

My biggest issue with the film is the excessive amount of vulgar language that comes out of characters’ mouths, and this extreme crudity is used in the context of… a private Christian school. To its credit, the team does pray before each game and Christian memorabilia is prominently displayed in the film. However, while the faculty and staff try to enforce school conduct rules, they fail to a great degree for most of the film. Vulgar language is continually used by the players (Christian high school students) and their coach Jack. This leaves me concerned about the way Christians and Christianity as a whole is represented here on screen. Teenage boy students are ogling over the girls while practicing. One player tells some of the girls that he has a sex symbol for each of them. The number of times I heard the f-bomb come out of these players’ mouths was appalling.

Sexual Dialog/Nudity: A player mentions he has a sex symbol for each of the girls. We see Jack urinating in a toilet. There are two brief male shower scenes, but nothing explicit shown). During practice, a male player makes comments about the looks of some high school girls. Twice someone remarks to another male about how he s*cked the man’s wife’s dick (?). High School girls wear some short athletic shorts, and one wears a midriff shirt. Some of the cheerleading outfits are a bit short.

Alcohol: There is excessive use of alcohol throughout the film. Jack is a heavy alcoholic. We witness him drinking beer in the shower a couple times, and multiple times as he drives, at school during practice, at a couple events, and at a bar. There’s even a scene where we see him drink 8-10 beers in a row (I honestly lost count). We see him being carried back to his home drunk a few times.

Editor’s Note: Actor Ben Affleck suffered a “breakdown” on set while portraying the alcoholic in this film who apologizes to his wife. Some, but not all, of that footage is in the movie. As you may know, in real life, Ben is a long-time alcoholic (since age 15) who suffers from anxiety and depression (treated with anti-depressants since age 26). His marriage to actress Jennifer Garner dissolved, due reportedly to his alcoholism, gambling and alleged womanizing and infidelity. He has been attending Alcoholic’s Anonymous meetings and recently has shown some renewed interest in Jesus Christ (see streaming video below).

Background: Ben’s father was severely alcoholic, as were 2 of his grandparents. His paternal grandmother was addicted to both alcohol and barbiturates and committed suicide at age 46. His father’s brother was also an addict and also eventually committed suicide.)

PLEASE PRAY that Ben will come to believe wholeheartedly in Christ, repent, surrender his life to Him and receive the new birth and eternal healing that only Jesus can give.

Violence: Jack throws a beer can in anger. When a player gets knocked to the ground during a game, the players begin fighting. A character crashes his car into a boat parked on the road. A character is pushed down some stairs by a homeowner, after we see him accidentally stumble in there drunk. Jack is seen unconscious with a large cut on his head.

One of the central themes of the film is loss. One of the main characters (I won’t mention who to avoid spoiling it) has been stuck in sorrow for so long over the loss of a loved one that they have never been able to move forward with their life.

The Bible clearly states that our Heavenly Father shares with us in our sorrow and in our loss. Our burden is His burden, our pain is His pain, if we allow Him to take it from us. It is only with His guidance and love we will ever be able to move productively forward (notice I did not say forget though). This is what the Bible tells us:

“My flesh and my heart may fail, but God is the strength of my heart and my portion forever.” —Psalm 73:26

“Surely he has borne our griefs and carried our sorrows; yet we esteemed him stricken, smitten by God, and afflicted. But he was wounded for our transgressions; he was crushed for our iniquities; upon him was the chastisement that brought us peace, and with his stripes we are healed. All we like sheep have gone astray; we have turned—every one—to his own way; and the Lord has laid on him the iniquity of us all.” —Isaiah 53:4-6

“Blessed are those who mourn, for they shall be comforted.” —Matthew 5:4

“Come to me, all who labor and are heavy laden, and I will give you rest. Take my yoke upon you, and learn from me, for I am gentle and lowly in heart, and you will find rest for your souls. For my yoke is easy, and my burden is light.” —Matthew 11:8

And remember, this time of grief, sorrow and pain is TEMPORARY. Someday those of us who believe in the Lord and serve Him with our whole Heart will die and be reunited with those in Heaven. It is there we will be at peace with our Lord Jesus.

“He will wipe away every tear from their eyes, and death shall be no more, neither shall there be mourning, nor crying, nor pain anymore, for the former things have passed away.” —Revelation 21:4

Cinematically, “The Way Back” is strong in many aspects, apart from some moments where the pacing could have been improved. There are moments my breath was taken away… literally. However, I was less than impressed with how Christians were displayed on screen (and perhaps I’m oversensitized on the matter as a whole or not giving the film enough credit, especially when there are indeed scenes where players are shown praying openly before and after a game).

However, the bad content alone is cause for alarm and definitely a solid reason NOT to bring the children to this film (over 60 uses of the f-bomb alone, maybe more). The decision is yours alone to make. Personally, as a Christian, I don’t recommend the film for Christian viewing, though. Do your ears and the Holy Spirit a favor and skip it.

Negative
Negative—Has a lot of blasphemy and use of the f*** word. Not recommended for young Christians under 20. It does show that using alcohol ruins blessings God would give. Only for strong mature Christians to watch. I would not support this kind of message. Hollywood did not need to blaspheme God.
My Ratings: Moral rating: Extremely Offensive / Moviemaking quality: 1