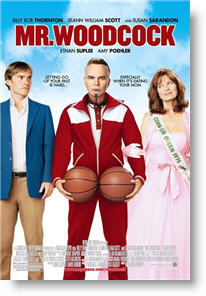 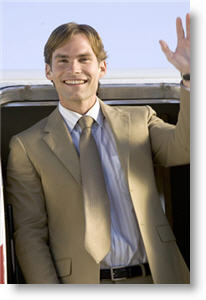 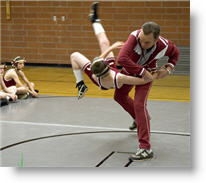 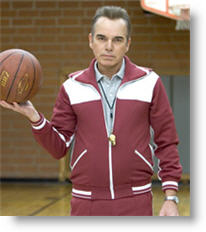 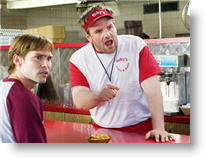 “Letting go of your past is hard… especially when it’s dating your mom.”

Here’s what the distributor says about their film: “Taken aback by his mother’s wedding announcement, a young man returns home in an effort to stop her from marrying his old high school gym teacher (Thornton), a man who made high school hell for generations of students.

John Farley, author of a best-selling self-help book about letting go of the past, violates his own advice when he returns to his small hometown to receive the community’s highest honor. While there, John learns, to his horror, that his widowed mother, Beverly, is engaged to be married to none other than Mr. Woodcock, the gym teacher whose sadistic exploits were the bane of John’s youth. Abetted by his nerdy old pal, Nedderman, John plots to break-up the relationship. But their well-laid plans go awry.”

Comments below:
Positive
Positive—…“Mr. Woodcock” is hilarious!!! I laughed, and I couldn’t breathe it’s so FUNNY!!! Nothing TOO offensive; I prefer teens to see this movie.
My Ratings: Better than Average / 4½

Susan, age 32
Negative
Negative—This film was full of foul language and almost constant referrals to sex. It did have a few funny moments but these moments are completely overshadowed by the pervasive foul language and negative sexual references. I would absolutely not recommend this movie; not to anyone.
My Ratings: Very Offensive / 3

Jered Sellers, age 39
Negative—There were even some blasphemous parts: when the whole town is praising Mr. Woodcock towards the end, and one guy announces how he had to spend 6 years in prison thanks to Mr. Woodcock, but yet he “found Jesus as Savior and Lord” while in there—normally, we’d be thankful. BUT the WAY it was presented was very blasphemous with a red carpet moment to invite snickers and laughs from the theatre audience, and it did JUST THAT. And then, John Farley (the other main character) responds with an “OHHHH, JESUS!” There were CRUDE sexual references throughout the entire movie—not just a couple times here and there—but literally every few lines from beginning to end. E.g. how Mr. Woodcock was “doing” Farley’s mother, “porking her”, “slamming her” etc. etc. etc. While trying to catch Mr. Woodcock in an affair, Farley and his friend happened to be in Woodcock’s home when Mr. Woodcock and Farley’s mother come in—for an afternoon romp. With Farley hiding under the bed, his friend was secretly videotaping the episode from the closet. His friend later announced, “That was better than the internet”. What COULD HAVE BEEN a fresh plot—of Farley not wanting his mother to date his old (mean) school teacher—well, with the secular Holly*weird* crowd getting hold of it, what can we expect?

We went to it because it seemed all other current movies were rated “R”, so we took a chance on this “PG-13” ~ hoping it would be okay, since the secular newspaper called it a dud—we figured that meant it might be better than what the world would expect. And coming here and seeing one viewer’s comments about it being hilarious, we decided to give it a shot. Like I mentioned earlier, there were SOME funny parts, but we could have done with all the crudeness. Leaving the theatre, I did not at all feel edified, but just the opposite: some how, I felt “dirty”. My personal opinion: save your money and don’t bother with this one.
My Ratings: Very Offensive / 3

Reva, age 48
Negative—This movie was a major disappointment. Full of repetitive foul language of the worst sort—and I do mean the worst—as well as constant crude sexual references for the purpose of eliciting cheap laughs from the audience. The few scenes that managed to attain decent humor suffered from the profane language that was usually found within the previous and/or following scenes. The preview clips I found online did not do justice to the offensive nature of this film. Had there been nudity or violence it would have merited the worst moral rating. Nevertheless, the language was enough to produce a nauseous feeling throughout the last half of the movie. A waste of time. A waste of money. A waste of brain energy. Nudity: None. Violence: Minimal. Language: Extremely bad.
My Ratings: Very Offensive / 3

Bryan E, age 35
Negative—This could be the worst movie that I have every seen. The language was awful! It was so boring that I had trouble staying awake. Skip this movie.
My Ratings: Extremely Offensive / 1½

Lynelle Thompson, age 50
Comments from young people
Negative—…I went to this movie expecting to laugh a lot, that’s not really what I got. Yes, there are funny parts in it but even those arent that funny. There is an average amount of swearing. You might look at the title and think that is going to be full of innuendos, but I really didnt hear many unless I didnt get them. The movie has a good ending and you have to wait till the movie ends for the funnest part of the movie, this movie is not a family movie by any means and don’t recommend this movie for anyone under 16, if you are really wanting to know what its like I think a parent should see it first to judge it, but I didnt find it an impressive movie and was a bit bored.
My Ratings: Average / 2½

Ericka, age 17
Neutral—I would have to say, I was not a big fan coming to watch the movie. It looked very inappropriate (just look at the title). I do have to say, after watching it, it was not that bad. Although language and sexual content was a bit high, it still had a good purpose that shined through. That is letting go of the past, forgiving and forgetting. The main character, John Farely, is unable to let go of his horrible P.E. class past with Mr. Woodcock. This causes him to go almost insane and embarrass himself badly. I would say for all the bad, there is some good. But, of course, I definitely would not see it again.
My Ratings: Moral rating: Very Offensive / Moviemaking quality: 5