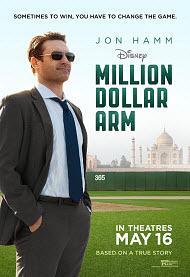 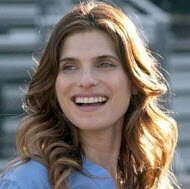 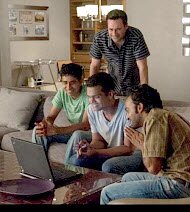 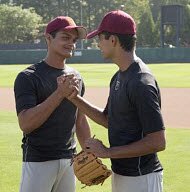 the importance of family

What is Monism and Pantheistic Monism? Who believes in Monism? Is it biblical? Answer

INDIA—Did Jesus go to India as a child and learn from Hindu Gurus? Answer

“Sometimes to win, you have to change the game.”

J.B. Bernstein (Jon Hamm) has a problem with loneliness. Not that he knows it, nor would he ever admit to it.

Sure, his business partner, Ash (Aasif Mandvi), can tell, and so can the pretty residency doctor, Brenda (Lake Bell), who rents out his guesthouse. But as for J.B. himself, well, he doesn’t have time to be lonely. He only makes time for business. Well, business and a steady parade of beautiful models and liquor bottles.

Problem is, though, that none of those can pay his bills. J.B. may be all about business, but the business has not been all about him as of late, and the outlook for his fledgling agency is grim. But it is here, when he’s desperately looking for anything to keep him afloat, that he hits on the idea of mining India for baseball players.

From there a reality show called “The Million Dollar Arm” is birthed, and, in spite of several bumps in the road, it looks like things might finally be looking up for J.B.’s business. Until, that is, as a result of being forced to live with and care for the first two winners of the competition, Dinesh Patel (Madhur Mittal) and Rinku Singh (Suraj Sharma), he begins to struggle with the implications of his “business first, people second” way of life.

It’s not a secret that J.B. has a soft spot for bedding models, but it’s all implied rather than shown. Dinesh accidentally walks in on one of J.B.’s squeezes in the bathroom, but she is fully clothed. Some outfits show varying amounts of bare skin and/or cleavage, but they are few and far between. J.B. and Brenda kiss, and it is implied that they sleep together.

fornication and lust in the Bible

Alcohol use is prevalent throughout much of the film. People routinely drink beer, wine, scotch, and other hard liquors both casually and at parties, and we see a few people in varying states of inebriation. One of the Indian men accidentally gets drunk at a party when he doesn’t realize the punch contains alcohol, an innocent mistake that costs both him and J.B.

Specifics aren’t mentioned, but the boys from India are serious about their faith (likely Hinduism but, again, it’s not specified.) Several times we see them praying at a makeshift shrine that they’ve erected inside J.B.’s house, and they also spend time meditating in his backyard.

Both during and after the film, I couldn’t get the beginning of Psalm 68:6 out of my head:

“God sets the lonely in families”

As much as this is a baseball movie, it is equally a movie about family. It’s clear that both Dinesh and Rinku love and value their families very dearly, and want what’s best for them. When Dinesh gets his second place prize money from The Million Dollar Arm contest, he immediately buys his father a new truck for his delivery business. Rinku and his mother share a special bond and keep in close contact, even when they are oceans apart.

J.B. has no time or patience for family, and it shows in a big way in the way he relates to Dinesh and Rinku as they live with him. It’s clear they look to him as a father figure, and that he sees them as little more than a means for fueling his long shot bid at success. He is, in many ways, the epitome of a father living vicariously through his children. He didn’t ask to become their caregiver, let alone a surrogate father, and he can’t be bothered by anything that distracts him from his other business. And they definitely distract him from his other business.

As much as he disdains the responsibilities thrust upon him, spending time with the boys begins spreading a warmth and joy inside him that begins to replace the cold distance and indifference. Dinesh and Rinku may not be the family J.B. wanted, but they are the family he needed. By the time the credits role, J.B. is a changed man—not perfect, but changed, and willing to fight for others even at the expense of the bottom line.

In many ways, “Million Dollar Arm” is exactly what you might expect: a well-made, relatively clean, and uplifting movie about two fish out of water struggling to adjust while trying to learn how to play baseball.

And that’s a good thing.

In spite of largely adhering to an underdog formula we’re all very familiar with, it’s still a fresh, enjoyable film that manages to leave the audience with a good taste in their mouth and a warm fuzzy feeling in their heart. Its message about families is meaningful without feeling preachy, and it’s easy to root for each of the characters as they learn, stretch, and grow along the way. As a result, aside from a few minor content concerns, it’s a film that offers families the rare chance to see (and enjoy) something together, and it offers plenty of important themes to spark meaningful conversations afterward.

Neutral
Neutral—I’m a big sports nut, so I went to see this movie, but left rather disappointed. It is based on the true story about the cricket players from India who were signed by the Pirates baseball team. I found the story dragged a bit, and that some of the storyline was a bit wanting, from my perspective. Also, there are several things that Christians may find offensive. Although there is not any noticeable swearing other than a couple of OMG's, there are quite a few sexual references, as well as a lot of drinking. It is implied that the characters have sex outside of marriage. The fellows from India tell him he should marry his neighbor whom he has just spent the night with, but he says they don’t have to get married just because of that.

There are no Christian references at all, and quite a bit of Hindu content. If you know the Hindi language, you would probably enjoy that part of it, as there is a lot of that language spoken with subtitles for the rest of us. I don’t know if I’d recommend the movie or not. I think I would recommend seeing the movie “42” instead which is a much better movie and has some Christian content.
My Ratings: Moral rating: Average / Moviemaking quality: 3

Kathy Pj, age 53 (Canada)
Neutral—I thought that it was a little strong with the Hindu religion. I understand that the players were from India, but how necessary was all the religious stuff. In the movie “42,” they used the “n” word, but Jackie Robinson remained decent throughout the story. He was a Christian. I never saw any scenes where he was praying. I wish they did so we could see where he found his strength.

In “The Million $ Arm,” the agent does a lot of fornication and drinking. The decent people were the men from India, but they had idols. Overall, it is nice story about two young men from a poor village who get a chance at riches and success. There is a focus on the family, but I struggled with the Hindu idols, the agent sleeping with women, and the drinking throughout the movie. It left a bad after taste when I watched it.
My Ratings: Moral rating: Offensive / Moviemaking quality: 3½