The Edge of Love

for some sexuality, language and disturbing war images 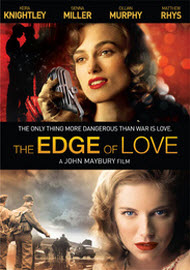 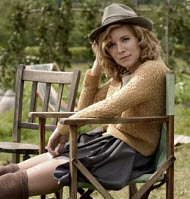 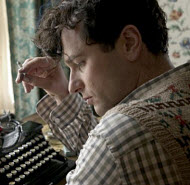 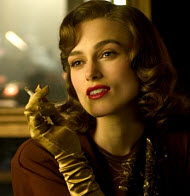 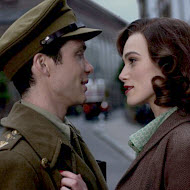 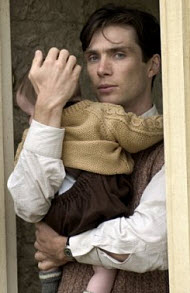 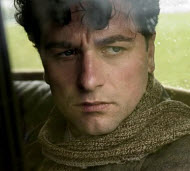 “The only thing more dangerous than war… is love.”

It’s London 1940. At night, the city comes alive to singing and drinking. The usual glitz is only marred by the occasional air raid. Acclaimed Welsh poet Dylan Thomas (Matthew Rhys) runs into his childhood love Vera Phillips (Keira Knightley). While Vera looks fondly at her former love, Dylan lustfully studies her, telling her to never leave him. She seemingly obliges while Dylan conveniently leaves out the fact that he is now married to Caitlin MacNamara (Sienna Miller). Upon learning of his marriage, Vera wisely leaves.

Although Dylan obviously lusts for Vera, Caitlin tolerates her presence in hopes for a best friend. Inviting Vera into their circle, the trio gets along and eventually moves in together. Vera soon begins to date the very smitten soldier William Killick (Cillian Murphy). He aggressively pursues Vera, though not blindly. Seeing the brewing sexual tension between Dylan and Vera, William states that while he knows Dylan might be the better man, at least he is not married. Before he is shipped off, they are married, and, shortly there after, Vera finds she is pregnant. The friends then move to the Welsh countryside where adulterous affairs, drunkenness, and Dylan’s relentless pursuit of Vera continues.

To say that this film is loosely based on the life of poet Dylan Thomas would be giving it too much credit. We get a few glimpses of some of his poetry, but nowhere near enough. His talent and his life do not take the forefront. Instead, he’s merely a minor character who’s presented as a selfish drunkard in the midst of a love (or rather lust) triangle. The main focus of the story is between Vera and Caitlin.

While the film begins mesmerizingly, the middle somewhat drags its way through until the final third of the film which involves William’s return from war. The strength of the beginning was in the reuniting of the two former flames. We see the want in Thomas’ eyes, the females’ blooming friendship, and William’s growing jealousy of Vera and Dylan. The tension begins to brew, but nothing boils over; everything just simmers. The fire begins to die out since the only thing that can reignite it is William’s return from the war.

John Maybury’s direction is much better than his 2005 thriller “The Jacket.” While he still uses facial close-ups, they’re much more pleasant. Instead of crooked noses and jagged teeth, he uses the beauty of Sienna Miller and interesting neon colors against Keira Knightley’s face. The cinematography is detailed and successful, and the props and costumes amazingly accurate.

The cast is excellent. Initially, I felt Cillian Murphy to be miscast, but he grows into his character and gives a strong performance. On the other hand, Matthew Rhys was absolutely perfect as Dylan Thomas; he exemplified every negative characterization of his limited character. While Keira Knightley displays her usual talent; this is not her strongest film. Not because of her acting, but because of her character. Vera is not the best-rounded character in the film. Of the two, Caitlin is the better-rounded one, with Sienna Miller bringing her home.

While Caitlin doesn’t make the best decisions, she accurately reflects on how sometimes we humans don’t always make the best ones. She does know that Dylan still lusts for Vera. She can see it in his eyes and firmly warns her husband that she’ll kill him if he touches her friend. The problem is, that she wants the best of both worlds: a devoted husband and a devoted best friend. Even with Vera admitting that she never got over Dylan, Caitlin feels that their sisterly bond will prevail. However, Caitlin is no saint herself. While she beats her husband’s head on the ground for his numerous infidelities, she has her affairs, too. Eventually she gets an abortion since she is not sure whose child she is carrying.

The film shows how a debauchery of sin and a life without Christ can wreck all existences. While the film’s heavy on adultery, smoking and drinking, it is never glorified. The characters reap what they sow. Sexual immorality is one of the most dangerous sins. In 1 Corinthians 6:18, Paul wrote to “flee from sexual immorality.” One should notice how Paul did not say to simply avoid it or fight it, but to run from it. Impure thoughts are the beginnings of sexual immorality only occurring in the mind without anyone knowing. This is an extremely dangerous ground where almost no accountability exists. Affairs, rarely if ever, blossom over one night. The sinful trap is often slowly created beginning with lustful thoughts.

I feel that I am not giving away any spoilers with what eventually happens between Dylan and Vera. Most people know that if you play with fire, you will eventually get burnt. In the end of the film, Vera tells Caitlin that she did not mean to hurt her. Well, she did mean for the sin to happen. Right before their having sex, Dylan told her to go, but she willingly stayed. However, Vera did fight it for a long time. Her lust for Dylan and her friendship with Caitlin caused an enormous battle between her spirit and flesh. This is why we are warned that “evil company corrupts good habits.” Jesus said, “watch and pray so that you will not fall into temptation. The spirit is willing, but the body is weak.” She should have wisely stayed away like she planned to in the beginning. Once her emotional roots were attached to Caitlin, it became the perfect trap for her increasing attraction to Dylan.

My favorite character, believe it or not, is William. Despite giving him the cold shoulder, spending all his money, and sleeping with her former flame, William still loved Vera. Even worse, he was not even sure if the child was truly his. From the world’s perspective, one might not blame William when he gets his gun and fires at Dylan’s house in a drunken rage. King Solomon did talk about how a cheated man would react in Proverbs 6:34, “for jealousy arouses a husband’s fury, and he will show no mercy when he takes his revenge.” At the end, he forgives Vera, returning to his former self in loving his wife and caring for their child.

Upon closing, it is important to note that the film’s appropriately rated ‘R.’ One soldier’s arm is shown being sawed off, but the director did a tasteful job in making the scene impacting, rather than gruesome. William slaps an older woman and accidentally hits Vera in the face as they struggle to take control of his gun. The cursing is mild with about two instances of the ‘f’ word and a few other mild profanities scattered throughout the film.

The main offense of the film comes from the sexual content. Caitlin’s often braless with slightly transparent shirts and at one time does cartwheel, which briefly shows her breasts. There are three sex scenes; two are fully clothed and within a marriage. While the second shows Knightley’s breasts and then just a collage of up-close skin shots.

I personally do not recommend this film. There have been cleaner, more impacting films which have demonstrated how much havoc sin can wreck upon lives. On a final note, some have said that the film implied lesbianism between Vera and Caitlin; I disagree. The film simply showed two women who shared a close, sisterly bond, before it was torn apart from betrayal and lust.

Negative—I had some hopes for this film, with Keira Knightley and being a period piece. Sadly, overall, there wasn’t anything endearing or redeeming about it. The characters all make life-destroying choices, like abortions, acting out in violence, willing financial devastation, etc. … with the major chord of the movie being infidelity. Time is precious, don’t waste your time with this one!
My Ratings: Moral rating: Extremely Offensive / Moviemaking quality: 3