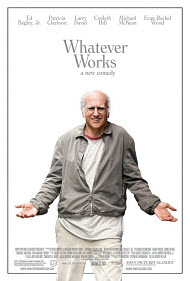 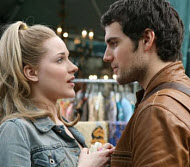 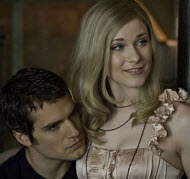 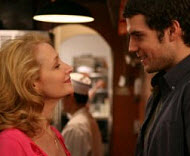 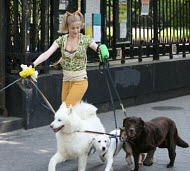 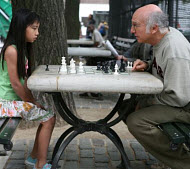 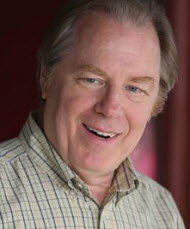 SUICIDAL—What does the Bible say? Answer

Discover The HOPE—God’s promise for all people—told beautifully and clearly from the beginning. Watch on-line, full-length motion picture.

Let me preface this review by unashamedly admitting I am a huge Woody Allen fan and believe that, if there were a cinematic hall of fame, two of his earliest films “Annie Hall” and “Manhattan” would receive immediate induction into such a prestigious hall. I have seen nearly all of his films, even some of his earlier dramatic pieces and was eagerly awaiting “Whatever Works” with a sense of cinematic naiveté that with ‘Woody’ at the helm, it had to work.

With such a provocative title it would be easy to summarize this film in one word, “doesn’t.” However, since we are talking about Woody Allen here (as well as the fact that that critique has already been penned), I will elaborate a bit.

Boris Yelnikoff, the character played by Larry David, will be very familiar to fans of ‘Curb your Enthusiasm’ and recognizable to long time fans of Allen. David is simply doing a variation that Allen himself has made an icon in his films. However, unlike the Allen Character, Boris has very little, if any, discernible sense of humor. Boris is an eccentric, New York chess teacher who vents his misanthropic philosophies to anyone who has the misfortune to cross his path.

Along this path, comes Melodie St. Ann Celestine (Evan Rachel Wood) who lands on Boris’ doorstep after running away from her Mississippi home. She has come to New York to escape her mundane (‘traditional’) life in a Southern town and her overbearing (‘Christian’) parents. She feels that Boris (easily forty years her senior) and a fresh start in ‘The Big Apple’ can save her. Although he first has reservations about letting her stay, he reluctantly gives in and eventually they end up marrying.

Into their lives come her parents from Mississippi, first her mother (Patricia Clarkson) and eventually her father (Ed Begley Jr.). Both enter Boris’ world admitting to being ‘born-again Christians,’ but, amazingly, after being proselytized to by Boris and his bohemian philosophy, both abandon their faith and give into lifestyles that will undoubtedly offend even the most open-minded Christian viewers.

Even if you ignore (which is very difficult to do) its overt attack on religion and anything traditional, the film itself is a mess. The film is little more than one diatribe after another of Boris’ venting about people and ideas that he disagrees with.

It’s one thing for a Jewish liberal to poke fun at political systems, celebrities and religion in a self-deprecating and humorous manner, but there is no humor coming from Boris, only venom against traditional and conservative groups and organizations he cannot tolerate.

Which is the biggest problem with Boris’ simple two-word mantra towards living a productive life (and this film which blatantly tries to sell it). Do ‘whatever works’ as long as ‘whatever works’ is not a traditional, conservative set of values or doctrine that hinders Boris’ notion of doing ‘whatever works.’

As ‘Christianity’ is the main target of Boris’ abusive rants, Christians will have a difficult time with this movie. Though the film contains no actual on-screen sex nor nudity, there is plenty in the way of sexually-loaded dialogue that earns the movie its PG-13 rating. There are numerous conversations about sexual infidelity, including conversations about ménage a trios, homosexuality and even sex with a sheep. In one scene, a women is in the kitchen with two male lovers, and one of them grabs her behind. She is also seen in bed with the two men. Two men kiss one another. A man who confesses to be a devout ‘Christian,’ ‘discovers’ that he is actually a homosexual and gives up his Christianity and becomes a homosexual. One character states that “God is gay” and is not implying the term means “happy,” but rather that God must be a homosexual and then goes on to argue why this is the case.

Though there is no actual nudity of any characters in the film, there is a scene which contains nudity in photos. At a photography exhibition there are large black-and-white pictures of naked bodies, and we see full frontal nudity of both men and women.

As both a Christian and a Woody Allen fan, I found this film both troubling and disappointing. As a Christian, it was troubling for all the reasons that have been mentioned, but, more than that, the film was disappointing because even without considering the offenses, it’s just not a good film in any regard. The film takes place primarily in Boris’ Greenwich Village loft and feels more like a movie adapted from a three-act stage play than an original piece designed for the silver-screen. None of the performances are remarkable, and most of the characters are merely there to allow a new person to be the recipient of Boris’ invective.

If you’re a cinema fan, if you’re a Woody Allen fan (or perhaps a Larry David fan) or have a slight interest in seeing ‘Whatever Works,’ do yourself a favor and instead go back and watch “Annie Hall,” “Manhattan,” “Hannah & Her Sisters,” or any other Woody film. Even if you’ve seen them, watch them again before spending the 92 minutes on this far too virulent film that just, well, simply does not work.

Negative
Negative—This movie was not just a “movie” the dialog was purposely designed to show Christians as weak and stupid and as un-happy people. The Christians in the movie just did not know that prayer did not work etc.etc.etc.I would never recommend anyone see this absolute attack on Christianity; however the rating of PG-13 is OUTRAGEOUS!! The adult content is from beginning to end more than deserving of an R rating. What a sad situation the world is in today when a movie of this type of character portrayed, hopeless and despair is open and encouraged for thirteen-year-old children to view. Naked bodies, Mom in bed with two men, Dad with Gay lover, Daughter sadly with a bitter, suicidal old man, as old as a grandfather.

Every Christian portrayed in the movie was shown to be a total idiot, weak and each Christian leaves their faith in God. Sadly, the movie industry can be such bigots to put Christian’s in such a bad light, yet Christians are not allowed to EVER speak publicly in anyway against such lifestyles that are promoted in this movie. Thirteen year olds?? “parents please watch this movie before you let your child see it”.
My Ratings: Moral rating: Extremely Offensive / Moviemaking quality: 3½
Patsy, age 60 (USA)
Comments from young people
Negative—Well, I don’t know what I expected from this movie. The reviews on IMDB were highly misleading, as the sexual dialogue and attacks on MY faith far surpassed anything that possibly could have been predicted. While I do not easily get offended, the potshots taken at God and Christianity in general caused me much consternation. As to the overt sexuality and homosexuality, I was severely offended in this as well. Two thumbs… down. Or cut off.
My Ratings: Moral rating: Very Offensive / Moviemaking quality: 4
Ethan, age 17 (USA)
Movie Critics
…A one-note Larry David curbs any enthusiasm for Allen’s ‘Works’… He’s a nihilist [a person who believes human existence has no objective meaning, purpose, or intrinsic value], a fatalist—“on the whole we’re a failed species”—and, deep in the Woody grain, an anhedonist who can’t enjoy the extended pleasure of a young woman’s company. … the movie on the whole is joyless. “Whatever Works” doesn’t.
The Wall Street Journal
…one of the least engaging movies ever by the prolific Allen…
Claudia Puig, USA Today
…WHATEVER WORKS is perhaps Woody Allen’s meanest, most self-righteous and most politically correct movie. It’s also his most Anti-Christian movie, in the sense of being his most hateful movie. As such, it deserves comparison to the Anti-Semitic rants that Hitler’s National Socialists use to make. Allen has always shown himself to be a typical myopic, muddle-headed New York liberal. This movie cements his reputation as a liberal, lamebrain loon. …
Ted Baehr, Movieguide
…“Whatever Works” isn’t a good Woody Allen movie, even by latter-day standards. It is, however, a surprisingly offensive Woody Allen movie, inviting us, as it does, to sneer at benighted Southerners, idiot Christians, stupid kids and their hard-rock music—anything, in short, that wouldn’t pass muster among the preening Big Apple sophisticates of whom the director is a longtime laureate. …
Kurt Loder, MTV
…takes the disconcerting form of a disquisition on quantum physics, love and chance, ranted directly to the camera by terminally misanthropic Larry David. Though stuffed with witty one-liners and wondrously convoluted tirades, this far-fetched, deliberately artificial game of musical chairs—in which mismatched characters encircle, attract and repel each other—feels forced, often losing itself in excess verbiage. …
Ronnie Scheib, Variety