for crude material including suggestive references, language and some male rear nudity. 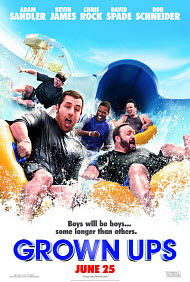 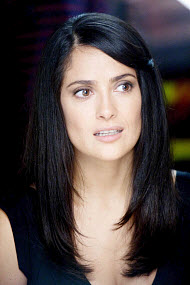 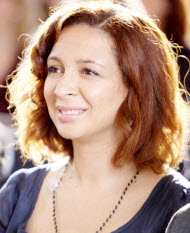 Funerals in the Bible

Cooking in the Bible

“Boys will be boys… some longer than others.”

The most successful moviemaking comedian from my generation is without a doubt Adam Sandler. In the 1990’s, the Saturday Night Live alum released countless hits that played to generation X-ers across the country. From “Billy Madison” to “Happy Gilmore” to “The Wedding Singer,” Sandler continually made males in their teens and 20’s laugh with a steady blend of PG-13 potty humor and sexual innuendo. He also did it with help from his SNL buddies who would cameo in his films. Former SNL cast mates Rob Schneider, David Spade, Chris Rock, and Chris Farley would routinely appear in Sandler’s work.

As Sandler got older and more mature, his films did as well. He starred in a couple of serious movies including “Spanglish” for which he received critical acclaim. Even his comedies were sweeter in nature, as he made a children’s film called “Bedtime Stories” and another comedy called “Click” which was traditional Sandler humor with a much sweeter, heartfelt core.

All of this leads us to “Grown Ups,” a comedy in which Sandler tries his best to combine the three tenets of his film career: Immature comedy starring him and his SNL buddies mixed with a sweet coming-of-age message. Unfortunately, while the cast is great, the movie isn’t, and what the viewer is left with is a movie that is nothing more than five guys who are past their prime telling unfunny jokes.

The premise of “Grown Ups” is a simple one. Five childhood friends who have gone their separate ways are reunited by the death of their former basketball coach. They, along with their respective families, decide to spend a weekend together in one big lake house so they can reconnect.

The five leads are played by Sandler, Rock, Spade, Schneider, and Kevin James (taking the place of the late Chris Farley). While each of these actors can potentially be funny, they’re all wasted in “Grown Ups.” It seems like these guys are genuinely friends and had a lot of fun making the film, but that fun doesn’t translate to screen. It seems as though most of the scenes are improvised, and, aside from a few funny ones, the jokes just fall flat.

Also appearing in the film is more of Sandler’s traditional style of humor. There are plenty of potty jokes, as well as sexual innuendo, including a running gag where one of the kids is still breast feeding at four years of age. In his earlier days, some of this humor was successful, because Sandler himself was just a kid, but now, with these actors in their 40’s, it’s clear that they all deserve better.

There are some good messages in “Grown Ups.” Each family comes to its own positive realization. They learn that family is more important than work, that you need to accept people for who they are, and that an act of selflessness goes a long way.

If “Grown Ups” were made with a little more precision, better editing, and a tighter script, it could’ve been a lot of fun. Unfortunately, that’s not the case, and, instead, we’re stuck with a movie that falls flat. In trying to combine the best parts of all of his movies, Sandler has created a mixture that just doesn’t work and is only occasionally funny. It’s an unsatisfying movie-going experience and one you can definitely live without.

Neutral
Neutral—I just got back from seeing this movie in the theater and I have to say that this is a very funny movie if you like Adam Sandler’s work. If you thought Billy Madison, Happy Gilmore, Mr. Deeds, etc were funny then I believe you will enjoy this film. If you couldn’t enjoy his humor then, you will not be able to enjoy it now. The characters in the movie worked well together with maybe the exception of Chris Rock, who in my opinion always seemed like he was forced in the scenes like a bad puzzle piece. I laughed hysterically many times which made it worth the money but I give this a neutral rating because of the moral objections I have. As one who tries to avoid movies that are filled with cursing, sexuality, and other ungodly things, this movie not only walked the line of being on the unclean side, but I think it crossed over just a bit.

This would not be a good movie to take your kids to see and because of its content I will never own this movie. Take that warning and view with caution but be ready to laugh.
My Ratings: Moral rating: Offensive / Moviemaking quality: 5

Greg Crawford, age 26 (USA)
Negative
Negative—Possibly the worst film I’ve seen in recent years, and definitely the worst Adam Sandler film of his career. In addition to every character delivering one liner sexual innuendos, it just wasn’t funny. I’m a fan of Adam Sandler and have enjoyed almost all of his movies. This was so poorly written that the actors struggled in their performances. This movies is the kind of garbage that Hollywood believes is funny to mainstream America, but has no concept of mainstream America. It is written for itself (Hollywood) and is completely void of any kind of morality. It probably reflects much of the world, but unfortunately reflects that it should be this way, and that’s where it (and all the others of similar scripts) fails all of us, but especially our children. PG-13 but should have a R rating.
My Ratings: Moral rating: Very Offensive / Moviemaking quality: 1

Alan Yeck, age 48 (USA)
Negative—It was funny, at first, then it got dirty. The kids were so materialistic, and the language and sexual context was disgusting. I felt awful that I seen this movie. It’s a waste of time and money. Jesus tells us to be pure and holy and to not set our eyes upon evil.
My Ratings: Moral rating: Extremely Offensive / Moviemaking quality: ½

J, age 26 (USA)
Comments from young people
Positive—Oh man… well this movie is pretty funny, but also disappointing. The jokes were predictable and very toilet like. I thought it was ok I was hyping this movie up soooo much that when I walked out of the movies, I was tempted to ask for my $19.50 back. If you like cheesy jokes, gross comments, and or toilet humor, GO SEE THIS MOVIE.
My Ratings: Moral rating: Average / Moviemaking quality: 3½

Jacob Atkinson, age 14 (USA)
Positive—I saw this movie with my boyfriend and several adults and young children (around the age of 5 or 6). While I enjoyed the movie, I don’t think that it was a movie geared at the young child. There were several objectionable comments in the movie. But, all in all, I would watch it again. However, I don’t recommend it for anyone under 15.
My Ratings: Moral rating: Offensive / Moviemaking quality: 3

Becky, age 15 (Turkey)
Positive—This movie is hilarious. There is some offensive content. I wouldn’t let anyone under 12 watch this movie. Overall, really good. …
My Ratings: Moral rating: Offensive / Moviemaking quality: 4½