for mature sexual humor throughout, language and some drug content. 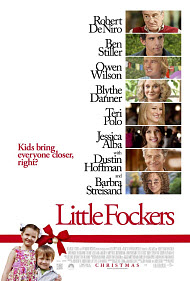 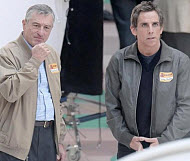 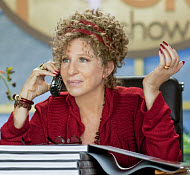 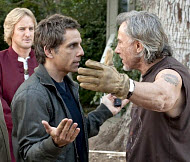 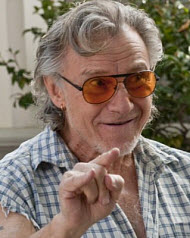 “Maybe the kids will bring them closer?”

Whodathunkit? Gay and Pam Cakes Focker have gone and had babies! For those who have no clue who the Fockers are and why it is so frightening that they have kids, then let me catch you up on this latest sequel to the 2000 hit “Meet the Parents,” starring Ben Stiller, Robert De Niro, Blythe Danner, Owen Wilson, and Teri Polo.

When we first met male nurse Greg Focker (Stiller), he was being introduced to his fiancée’s parents, Jack (DeNiro) and Deena (Danner) Byrnes. Jack is a former CIA operative, and anyone who dared to enter his family had to prove themselves worthy of being in the “circle of trust.” Jack never quite approved of his daughter Pam’s (Polo) choosing of Greg; he would rather she be with Kevin (Wilson) a handsome, rich playboy with eclectic taste in clothing and spirituality. Love won out, and in the 2004 sequel, “Meet the Fockers,” Pam meets Greg’s parents, Bernie and Rozalin (played by Dustin Hoffman and Barbara Streisand), and after more tests and trials, the couple is married.

In “Little Fockers,” Greg continues to bumble his way through life, especially as a father. His daughter refuses to speak to him, and his son is a chip off the old block. Greg is enjoying some success in his career, but financial woes related to renovating their new home and financing private school for their son (and, of course, pressure from Byrnes to be Jack’s heir apparent—“the God-Focker”), force Greg to seek ways to add extra income. He does so by being a representative for Sustengo, the latest drug for erectile dysfunction, after being cajoled and seduced by the company’s rep, Andi Garcia (Jessica Alba). Greg tries to handle his multiple responsibilities, but in true Focker-style, he has mishap after mishap.

This film is funny, yes, as most of Stiller’s films are humorous. It does try too hard, at times, to “make” the audience laugh. With a cast of characters as rich and deep as this film, the writers and directors should not have had to rely on poor language, sight gags, and pratfalls. They didn’t need a scene where little Henry (Greg’s son) is startled by seeing his dad give his grandfather a hypodermic needle injection into his “manhood,” after Jack had taken too much Sustengo.

The oversexualized dialogue, coarse language, and adult behavior are enough to caution the Christian viewer about seeing this film. While it only has a PG-13 rating, the film is full of mature themes that should make a parent question whether a child or teen should see this film.

Reviews of other films in this series:

Negative
Negative—SSSSOOOO disappointing! This movie was NOT funny, and I can’t believe how BAD it was. I normally always review movies before I see them and this one I didn’t. Don’t waste your time, believe me you will regret seeing this movie. It focuses on one of the husband’s of the family cheating on his wife and leaving her, then Ben having some floozy chase after him, then DeNiro trying to get his daughter to marry Kevin and leave her husband Ben. I could not believe how bad this movie is, for I thought the first ones were hilarious, even though they had too much racy content sexually. Don’t waste your time.
My Ratings: Moral rating: Extremely Offensive / Moviemaking quality: ½

Samantha Taylor, age 36 (USA)
Negative—I did not like this film. But, if coarse, saucy and bawdy entertainment is your fare, you will not be disappointed. It is manifestly unChristian, but it does not sink any lower than a traditionally lewd French bedroom farce. It has a positive ending, and Ben Stiller’s character exercises moral restraint in circumstances where that would be very difficult for many men. I do not recommend this movie, and I am sure that you would be better staying at home reading the Good Book, but it is not a vicious disgusting piece of excrement like Anne Hathaway’s “Love and Other Drugs”.
My Ratings: Moral rating: Very Offensive / Moviemaking quality: 3

Blue, age 52 (Australia)
Negative—Thinking this movie might be similar to the last movie, we sat down with our children and a pizza to watch. Never again will I do that without reviewing a movie sequel! Exposing my children to ten minutes of filth was my fault, but the content was unexpected and disappointing. It was of no moral fiber, and, in fact, promoted a sick view of real life. My children left the room voluntarily, while my husband and I watched to see if it got any better. It didn’t.

I really wonder why producers seem to think that most adults want to see movies with crude humor, nudity, and sexuality with cursing throughout or why very talented actors agree to act it. What happened to creative artistry and self respect? Bottom line: it is a waste of money and time, and, again, I WILL NOT buy another movie without reviewing it.
My Ratings: Moral rating: Extremely Offensive / Moviemaking quality: 2

Tari, age 48 (USA)
Comments from young people
Negative—Movie was very offensive! Woman kept trying to have affair with a married man. Shows her taking off her shirt and jumping on him, wrapping her legs around him trying to kiss him. The whole movie was about sex, sex, and more sex.

I went with my boyfriend and the amount of sexual detailed talks and scenes were making it uncomfortable for me. They did have quiet a bit of very funny scenes in the movie,but there was so much stuff that was not good. For instance; in one scene of the movie the Grandpa takes “sex-boosting” pills. The medicine has a bad effect on him and his penis swells up. Him and his son-in-law go into the bathroom and his son-in-law (who’s a nurse) gives him a shot in his penis. Right as that is happening the little boy opens up the door. This was funny, but inappropriate.

As far as cuss words go, there were a few, but not as many as I had expected there to be.

Overall, the movie is not suitable for a family to go watch.
My Ratings: Moral rating: Very Offensive / Moviemaking quality: 4½

KC, age Teen (USA)
Movie Critics
…Apart from the smutty giggles that derive from the mere mention of the Focker family surname, this third entry in the now 10-year-old comedy franchise falls flat. …

Marjorie Baumgarten, The Austin Chronicle
…A waste of time… unfunny… De Niro is reduced to shilling for the cheapest of laughs in the weakest of franchises. …

Peter Howell, Toronto Star
…Despite the title, marginally clever as it is, Little Fockers is mostly about the adult members of the unfortunately named clan. … It takes too long for the story to take off and even longer for the comedy to kick in. …

Claudia Puig, USA Today
…‘Little Fockers’ packs in all the cynicism and laziness of a tired franchise’s third chapter. … In all fairness, a more accurate title—say, Ben Stiller Conveys Abject Humiliation as Robert De Niro Cashes Another Paycheck—would stretch the capacity of most marquees. …

Gary Thompson, Philadelphia Daily News
…the least among the trio of comedies about the power struggle between a nebbishy male nurse and his menacing, control-freak father-in-law. It’s a desultory, patchwork affair — competently made, comfortably played, but lacking the heart and wit that characterized, in varying degrees, “Meet the Parents” and “Meet the Fockers.”… the whole set-up just isn’t very funny. …

Roger Moore, Orlando Sentinel
…just isn’t funny… the comedy’s gone missing, the puns are tortured (to say nothing of the audience)…

Betsy Sharkey, Los Angeles Times
…The usual bodily liquids and penis jokes. … Apparently, because all the good jokes were used up in the first two “Fockers” movies, the wisenheimers behind the latest installment in this unnecessary trilogy decided to bring in some spew, opening a sick toddler’s mouth like a fire hydrant and letting it rip. …