for language and some sexual content/nudity. 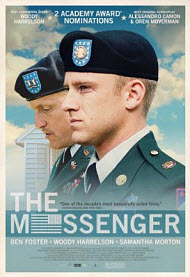 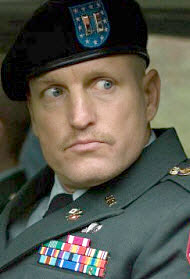 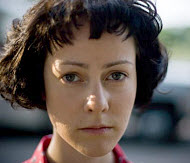 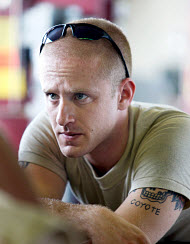 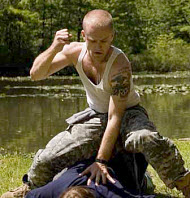 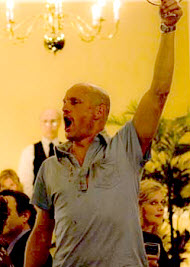 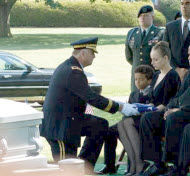 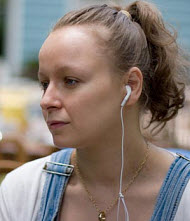 IRAQ—What is the significance of Iraq in the Bible? Answer

Hope in the Bible

Discover God’s promise for all people—told beautifully and clearly from the beginning. Discover The HOPE! Watch it on Christian Answers—full-length motion picture.
Sexuality

Being a soldier during wartime is tough. I can only imagine how tough it must be then to be a soldier whose job it is to go around to other soldiers’ families to tell them of their loss. Such is the subject matter for “The Messenger,” a sad, but deeply moving, picture that details the mindset of soldiers carrying the weight of delivering such terrible news to loved ones.

Sgt. Will Montgomery (Ben Foster—“3:10 to Yuma”) is a soldier who only has a couple months left on his tour of duty. Unfortunately, Montgomery is injured in battle and assigned to the Casualty Notification team to finish out his tour. Home from the war, but not out of duty, Montgomery is dealing with the love of his life marrying someone else, as well as serious PTSD. He has no desire to live, much less be on the Casualty Notification team.

Montgomery’s boss and partner Capt. Tony Stone (Woody Harrelson) is also a troubled soldier, but has taken to his job. He is by the book, and manages to do the job successfully by not getting emotionally involved with any families to which he delivers the bad news.

As Montgomery becomes more accustomed to his new role, he and Stone become close, but also have very different ways of notification. Montgomery makes a connection with those he must notify, and sometimes he is met with anger. Montgomery befriends a widow of a fallen soldier and has to deal with the ethical dilemma of his feelings for her and the appropriate way to display them.

“The Messenger” is a tough movie to watch. Tougher than seeing soldiers die through brutal violence is watching the reaction of their loved ones, knowing they can do nothing about it. It’s a painstaking job and one that takes its toll on the viewer, as well as the two main characters. It also has a strong message about the connections people have and the ones they make. It shows how much people need help, support, and encouragement.

What stands out from a filmmaking standpoint are the performances, particularly that of Woody Harrelson and Ben Foster. These two are perfect for their roles and bring the most to every scene. The film has an understated feel that lets whatever is happening on screen speak for itself.

“The Messenger” is about as realistic a movie as you’ll find, and because of that the depiction of two soldiers struggling with their own personal demons leaves the viewer with several content issues. The language and sexual dialogue is explicit, and there are a couple of scenes with gratuitous sexual content. Director Oren Moverman does not shy away from any aspect of these soldiers’ lives, even when it may have been the better choice to do so.

“The Messenger” will probably leave you sad and pensive, but it’s ultimately a film about love and hope. It’s a dark, tough road that ultimately showcases the change in the lives of two men. While clearly a movie only for discerning adults, it’s a movie that will make you think.