for strong violence throughout and some language. 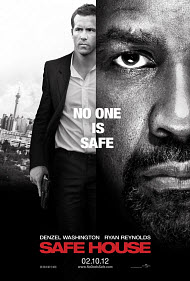 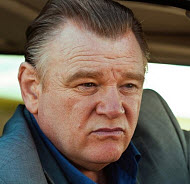 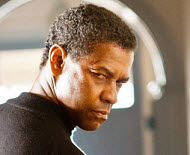 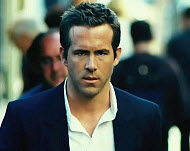 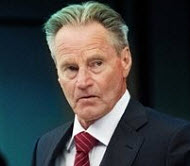 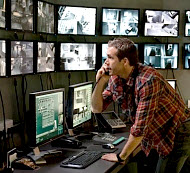 living on the run, longterm

renegade from the CIA

rookie versus an experienced man

This film is not a franchise, and there are no battling robots or 3D talking animals. This is a film that apparently still proves the power of the movie star. Ryan Reynonds is a hot commodity in today’s cinema, and Denzel Washington is the loyal best friend that you can always depend on. Add relentless action and explosions, and you have “Safe House.”

The story centers on Matt Weston (Reynolds), a CIA lackey looking for his big break while working at a safe house in Cape Town, South Africa. Conveniently for him, the CIA’s most wanted rogue agent is “captured” in Cape Town and taken to the house Weston oversees. Frost’s interrogation is cut short by a group of mercenaries hunting Frost. Weston and Frost make a daring escape, thrusting Weston into the duties he has yearned for, while details emerge about the true involvement of the mercenaries hunting Frost.

The movie delivers what the trailers promised—Ryan Reynolds, Denzel Washington, explosions, car chases, action, and more explosions. “Safe House” is more entertaining than I expected, but not without flaws. First the good: Reynolds is believable as a know-nothing agent, starstruck at Frost during the beginning interactions between the two. Apparently, though, all Weston needed was an attack on the safe house to go from a fumbling nobody to full-blown action hero. I will assume his CIA training is why he is so instinctive, but the quick 180 is a little jarring. Despite the lack of depth in the story, Reynolds is charming, as always, and suitable for the role. Denzel Washington is a haunting, intense presence, stealing scenes from Reynolds but being gracious enough to form a bond with him. Washington and Reynonds turn this generic action thriller into something that would be quite repetitive and boring had the roles been placed in less capable hands.

The shakey cam is back in full force, but not overdone, and actually improves the action. From the start, the film is unyielding in its action—fun to watch, but it hurts the little amount of depth the story tries to unfold. The CIA agents that are helping Weston are shallow characters, at best, and the twist at the end is as surprising as Monday turning to Tuesday.

The violence is fast, usually bloodless, and edited in a way to avoid showing anything exceptionally graphic. Characters are shot, but anything that results in death is either heard off-screen or cut away right after the shot. Characters are stabbed. Characters are killed by breaking their neck, one in self-defense. During Frost’s interrogation, he is water boarded and is shown coughing up water. There is a long, brutal fight involving a shard of glass. The film is violent, but not something worse, in my mind, than some PG-13 films.

The overarching theme of “Safe House” is about trust and the blurred line between lying and the need to protect others, including their reputations. However, even little white lies are not quite completely harmless; lying and dishonesty can easily become commonplace and has become so in today’s society. As evidenced by the CIA, in this film, lies are an easy way to cover up corruption. But God hates a lying tongue. Proverbs 6:16-19 says,

“There are six things doth the Lord hate: yea, seven are an abomination to Him: a proud look, a lying tongue, and hands that shed innocent blood, a heart that deviseth wicked imaginations, feet that be swift in running to mischief, a false witness that speaketh lies, and he that soweth discord among brethren.”

One of the Ten Commandments tells us, in Exodus 20:16, “Thou shalt not bear false witness against thy neighbor.” Sadly, this commandment—among others—was not honored by the characters in this film, but is, unfortunately, a realistic depiction of our morally broken society.

From a sheer perspective of entertainment, “Safe House” brings supplies action and leaves substance at home. The action is fast and frenzied, with great performances by the two title characters. Sadly, the unimaginative plot leaves a lot to be desired, leaving “Safe House” good, but not great.

Positive
Positive—The movie was good and did not offend me as a Christian.
My Ratings: Moral rating: Better than Average / Moviemaking quality: 4

Jim Fran, age 26 (USA)
Neutral
Neutral—This movie was very interesting, at first, but, by the end, I was getting a little bored. Spoiler Warning: One of my pet peeves with movies is when they have an awesome actor play the villain and they don’t do anything with him! Brendan Gleeson is capable of so much more than they gave him in this film. He could have had a much bigger role. This movie was okay for a one-time watch, but forgettable, overall.
My Ratings: Moral rating: Average / Moviemaking quality: 3½

Kadie Jo, age 20 (USA)
Comments from young people
Positive—“Safe House” was a very good and clever movie. I didn’t find it offensive, at all. There is one scene in the beginning, but nothing is shown. The violence isn’t any worse then a PG-13 film, and the language is very mild, with the exception of one f-word. I honestly don’t know why it was rated R. Overall, it was a very enjoyable film.
My Ratings: Moral rating: Good / Moviemaking quality: 4½

Aliya, age 14 (USA)
Positive—Really, I saw no reason for this movie to be R-rated. Of the three (Yes, three. I counted.) F-bombs that were uttered, one was barely audible, the second was whispered, and the third was said in a somewhat low voice. All three are quite easy to miss, if not paying attention. I have heard far more profanity in some PG-13 movies. The violence was no worse than what I’ve seen in other PG-13 rated movies, brutal, but the camera sometimes cut away at the “moment of impact,” and the hand-to-hand combat was very quick. Denzel Washington played an excellent role, and, all in all, I thought the movie was very well done. I would highly recommend this to any family with (older) teens, as the violence did disturb my 13 year-old sister.
My Ratings: Moral rating: Excellent! / Moviemaking quality: 4½