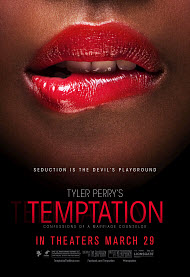 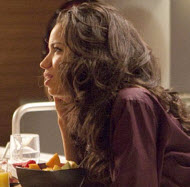 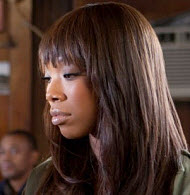 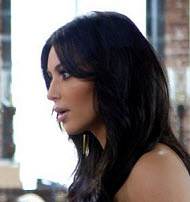 committing one sin leads to another, and another

importance of separating a marriage counselor’s personal and professional life

What causes a marriage to sizzle or fizzle?

TRUE LOVE—What is true love? How do you know when you have found it? Answer

“Seduction is the devil’s playground.”

In the sermon “Living As If There Are No Secrets,” a pastor and evangelical leader who has faced national disgrace for conduct unbecoming, urged congregants to avoid the pitfalls of mediocrity and compromise and to be honest about our struggles. In that strongly worded message, the minister stated, “Sin will take you farther than you want to go; it will cost you more than you want to pay. It will keep you longer than you want to stay.” Never were words so true for that pastor, for his former congregations, for Christians worldwide, and for the young couple in Tyler Perry’s newest film, appropriately titled, “Temptation.”

Life has changed significantly for Judith (Jurnee Smollett-Bell—“The Great Debaters”) and her childhood best friend turned high school sweetheart turned husband of six years, Brice (Lance Gross—Calvin on “Tyler Perry’s House of Payne”). They have moved from their meager beginnings in the deep south to the booming metropolis of the nation’s capitol, Washington, DC, in hopes to get a fresh start. Brice hopes to one day own his own corner pharmacy, while Judith has her heart set on becoming a licensed marriage counselor. Sadly, for her, she feels trapped in her current position as an in-house therapist for a millionaire matchmaker (played by former Miss America, Vanessa Williams).

A plain Jane who has been steeped in her Christian faith by her hellfire and brimstone mother, Judith is constantly hounded by her co-worker (played by Kim Kardashian) to get a makeover and update her looks to be a better representative of the company. Judith has no interest in helping her boss play the role of madam, and wants to be taken seriously as a mental health professional.

Her husband, unfortunately, takes her for granted and ignores her cries for attention and recognition. When Judith is introduced to Harley Madison (Robbie Jones—“One Tree Hill”) a handsome and charismatic potential investor in the matchmaking club, he introduces her to the possibilities of a “better” life of extravagance. Of course, there is a cost—she must be his. The forbidden fruit is offered—how will Judith stand up to the Temptation?

In recent years, Tyler Perry has come under tremendous attacks from his loyal fans and other critics for his dramatic films that seem to stray away from his Christian heritage. In films like “For Colored Girls,” “Why Did I Get Married Too?,” and “Good Deeds,” Perry, who came to fame through his gospel-oriented stage plays, uses mature themes including sex, physical abuse, drugs and alcohol, and coarse language to tell his stories. Many have challenged his position as a Christian artist. “Temptation” will, no doubt, leave many people asking the same questions, making the same assertions. [In previous reviews of Perry’s films, I too have asked these questions.] This is part of the enigma that is Tyler Perry, and partly why this review may, itself, be difficult.

Despite the notations above about the offensive nature and lack of Biblical morality, “Temptation” is a must-see film for adult Christians (ignore that PG-13 rating). Yes, it does portray mature subject matter (no nudity; sex scenes are silhouetted or screened with steam or low light), but the film’s message rings loud and clear. We need to divorce-proof our marriages, we need to pay attention to our spouses and significant others, and above all, we must be on guard against the wiles of the enemy! (Ephesians 6:11; Proverbs 4:23; Matthew 26:41; Ephesians 5:25-33; Colossians 3:19). We must turn the tide on protecting our marriages! Will a movie cure the divorce rate—NO! But it does open the door to having real, extended conversations with our spouses about what it means to be “very happily married.” Dating singles, this is your movie, too. You will just need to be on guard for your own temptation triggers.

Tyler Perry generally makes quality movies; I do question some of his choices (especially the comedies). When he steps behind the camera, he is a genius. His dramas are captivating; “Temptation” is also. The cinematography is great (lighting plays a significant role in this film; the music choices are well done. All in all, one of his best.

Comments below:
Positive
Positive—I enjoyed the movie. It was well made, good acting and told a story well and had a message. I can understand why some people might not like this movie, but this is the story Tyler Perry wanted to tell, and he did so, pretty well. For many, it could serve as a starting point for valuable discussion about relationships, marriage or values.
My Ratings: Moral rating: Good / Moviemaking quality: 4

Betsey, age 40 (USA)
Positive—It was an amazing movie, I recommend it to all young women out there. It shows that the grass is not always greener on the other side. Also that when you have a good man, don’t leave him for somebody else just because of lust and money. Also that, what God puts together let no man tear apart. In addition, the only thing I hated was that although the mother was praying, the prayer was not answered, because she came home and left again. But yeah, great movie, shows that disobedience can lead to a terrible punishment.
My Ratings: Moral rating: Good / Moviemaking quality: 4½

Grace, age 19 (United Kingdom)
Positive—Often in movies, the couples bounce back from similar situations. This often happens in real life. This movie portrays the other side… another very real possibility. A painfully real outcome. It’s probably hard for some non believers to swallow… it may even be hard for some believers! To me it says guard your heart; we are, after all, “sheep among wolves”… we are to be “wise as serpents and innocent as doves” (Matthew 10:16). Doesn’t art imitate life?
My Ratings: Moral rating: Better than Average / Moviemaking quality: 3

Laura, age 35 (USA)
Neutral
Neutral—Well, this movie was certainly a movie I didn’t expect. Curiosity got my attention when I saw the previews, and I thought it would be your average typical Hollywood movie. What I mean about this is that when a person is married and is on the verge of cheating, Hollywood tends to justify their reason, as if it’s a good thing, by revealing something the husband did that could be questionable. Maybe the husband was abusive, and the person that the wife found was not, justifying that she “had” to cheat. But I was completely wrong about this movie!

This movie was an eye-opener for many, because it’s main purpose was to show the consequential attributes that comes with Adultery! I personally am tired of Hollywood making it seem like that it’s okay to cheat on your spouse! It was very refreshing that this movie shows the chastisement of what sinning can possibly lead to, in the long run! See all »
The moral theme I got from this movie was, “You Reap what you sow, more than what you sow, and later than what you sow.” This movie was spiritually the Garden of Eden—when Judith (Jurnee Smollett-Bell) is Eve, who lived a great life with her husband whom she’s known since a toddler, raised in a Christian environment, and didn’t have sex till married. Harley (Robbie Jones) is your serpent from the Garden of Eden, tempting her with Apple of sexual lustful encounters, for his own selfish desires.

Then you have naïve Adam—Brice (Lance Gross) who doesn’t have a clue of how his wife is acting till towards the end of the movie. I gave this movie a neutral rating, because I absolutely hated the brief homosexual innuendos displayed by the elderly lady running the pharmacy shop, and also the homosexual kissing inside the club, that Judith and Harley were in. I just thought it was a bit unnecessary, unless they clearly show it’s wrong to do it!

Kim Kardashians playing Ava was a bit cheesy, and unnecessary to the movie in my opinion. The controversial “rape scene” to me is not a big deal, since she acts on with the temptation. This movie is definitely not suitable for kids, but maybe for 17 and older. Overall, great movie.