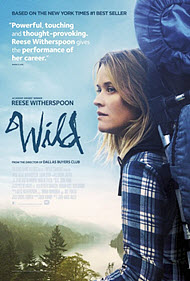 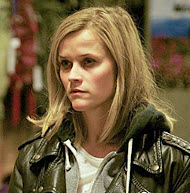 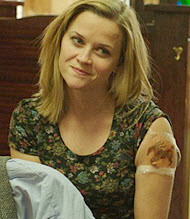 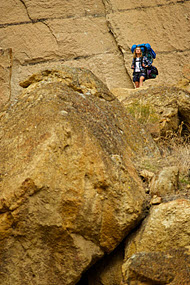 living life without God or morality

searching for a new beginning to your life 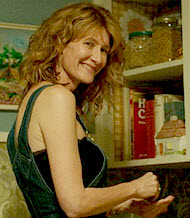 Here’s what the distributor says about their film: “In ‘Wild,’ director Jean-Marc Vallee (‘Dallas Buyers Club’), Academy Award winner Reese Witherspoon (‘Walk the Line’) and Academy Award nominated screenwriter Nick Hornby (‘An Education’) bring bestselling author Cheryl Strayed’s extraordinary adventure to the screen. After years of reckless behavior, a heroin addiction and the destruction of her marriage, Strayed makes a rash decision. Haunted by memories of her mother Bobbi (Academy Award nominee Laura Dern) and with absolutely no experience, she sets out to hike more than a thousand miles on the Pacific Crest Trail all on her own. ‘Wild’ powerfully reveals her terrors and pleasures—as she forges ahead on a journey that maddens, strengthens, and ultimately heals her.”

The movie, “Wild,” starring Reese Witherspoon, has been highly rated by secular movie reviewers. However, upon seeing this film, I can tell you that it has a lot to avoid. There is quite a bit of profanity throughout the movie, lots of explicit sexuality and nudity.

The story is about a woman who spirals downward into an immoral lifestyle and then tries to set herself straight by walking a difficult hike along the pacific coastal territories. The plot was interesting enough and had enough suspense to hold my attention, as I watched a woman go by herself on a very strenuous and dangerous journey through the wilderness.

I cannot recommend this movie to Christian moviegoers because there are no redeeming factors to the story. The acting is fine, but not exceptional. The screenplay based on the true story is adequate. The end result of this movie is a sad, depressing tale of a life without God or morality.

Cheryl Strayed, the woman portrayed in “Wild,” is a long-time feminist activist. Oprah Winfrey has heavily promoted her book, Wild: From Lost to Found on the Pacific Crest Trail, on which the movie is based.

What is sin? and the fall of man?

Positive
Positive—I would not consider this to be morally an extremely offensive film. Sex and drugs are depicted, but not as good things. They are what Reece Witherspoon’s character Cheryl Strayed is seeking redemption from. This is a redemption film where God and religion are not factors, a pilgrimage without religious trappings. Cheryl is fleeing memories of her abusive father, troubled brother and particularly her mother (or idealized memories of her, well played by Laura Dern) who has left her husband and was seeking to improve her life by attending college with Cheryl when cancer struck and killed her.

Cheryl escapes to the happiness she feels with heroin and casual sex, ending her own marriage (although the feelings will between the couple continue as he mails her packages at stops along her hike). She sees a book on the Pacific Crest Trail (running from Mexico to Canada) and decides to hike it. Like a pilgrimage, there is penance in the form of the beating her body takes from her boots and pack. Experienced hikers would break in their boots and equipment, before undertaking a trek of this type, avoiding various problems she encounters.

But this is a spiritual journey as much as a hike. Pain, heat, cold, solitude and various readings and poems, some of which sound a lot like greeting cards, carry her onward.

This pilgrimage has her encounter a community of hikers, often seekers like herself, as well as some ministerial figures that serve them, such as a man at a hostel who gives her advice on shrinking her pack. There are various metaphors for putting the past behind you and leaving your psychic burdens behind. Hikers reduce their baggage, even burning the portions of their guidebooks covering the parts of the trail that they have passed. As an attractive, if eventually bad smelling, woman on the trail, she often seems in danger from the men she encounters, although most of them turn out to be less scary than we first fear.

The mix of animals, including one or more foxes that strategically, if not mystically, reappear at various times, brings her to confront the memories of the horse that meant so much to her mother.

In addition to the camaraderie of the hikers, who manage to be together while sometimes getting on each other’s last nerves, there is also sixties-like camaraderie in an Oregon town with a Summer of Love styled music festival and a more positive, if non-marital, sexual encounter with a man she meets there. And eventually an encounter with a troubled child, his grandmother and a llama reduces her to tears.

She continues on in the face of pain, heat, snow and thirst, but, as the trip approaches its end, wonders what she is going to do next. The pilgrimage ends up at the gorgeously filmed “Bridge to the Gods” over the Columbia River. She tells us that she has become the woman her mother wanted her to be, with reconciliation with her brother, and it is not clear who else. There is also talk about how she would still have done all the bad stuff and needed to do so to get to her ultimate state.

As this is an autobiographical book and film, this is probably true, and good for her. Whether the film convincingly conveys exactly how and why this happens is another question. Do the many short and subliminal flashbacks work with the scenic grandeur, the internal monologues, the encounters and the soundtrack to leave us with some understanding of Cheryl’s spiritual journey? Is the journey convincing? I am not totally convinced, despite the quality acting and compelling travel.

And given that this film depicts a secular world where religion does not have a serious presence, what would a church have done different for Cheryl?
My Ratings: Moral rating: Average / Moviemaking quality: 4

Stanley Hirtle, age 69 (USA)
Positive—Sorry you guys. But I find this film great. The story is dense, very real. The acting is very good, outstanding is my opinion. The production values are amazing, the photography, the music, the script. Everything. The plot is very interesting, and it’s based on the life of Cheryl Strayed, and that makes the film even more exciting.

I find the film outstanding, I love it from the beginning to the end, inspiring and Wild. The director of “Dallas Buyers Club” does it again. Reese Witherspoon and Laura Dern give the performances of their careers.
My Ratings: Moral rating: Good / Moviemaking quality: 5

Sergio De La Cruz, age 18 (Guatemala)
Negative
Negative—The film had the chance to turn into a story of redemption and repentance, but decided to embrace pride and folly instead. Yes, we can learn from our errors, but to desire to repeat them if one had the chance? Repugnant.
My Ratings: Moral rating: Offensive / Moviemaking quality: 4