for some language including suggestive comments. 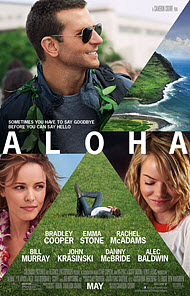 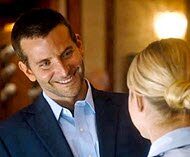 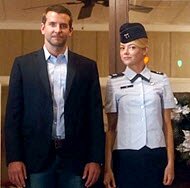 About fornication in the Bible 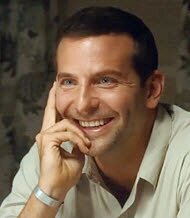 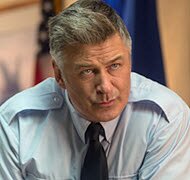 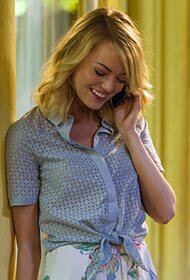 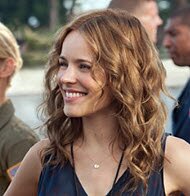 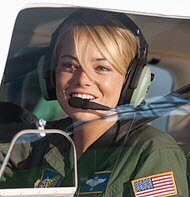 “Sometimes you have to say goodbye before you can say hello”

Romance can be a complicated thing. But this is especially so if it’s not handled with maturity. Many, many married people can tell you of their regrets for things they did before they were married. Yet even after immorality and breakups, there can be redemption. The people should start by getting their hearts right with God. Even though this film, “Aloha,” doesn’t involve God, it does demonstrate surprisingly Biblical steps toward redeeming sexual mistakes.

Brian Gilcrest (Bradley Cooper) is a military contractor who also has many mistakes to redeem, both in relationships and politics—two things that can get very messy. Before leaving on a mission to help in Hawaii, he reconnects with his old girlfriend Tracy (Rachel McAdams), who is now married to an Air Force recruit who is unable to be at home with the family much. On the mission, he and his watchdog, Ng (Emma Stone), begin to have feelings for each other. But Brian still has feelings for Tracy, too, and when Tracy’s husband becomes resentful, he wonders what he should pursue.

This film has many cheesy moments, but also some gripping and hilarious scenes. Alec Baldwin has only a little screen time, but his character is very entertaining. All of the acting is convincing, and all of the actors fit their roles perfectly.

Despite the military theme, this film is a romantic drama and has virtually no violence. There is an historical footage clip of a space shuttle exploding, and a scene where Tracy’s husband gets angry and smashes a Christmas decoration with a sign.

Refreshingly, there’s not a whole lot of language to be heard—10 misuses of God’s names, 1 f-word, 6 s-words, 2 b-words, hell (2). Some viewers might be bothered by “holy mackerel.” The single f-word is the reason this film is rated PG-13, not the sexual content.

Many PG-13 comedies, especially romantic ones, have too much crude sexual humor and innuendo, even if they are entertaining (“The DUFF,” “Anger Management,” “As Good As It Gets,” “How Do You Know,” “What If” (2013), etc.). Besides some uses of the word “sexy,” the only sexual comment is when Brian says that thinking about his military power makes him feel erect. There is some innuendo between Brian and Ng that lasts very briefly. It’s less than sensual; they’re sitting in bed having a conversation, but Brian is shirtless.

If you don’t want to read spoilers, I’ll leave you with this: the ending is not morally disappointing. You just have to be patient and wait for the characters to come to their conclusions. Remember that it’s about trying to handle mistakes. For those who want to be more confident about the film before viewing it, I’ll go deeper into the choices the characters make, and I believe viewers will still be pleased by getting to see how they make them. The following paragraph will contain the spoilers.

When the romantic plot started, I didn’t know what to expect. It could have come out well, or it could have been extremely offensive. Many modern-day romance movies, and romance experts for that matter, encourage us to do whatever we want, even if it means hurting others and, more importantly, breaking God’s laws. Brian and Tracey understand that they still have feelings for each other. A few times throughout the movie, they discuss what they should do about it. They never kiss or anything, but it’s obvious that they’re tempted to do wrong. ***SPOILER*** Thankfully, they ultimately choose to do the right thing. Even after Brian is informed by a superior officer that he has to stay away from Ng, he still tells Tracey that she belongs with her husband. After this, Tracy and her husband are reconciled in a very rewarding scene, and Brian is happy to see this. It is also mentioned that Tracey’s daughter was actually conceived of Brian, before she married her husband. But everyone is honest about it, and Brian is still able to reunite with his daughter.***END SPOILER***

In the end, this movie’s quality is somewhat mediocre, but I was very impressed with its integrity. The three main characters are humble, helpful, and caring. The film shows that, even though sexual sins will have lasting consequences, there’s always a chance to start doing right again and improve lives.

I don’t recommend that teens watch this movie without their parents. Romantic mistakes often occur in the teenage years, because our modern culture doesn’t train teens to handle love with maturity. It lets them wield romance like a boy that’s found his dad’s gun. So, in my opinion, teenagers who haven’t made the mistakes should be focusing on how NOT to make them, not how to redeem them once they’re made. When I say redeem, I am, of course, referring to the steps to fixing all the problems caused; eternal redemption can only come through Christ. If you’re looking for a film about resolving relationship problems, “Fireproof” would be my first recommendation (even “Courageous” has a good touch on that). But “Aloha” has integrity and mostly handles its mature themes with taste.

Movie Critics
…Cooper is very good, and Rachel McAdams is as warmly vulnerable as ever as his ex-girl. …There’s a strong, impassioned feel for Hawaiian culture, and myth and its independent spirit. …

Stephen Whitty, The Star-Ledger (New Jersey)
…inspiration overdose at the pixie-dust buffet… Everyone is so sparky, empathic, playful and forgiving in this movie you almost feeling like drawing a curtain and leaving them to it. The emotional payoffs precede the setups. …

Andrew Barker, Variety
…a comedy that wasn’t at all what I expected… “Aloha” is not Mr. Crowe’s best, nor is it his worst… [2/4]

Barbara Vancheri, Pittsburgh Post-Gazette
…deeply confused… with the screenplay’s strained whimsy and pathos, not to mention its unpersuasive, at times incoherent musings on the politics of space exploration, Crowe squanders the star power at hand. …

Sheri Linden, The Hollywood Reporter
…Despite likeable cast, “Aloha” will bid a quick hello and goodbye… the people involved are nothing more than thinly drawn caricatures of actual living, breathing humans. That, combined with a storyline that’s barely a story to begin with, gives “Aloha” zero chance of having you at hello.

Rafer Guzmán, Long Island Newsday
…stresses not just Hawaii’s spirit but its spirits, garnishing his tale with many an ancient island legend and suggesting that these pagan myths may be more true than we realize. I wish the film’s last 20 minutes somehow redeemed the whole thing.

Paul Asay, Plugged In
…sloppy sentimentality… desperately overwritten screenplay… Allison is supposed to be adorably irritating. Instead, she comes off as irritatingly adorable… [1½/4]

Nathan Rabin, The Globe and Mail