for brutal violence, language throughout, some sexual references and brief drug use. 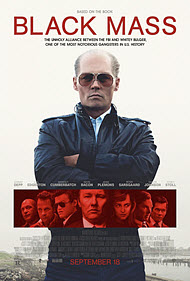 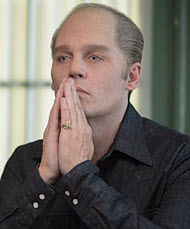 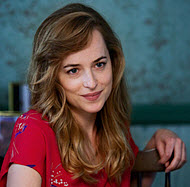 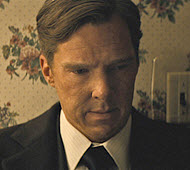 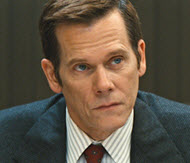 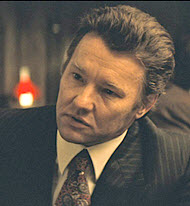 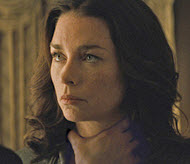 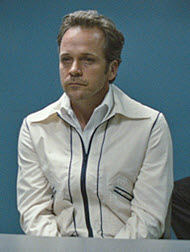 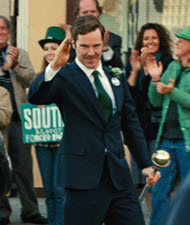 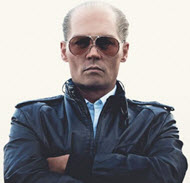 sin and the depravity of human soul

robbery and stealing in the Bible

compare to goodness and righteousness

“The unholy alliance between the FBI and Whitey Bulger, one of themost notorious gangsters in U.S. history”

The film is based on the nonfiction book Black Mass: The True Story of an Unholy Alliance Between the FBI and the Irish Mob, written by Boston Globe reporters Dick Lehr and Gerard O’Neil.

James “Whitey” Bulger (Johnny Depp) may very well have been one of the most feared men back in the 1970s and 80s. Bulger seems to get away with just about every crime, as he runs and controls most of the organized crime in South Boston. However, Bulger’s childhood friend John Connelly (Joel Edgerton) now works for the FBI. Bulger and Connelly reconnect after many years, but Connelly isn’t seeking to re-establish their friendship. He wants information. Information so he can take down the Anguilo Brothers, who also have ties with the mafia. Connelly approaches Whitey’s state senator brother, Billy (Benedict CumberbatchBenedict Cumberbatch), and tries to persuade him to convince Whitey to cooperate with the FBI.

Although Whitey is not in favor of helping the police, he wants to keep his family safe, and helping the FBI appears to be the only way. However, a dirty deal to trade secrets by both parties spirals out of control, as Connelly and the FBI try to take down the Italian mob. Multiple murders and drug dealings are just the beginning, as the Godfather of the Irish mob continues to run rampant in the streets of Boston, taking men down, one by one.

“Black Mass” is an intense crime film from director Scott Cooper. The performances are solid and believable (especially Depp’s), the art direction is very realistic, and the overall tone sets the mood just right for this two hour thriller. By film’s end, I’m sure many Depp fans won’t look at him the same ever again, after playing such a dark, convincing role. Although “Black Mass” tells a great story of one of the most notorious gangsters in history, it is a dark, profane, and very violent film.

There is almost no visual sex in the film, but there are still numerous (sometimes graphic) sexual references, including prostitution, porn, sex acts, and genitalia. There is a club scene filled with plenty of suggestive dancing and women wearing scantily clad attire, though there is no graphic nudity on display. It should also be mentioned that married men are at the club without their wives and suggestively dancing with various women. A married couple sensually embrace in one scene and another suggestively strokes a another man’s wife’s face, threatening her with a choke hold in the process. A man also ogles a married woman.

The film is filled with very strong language, as there are over 200 f-words (sometimes used sexually and paired with “mother”), over 20 s-words, and approximately 20 crude anatomical terms and phrases including p***k, c**k, and d**k. A handful of racial slurs are used, and the word “faggot” pops up about three or so times. Other milder obscenities include a**, a**hole, p***, h***, and “douche bag” which total up together at least 20+ times. God’s name is abused around a dozen times (about half the time paired with d**n), and approximately half a dozen misuses of Jesus’ name; once paired with the f-word.

“Let no corrupting talk come out of your mouths, but only such as is good for building up, as fits the occasion, that it may give grace to those who hear.” —Ephesians 4:29

The violence is spread out in “Black Mass,” but for the times it isn’t violent, the filmmakers sure make up for it later. There are numbers of shootings including characters been being shot repeatedly, shot point blank, and graphically shot in the head with blood spraying everywhere. Bulger is a vicious man and chokes a prostitute to death. Most of it is off-screen, but we still hear the murder taking place. Bulger also graphically strangles another man who was apparently beaten and tortured beforehand. There is also another strangulation, numerous characters beaten and pummeled to death, and mention of a cat eating part of a woman’s corpse. Many characters are severely bloodied.

Plenty of alcohol is consumed (including hard liquor), and there are a handful of references to drugs, one involving distributing drugs to children. Cocaine gets a little screen time, as we see a man quickly inhale it. Other negative behavior involves a few characters gambling and references to bodily functions. A character or two vomit, and Billy is aware of his brother’s illegal activities, yet does not help bring him to justice. Although Whitey appears to be a dedicated father, he is still verbally harsh with his wife occasionally, and his parenting philosophy is flawed (obviously). He tells his son that “It’s not what you do, it’s when and where you do it, and who you do it to or with. If nobody sees it, it didn’t happen.”

“But as for the cowardly, the faithless, the detestable, as for murderers, the sexually immoral, sorcerers, idolaters, and all liars, their portion will be in the lake that burns with fire and sulfur, which is the second death.” —Revelation 21:8

Although Scripture is briefly heard at a funeral and a crucifix appears in a couple scenes, the film contains no spiritual content. “Black Mass” displays to its audience the harsh brutality of mankind and does not refrain from graphic detail. The only positive elements I could pull from this film was the fact that Whitey appeared to be very family oriented and cared about them. However, having a family that loved him back did not help him change his ways. Jesus says in Matthew 5:21 that…

“You have heard that it was said to those of old, ‘You shall not murder; and whoever murders will be liable to judgment’.”

Thus, “Black Mass” is the story about not just a notorious gangster, but a man who defies God.

“Do not envy a man of violence and do not choose any of his ways…” —Proverbs 3:31

Clearly, since this is a gangster story, Proverbs 3:31 applies quite well to the overall theme. It is a story about evil men, men of violence, who envy each other greatly. These men are not only addicted to violence, but are never content with what they have or accomplish, even if it’s just a crime. They just want more… and more. Scripture guides us to not choose the ways of the wicked, and “Black Mass” is a clear example of why we shouldn’t fall into those footsteps. I strongly recommend that even mature audiences avoid “Black Mass,” due its brutal violence, strong language, and graphic sexual references.

“Black Mass” may present a solid story of the evil of mankind and justice being (somewhat) prevailed, but you do not need to view this film to receive such a message. It is an assault on the eyes and ears, as the audience is exposed to brutal killings and pummeled with constant, very harsh language. There is no need for a follower of Christ to expose himself to such graphic content. But, thankfully, we have Christ who has saved us from our sins, who watches our every step. But we need to seek His forgiveness. To this day, Whitey Bulger sits in prison with such a horrific past on his shoulders. If only he would listen—listen to the voice of God. We need Him just as much as Bulger does, and even just refraining from wrong entertainment choices will help strengthen one to “abstain from every form of evil” (1 Thessalonians 5:22).

“If we confess our sins, he is faithful and just to forgive us our sins and to cleanse us from all unrighteousness.” —1 John 1:9

Positive
Positive—Early in “Black Mass,” someone says “in South Boston kids grow up playing cops and robbers, but you can’t really tell which is which.” This is the point of this film, and that the law can’t really function without informants on the inside of crime, who may be as bad or worse than the people they are informing on.

Bulger, played brilliantly against his many other flamboyant roles by Depp, is a violent gangster with a code, loving his child and various neighborhood old ladies, and a sense of right and wrong in gangland that he is quick to act violently to enforce.

Connolly, his FBI homeboy from the neighborhood, hopes to use his connections with Bulger to get evidence on other gangsters, but his code of the neighborhood allows Bulger to game him. He is essentially the tragic figure of the film, although the FBI’s superclean reputation takes a hit, that it takes them so long to figure out what is going on. Ultimately the cops” reliance on some robbers to get other robbers is the ultimate dilemma that we, who see ourselves as the cops, are faced with. Life as a choice between evils can only end badly.

Of course, this is a gangster film, so there is plenty of cussing, intimidation, and brutal violence, with a sprinkling of sex and drugs, as exists in that life. The fact that this is essentially a true story gives this film an edge over other gangster films. While these gangsters end up in jail, we know that others have taken their place.

Christianity is not really a factor in this film, and we might wonder where and how it might play a part. We can also ask what there is about the neighborhood and how its inhabitants are treated that so many see Bulger as a hero, as film gangsters have been seen from Cagney to Bonnie and Clyde to Corleone. Maybe we see him as one, too.
My Ratings: Moral rating: Offensive / Moviemaking quality: 4

Peter Bradshaw, The Guardian (UK)
…Depp dials into the man’s malevolent charisma and canniness. The connection is clear as a bell, and it’s as good as anything he’s done in a decade. If only the film could have sustained the momentum, or found a way into feeling not just showing Bulger’s dark depths. … [3/5]

Lou Lumenick, New York Post
…Johnny Depp is better than he’s been in years. But his co-stars are even better… Cumberbatch is so riveting and suavely unpleasant in his handful of scenes that you wish he’d been given more to do… [3/5]

Robbie Collin, The Telegraph
…Depp isn’t doing anything different here than he did in “Dark Shadows” or “Alice in Wonderland” or the “Pirates of the Caribbean” movies. Once again, he’s unrecognizable under elaborate makeup and prosthetics, and he speaks with a peculiar voice (this time a thick South Boston accent). …he’s playing a thinly written character who is all surface… [2/4]

Rene Rodriguez, The Miami Herald
…Depp’s instinct for observing, underlaying and keeping things in, then letting it all out when required, pays big dividends here in a performance far more convincing than his previous big gangster role, John Dillinger…