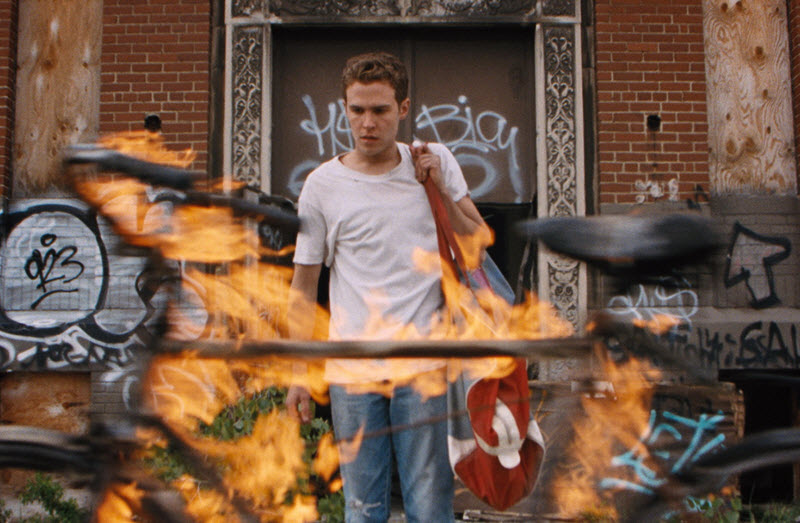 for disturbing violent images, language and some sexual content. 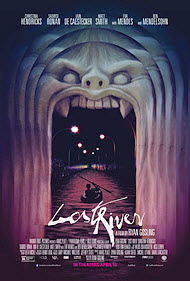 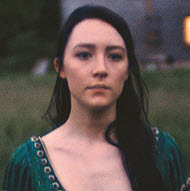 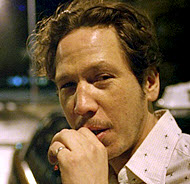 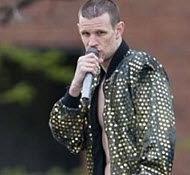 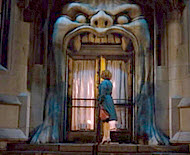 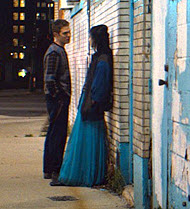 FEAR, Anxiety and Worry—What does the Bible say?

Poverty does not create evil. It is a product of evil. 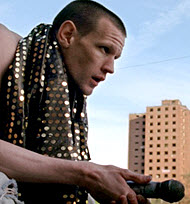 fall of man to sin, evil and depravity

A desolate town, struck by economic disaster, is being run by a self-proclaimed gangster leader. Welcome to “Lost River” (directed by Ryan Gosling). Billy (Christina Hendricks), is a single mother with a teenage son Bones (Iain De Caestecker—Fitz of “Agents of S.H.I.E.L.D.” (TV series), and a young infant, Franky. With no man in sight, and a house soon to be repossessed and demolished, she must find the money to pay her mortgage.

Bones has a dream to leave Lost River in a car he has put together himself. He ransacks empty buildings in the area to find scrap metal that he sells or swaps for car parts. He faces opposition from the local gang leader, Bully (Matt Smith of the “Doctor Who” 2010-2014 TV series). He runs the town with an iron fist and has a sadistic habit of mutilating those that displease him. Angered that Bones is stealing what he sees as his own, Bully targets Bones as a threat. But with time running out on the house, Bones defies Bully’s threat to try to gather enough material to sell for the house payment.

Billy, meanwhile, is offered a job by her bank manager Dave (Ben Mendelsohn) who runs a fetish club. She takes it, unaware of exactly what she will have to do. Bones teams up with his neighbor Rat (Saoirse Ronan), to uncover a hidden section of the town that had been flooded, in the hope they can find enough raw materials to raise the money for Billy, or get the car parts to leave the town.

“Lost River” is the directorial debut of famous actor Ryan Gosling. Over the last five years or so, his roles have become increasingly less mainstream. His collaborations with directors Nicolas Winding Refn and Derek Cianfrance show through strongly with “Lost River.” It’s very similar to many David Lynch directed films (“Mulholland Drive”) in that it’s very picturesque, artistically driven, with strong nuances of fantasy. To put it simply, it’s weird. Although beautifully shot, with a lot of thought put into every frame, if you lose focus on that, you lose focus period, as the story is difficult to follow, and difficult to relate to.

The characters are hard to connect with, as the audience is given very little background. The entire town has almost ground to a halt. The only signs of heavy life are at the fetish club, which involves numerous performers putting on extreme illusions to entertain. Within this environment, we meet people who seem interested in helping Billy, but really have just their own agenda, and their own survival to consider.

The acting is very good. The eccentric personalities fit with the bizarre location, and I found Matt Smith’s role very interesting. But in honesty, there isn’t much depth to any of the characters.

The violence is extreme. Excessively. Bully mutilates his sidekick by slicing his lips off with scissors. He beheads a pet rat with the same tool, and frequently inserts intimidation into his interactions. He is a sadistic, control freak who enjoys torture and killing. Billy performs a show at the club where she simulates self-mutilation with imagery that portrays her peeling off part of her face. Another performer is “sliced and cut” as her blood sprays all over the audience. We also see Billy’s infant child backstage experiencing this. A man is stabbed to death in the ear. A woman is burned alive in her house.

There are sexual advances by a character on Billy, leading to a referenced rape. There is frequent heavy language, particularly f**ks and motherf****r. There is no sex/nudity, but Billy is encased in a structure where she is completely immobile, prone to the advances of any paying customers. Dave dances seductively in a very strange scene.

As far as comparing this movie to a life of love and happiness in Jesus, you couldn’t be in more opposing worlds. There is no hope and no life in Lost River. Everyone is depressed, everyone wants to get out. The only thing holding people there is memories—old, bad memories that remain, despite the town having changed so much under the dictatorship of Bully. People subject themselves to the day-to-day of submitting to Bully’s reign, allowing him control of everything, from businesses to dilapidated old buildings. It’s life at its lowest, where death seems the only better option.

I cannot rate this movie as a success, despite my admiration for Ryan Gosling and part of what he attempted to do. He is a big advocate of low budget, independent movies, but this one followed the paths of his favorite directors, but without the depth. The story had so little to it, it was almost unrelatable. Gosling, himself, said it’s meant to be a fairytale fantasy that happens like a dream in the middle of the night. I agree with that. It feels like a dream—90 minutes of airy-fairy nothingness. If you are a moviemaker, a cinematographer, or an acting student, you may want to watch this. Otherwise, don’t bother.

Positive
Positive—From the front cover of this movie, you might expect a high-fantasy discovery-adventure. Quite on the contrary, this is a gripping drama about poverty. The scenery is absolutely stunning. It’s one of the darkest movies I’ve ever seen… seriously… in fact, probably THE darkest, actually.

It’s sad, too. But it’s also very thought-provoking. The only violence that is real is either offscreen or done to animals (and we see some people without their lips later). But the illusions on the stage are very disturbing. The characters in this movie are actors who perform at a burlesque theater (there’s never any striptease). They put on acts with as gory, bloody effects as they possibly can. The movie audience knows it’s all an illusion, but it’s still very frightening.

The purpose of the illusions in this movie, however, is to demonstrate what such people in such places do. These things really happen. And it’s not like a slasher movie, which is meant to thrill the audience. “Lost River” presents such gory special-FX in a light that says “look how dark and gross this is.” It puts things in the right perspective, and I commend it for that.

However, this film is not for children; and even many adults will be deeply disturbed by it. The cruelty is also very disturbing, but is also thought-provoking. In the end, good does win over evil; but mainly this movie is thought-provoking in simply how it makes us consider the poor more than we probably do and should.

But along the way, there is self-sacrifice and learning lessons of NOT associating with evil, even if it is to earn desperately-needed money. No drugs, but strong manipulation. A man tries to seduce a woman with gestures, and it’s indicated that if raping her is the only way to have sex with her, he will. These are all part of how the film demonstrates how sad these things are.

And then there are 17 F-words, some with “mother.” I agree with the reviewer’s ratings—violence, extreme; profanity, heavy; sexual content, moderate.

Bottom-line: abide by the wise R-rating (NOT FOR KIDS), and even adults should be very careful. Though with hesitance, I do recommend the movie for the mature. It naturally called to mind Lorde’s song “Royals,” which is also about poverty. I highly recommend that song for anyone of any age.
My Ratings: Moral rating: Average / Moviemaking quality: 5

Movie Critics
…evocative, messy… an evocative grab-bag of images and moods with a heartfelt sincerity and conflicting impulses of romantic melancholy and hardscrabble hopefulness. …

Ben Kenigsberg, The New York Times
…shows some real flair but feels madly derivative at every moment… As beautifully presented as the imagery is, however, none of it registers deeply…

Todd McCarthy, The Hollywood Reporter
… innocents at the mercy of human monsters find the resolve to strike back—but works harder on conjuring up a dreamy, picturesque, decaying atmosphere. [3/5]

Kim Newman, Empire [UK]
…brazenly second-hand… Gosling hasn’t really made a film at all. Instead, he’s pointed a camera at some things that he seems to think belong in one, like sadism, things on fire in slow motion, beautiful actors pretending to be poor, and an abandoned zoo. …[1/5]

Robbie Collin, The Telegraph
…an avant-garde doodle that allows Gosling to abstract the experience of a city’s ruin into a dramatically inert art installation. [1½/4]

Ed Gonzalez, Slant magazine
…Plot… isn’t really the movie’s chief concern. It’s more an experiment in aesthetics than anything else, and Gosling overloads the film with camera tricks and heavy scoring. …

Richard Lawson, Vanity Fair
…a fantastically annoying film… Ryan Gosling might yet become an interesting director, but his first effort behind the camera is fatuous and shallow…