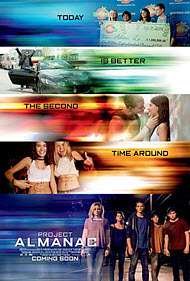 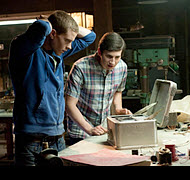 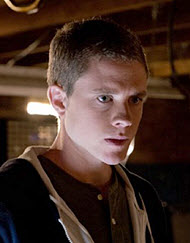 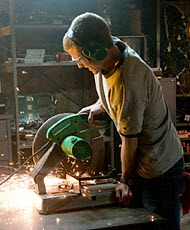 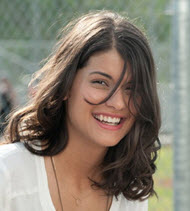 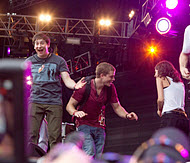 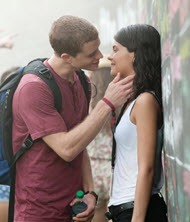 Our actions always have consequences.

It is very important to make the right decisions in life.

The is no such thing as time travel—no way to change our past.

But life does offer second chances to repent and make a new start.

stealing from a school

losing a parent when one is young

school bullies, and how to deal with them

David Raskin is a 17 year old, high-school genius. I mean a real genius. He just found out that he got accepted into the M.I.T. Fellowship Program. Well, there’s a problem with that, as M.I.T. is considered an “ivy-league” school, the scholarship money he received is not enough to cover the tuition. Since his father’s death (about a decade ago), he, his sister Christina, and his mother have been struggling financially, so it looks like M.I.T. won’t happen.

As David, Christina, and his friends Quinn and Adam are messing around in David’s basement, David hears a giant clicking noise. They find the source of the noise in a hidden compartment—a box containing blueprints, written by David’s father, concerning “temporal relocation,” a.k.a. time travel.

The friends have hit the jackpot! They, along with their new friend Jessie, decide to use this invention to return to the past and fix their own personal mistakes (e.g., Quinn failing his Chemistry pop quiz). Harmless, right?

Well, when David tries to fix one of his mistakes, by himself, he returns to the present and the friends discover that his “fix” created a ripple effect of horrific events. So it’s up to David and his friends to fix the past, to protect the future.

Time travel-themed movies are hardly a revolutionary concept in Hollywood. It’s been the subject of countless films and television shows. The concept is interesting to think about. What IF we could change the past? What if we could rewrite history? What if we could prevent tragic events (like World War I and II) from happening? Would society change?

“Project Almanac” is not unique in its approach to this question, although it does raise the issue of how having power to manipulate time could turn good intentions into something ugly.

Violence: David cuts his hand, and we see blood. David and his friends are seen breaking into a high school. A student is hit by a car. David mentions that as they time travel, there is a possibility of them exploding. There are a couple instances where we see characters begin to disappear as a result of fixing the past.

Sex/Nudity: Heavy. There is a sex scene between two characters. One character is seen in a towel (apparently naked underneath), and she reveals her naked body to another character (shown from an angle so the towel shields everything from the audience). The camera also shows shots of women’s thighs and legs, teenage girls are seen in short shorts and bikinis.

ANSWERS FOR TEENAGERS—Have questions? Find answers in our popular TeenQs section. Get answers to your questions about life, dating and much more.

At one point, as Adam is telling David about the ripple effect, one of the characters mentions the fact that all the time traveling they have done has looked as if they were playing God (changing past events, affecting people’s lives, etc.).

Perhaps there’s the reason time travel does not exist. Perhaps God allows things to happen for a reason, good or bad. Who are we to try and interfere with God’s intentions? And more so, who are we to interfere with His plan for us?

“Many are the plans in the mind of a man, but it is the purpose of the Lord that will stand.” –Proverbs 19:21

“The heart of man plans his way, but the Lord establishes his steps.” –Proverbs 16:9 (ESV)

“For we are his workmanship, created in Christ Jesus for good works, which God prepared beforehand, that we should walk in them.” –Ephesians 2:10 (ESV)

Following the movie, I found myself walking out of the theater in silence. Even as I write this review, I’m still not entirely sure what I think of “Project Almanac.” While I can certainly see why many critics have given it a “thumbs down,” I don’t think the critics were completely fair. “Project Almanac” has definite flaws, and perhaps one might argue that even with all the editing Paramount Pictures did, the film still needed more fine tuning. Still, there are many moments in “Project Almanac” that I enjoyed. As it stands, though, content-wise and cinematically, I don’t recommend “Project Almanac.” This movie is definitely not for kids, only older teens and adults. In short, “Project Almanac” isn’t terrible, but it isn’t good and, overall, it sends a bad message to teens. Save your money.

Violence: Moderate / Profanity: Heavy / Sex/Nudity: Moderate to heavy—too much lewd behavior and too many references to illicit sex

Comments below:
Neutral
Neutral—I took 6 thirteen year olds to see this on opening night for a birthday, so I didn’t have a review to go on. I was uncomfortable not knowing how far they would take some scenes. There is a joke about having sex with your hand, a boy and girl talk about having had sex, the girl is in a towel only, and she opens up the towel in front of a boy, they are shown in bed later with her in just a shirt, two girls in bikinis dance together for a brief moment but it’s suggestive enough. Sh*t is said frequently. There is no nudity, but enough suggestive scenes to make it uncomfortable.

I try to shield my son from what he sees, and I am sure I let my kids see more violence in a movie than sexual/suggestive scenes. I am constantly surprised when I hear what TV shows and movies middle school age children watch. So for me, this movie pushed the envelope of what I was comfortable with having my child watch.

It’s a movie that teens will definitely like and the idea of a time machine. It reminded me of a younger, much cleaner version of “Butterfly Effect” which is NOT for kids. So it’s not a new story idea, but a good one.

I absolutely think they could have still told the story just as effectively without the vulgar language and the suggestive scenes would have still worked if they were cleaned up a bit. Basically, a group of kids build a time machine, travel back in time to make their lives better and then have to deal with the ripple effect of how each trip changed the present.
My Ratings: Moral rating: Offensive / Moviemaking quality: 4

Andrea, age 42 (USA)
Negative
Negative—Worst movie I ever saw, wow… Wasted money on this movie… my opinion is not to rent this movie!!!