for some suggestive material. 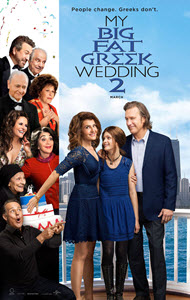 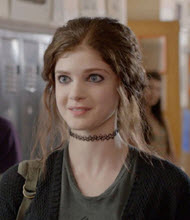 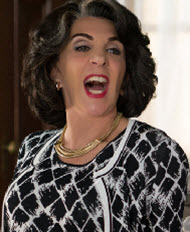 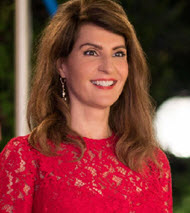 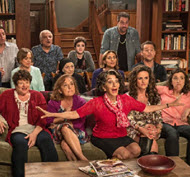 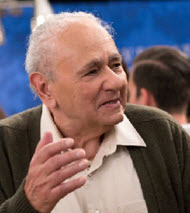 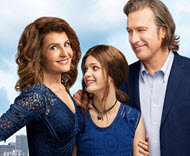 family is precious and valuable, protect those relationships with perseverance

wedding preparations and their strain on some families

Some people are convinced that traditional marriages don’t work and that this practice should be abandoned. What does the Bible say about marriage? Answer

marriages that lose their spark and become stale

woman feeling trapped in her life

how to deal with overbearing parents

feeling embarrassed about your family

parent daughter relationships / daughter who is embarassed by her mother

effects of humor based on vulgar or crude sexual talk

“Opa!” The dancing and jubilation continue in this big, fat sequel to the original smash hit. Toula (Nia Vardalos) and Ian (John Corbett) have spent the past 17 years focused on raising their only child, a daughter named Paris (Elena Kampouris). But now, with Paris preparing to finish high school and pick a college, the two find themselves wondering where the spark in their marriage has gone. And, although Paris is growing up and seems ready to break away from her overbearing family, her parents dread the idea of their baby bird flying too far away from the nest. Meanwhile, an unexpected family discovery leads to an unforeseen reason to celebrate once again, Greek-style.

This film gives several nods to the original, which sent the audience into fits of laughter. The original cast from the previous film returned, and the chemistry between all the characters is definitely still there. Aunt Voula is hilarious as ever, with her never-ending descriptions of her many strange health ailments. Gus is still windexing everything in sight, and his chauvinistic ways still bother his wife Maria at times. Yet, through it all, she is always somehow reminded of her love for him.

The family is as tight-knit as ever, always rallying together in times of need. Seeing a family stick together and help each other like the Portokalos family does is so refreshing in today’s society, where we don’t always see families depicted in a positive way in films and on television.

There are only a handful of objectionable parts in this film. In one scene, after Toula and Ian have gone on a date together, they pull up in front of her parents’ house in their car. As they relive their dating days from the past, before they were married, remembering how they used to have long goodbye kisses, etc., the two proceed to make out, even putting the seats down in their car, suggesting that something more intimate is about to happen. It isn’t until Toula’s mother and daughter see them and knock on the car window, that they momentarily pause what they are doing. “Don’t you have a house to do that in?” asks one of the family members, which is definitely a reasonable question. The whole scene really does not need to be in the movie. During a scene where a bunch of family members are at a hair salon together, “bedroom” talk is engaged in, including some crass joking.

Later, a family member announces that his business partner is also his homosexual partner, and this is portrayed as perfectly fine. As Christians, we know that homosexuality is a sin just like any other sin, and that it is something that can be overcome through Christ, but not a lifestyle to embrace or celebrate.

“Or do you not know that the unrighteous will not inherit the kingdom of God? Do not be deceived: neither the sexually immoral, nor idolaters, nor adulterers, nor men who practice homosexuality, nor thieves, nor the greedy, nor drunkards, nor revilers [verbal abusers/injuring other’s reputation with a spirit of dissension], nor swindlers will inherit the kingdom of God. And such were some of you. But you were washed, you were sanctified, you were justified in the name of our Lord Jesus Christ and by the Spirit of God.” —1 Corinthians 6:9-11

On the whole, “My Big Fat Greek Wedding 2” is somewhat predictable, although there are a few unexpected plot twists. The film is mostly good, clean fun, and contains many more laughs than I expected. The themes of family being precious and valuable, and never giving up on each other, are very evident and heartwarming. As far as sequels go, this one is pretty entertaining and possibly worth a watch. The film seems to set the scene nicely for a possible third installment in the future.

Comments below:
Positive
Positive—Hubby and I both loved this movie, even more than the first one. No. 1 made me laugh, but this one made me both laugh and cry, there were some very moving moments. The strong family bonds, the way they stood by and supported each other, was such a change to all the usual dysfunctional families in a lot of movies these days. The tension between the teenager and her parents was dealt with realistically, and the humour of the Greek family, including the grandfather, carried on from the first movie, with his grandchildren repeating exactly what he had to show that tradition was going to continue through the generations… with some changes coming in at least one quarter.

There were no curse words or nudity, the families all went to church even though the Lord was never mentioned, and altogether this was a lovely movie.
My Ratings: Moral rating: Good / Moviemaking quality: 4½

Judy, age 67 (Australia)
Positive— Went to see this movie, and also saw the first one when it came out. Cinematography was beautiful. The story was about a couple who found out their marriage certificate was never signed. The movie discussed the positives and negatives of marriage. It also showed how the younger couple from the original movie let their daughter make her own choices without trying to control her, even though it was hard for to do.

It also showed how the mate takes priority over the parent. This does not mean abandonment. It just means your mate should have the proper place and priority in the marriage. The movie shows the importance of family, and of getting married and not just living together. I really enjoyed this movie
My Ratings: Moral rating: Average / Moviemaking quality: 5

Bill Boylston, age 57 (USA)
Positive—This is a pleasant movie, free of anything profane or pornographic. The script entwines a number of plot lines dealing with common family themes, and the dialogue is natural and witty. As my daughter married into a huge family of Mediterranean origin, my wife and I found this movie particularly funny.
My Ratings: Moral rating: Good / Moviemaking quality: 3

Brian Schacht, age 69 (Canada)
Negative
Negative—I have seen some mildly positive Christian reviews about this sequel to that first, pretty funny Greek Wedding movie that took the viewing world by surprise with its ethnic humor, but I don’t agree at all with anything positive about this sequel. It fails quite miserably. Unoriginal and sloppy story telling with several themes running at different speeds and in different directions, ridiculously sappy or choppy musical accompaniment meant to underline moments which I found overdone or stupid.

I was surprised that so much acting talent was under-utilized. Only a handful of funny moments for me in the entire movie. When have I ever given a movie only 1½ for artistic quality? I haven’t. That’s how bad the production, direction and screenplay of this sequel were for me. But there were people in the theater who laughed throughout. But not me.
My Ratings: Moral rating: Offensive / Moviemaking quality: 1½

Halyna Barannik, age 70 (USA)
Movie Critics
…audiences who flocked to MBFGW likely will do so for this sweet successor, which relies heavily on ethnic humor and Greek shtick. …plays like a feature-length sitcom episode…

Joe Dziemianowicz, New York Daily News
In 2002, “My Big Fat Greek Wedding” was at least a unique cultural take on movie cliches typically reserved for Italian and Jewish squabbles and makeups. Now it’s all stale baklava, made with love but past its prime. Opa? Nope-a.

Devan Coggan, Entertainment Weekly
…every bit as sitcom-ish and saccharine as its predecessor, but considerably less distinctive. …

Jeannette Catsoulis, The New York Times
…a “Big Fat Waste of Time”… prepare to get restless…

Mara Reinstein, US Weekly
…the laziness of the writing and acting takes a creeping, spirit-sapping toll. Honestly, not one joke lands… [1/5]