for strong violence and language throughout, sexual references and brief drug material. 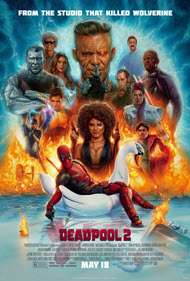 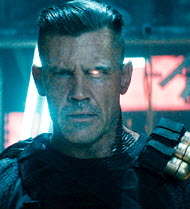 What is LASCIVIOUSNESS? Answer

THE FEAR OF THE LORD— What is it? Is it important? Answer 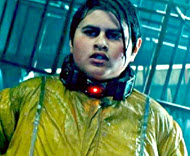 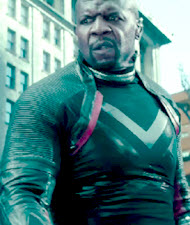 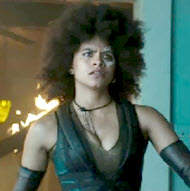 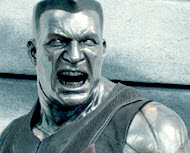 “Deadpool 2” is the sequel to Deadpool” (2016). The film is David Leitch’s second time at the helm of a movie, and features Ryan Reynolds (Deadpool) and Josh Brolin (Cable) as the hero and villain respectively.

The film follows Deadpool as he tries to find out what it means to have his heart “in the right place.” Motivated by personal tragedy, he briefly joins the X-Men and meets Russell (Julian Dennison), an orphan who is constantly abused by the orphanage. It is revealed that future Russell becomes extremely homicidal after he commits his first murder in revenge for the abuse he has suffered, so Deadpool decides to prevent the incident. He sets out to do so with help from some friends, and learns more about himself as a person.

Let’s address the moviemaking quality before we get into content of concern—there is a lot of it.

Like its predecessor, “Deadpool 2” is extremely self-referential and uses parodical comedy to satirize almost every genre and medium of entertainment. Deadpool is always ready to make a quick quip or meta joke about anything. However, it gets very tiresome very quick, and the satire ends up undermining itself (more on that later).

The film is rather derivative and lazy at times, and this also is something the film is self-referential about. However, expecting the audience to excuse its transgressions because they are self aware of them is just as lazy. The plot is formulaic, but the focus of “Deadpool 2” is the humor, and it crumbles under the weight of what is expected of the character. Ironically, the freedom the character has ends up being the film’s prison, as it seems it sometimes does not know what to do with all that freedom. This is particularly exemplified in a sequence where the film introduces several characters, ***SPOILER*** just to kill them off in what was intended to be humorous ways. ***END SPOILER*** The whole sequence felt completely unnecessary and like filler for a film that simply needed that sequence for people to grimace or glee about.

Some sequences go on for far too long, way past the point where they are neither funny nor very relevant to the advancement of the story. The result, for me, was a feeling of boredom, not because of the lack of events, but rather because of the overwhelming quantity, but underwhelming quality, of content.

The action sequences are good from a technical standpoint, thanks to the work of John Wick’s cinematographer Jonathan Sela. Ryan Reynolds brings charm and dimension to what would have been an otherwise tiresome character. In the end, the film has a case of “been there and done that.” If you’ve seen “Deadpool,” then nothing in “Deadpool 2” will surprise you. It has great technical aspects but the pitfalls in other areas result in a pretty average film.

Violence: This movie has extreme violence—violence that would make Quentin Tarantino blush at times. People are decapitated, dismembered, exploded, shredded, electrocuted, ripped in half, melted, burned alive, and shot. People are attacked with guns, chainsaws, and blunt force. The violence is extremely graphic, and the audience is not spared from anything explicit.

Language/Profanity: This movie contains extreme language, expect cursing every other sentence. There are well over 80 instances of the f-word to go along with more than 20 uses of the s-word. God’s name is used in vain more than ten times. There are several instances of obscene gestures. You can also expect just about every popular curse word you can imagine.

Sexual Content/Nudity: Very Heavy. There are numerous remarks or jokes about sexual acts, and remarks about incest and pornography. We are shown bare buttocks twice. Deadpool grabs the buttocks of another male character. Deadpool’s genitals are stabbed and touched (accidentally).

There is plenty of other specific content in this film that trends along the lines of what is listed generally above.

There is something for everyone to be offended about in this movie. It is deliberate, as the movie intends to push the limits of dark comedy and satire. At the end of the film, Deadpool proclaims that the “senseless violence” has to stop, and prevents a character from committing murder. It is intended to be a meta commentary on film and real world violence. The film aims to deconstruct violence by making fun of it, but fails, because it ultimately rationalizes it in various instances, and that ultimately undermines Deadpool’s ending statement. Yes, a character is changed because they withheld from violence, but violence is used as the primary vehicle of success for the film. To ask the audience to suspend belief when the movie is inconsistent with the way it aims to comment on violence—especially when a movie is as self aware as this one—is a leap too great.

Furthermore, the film trivializes violence, which makes the decision to choose peace and sacrifice over violence lose its gravity, and makes its intended message difficult to understand. This is troublesome. It made me think of the consequences the film may have on impressionable minds when filled with such prolific violence and a muddled message. The fact that the violence is often dismissed as simply “fictional entertainment” speaks volumes about how desensitized the public is becoming. In the tragic shooting of Santa Fe High School, the killer would make jokes and taunts at his victims, as if it meant nothing to kill. The jokes and taunts amidst extreme violence in this film reminded me of desensitization exemplified by that killer who was just 17 years old. It is an issue worth at least debating. (Learn more about film violence.)

Whatever you may think about the effect of film violence on our minds, one thing is for sure: we must guard our hearts as Christians.

“Above all else, guard your heart, for everything you do flows from it.” -Proverbs 4:23

If certain types of media cause some Christians to stumble, then precautions must be taken to guard hearts in order to keep serving our Lord effectively.

Speaking of the heart, Deadpool wants to know what having his heart “in the right place means” and ultimately discovers that it means sacrifice and love. God through his son Jesus sets our heart in the right place. We must continually search for God to create a pure heart in us—a heart that is full of love and sacrifice for others.

David Leitch’s second outing as director is solid from a technical standpoint. Reynolds brings his real life charisma to the table, and Sela’s work behind the camera brings fluid action scenes. However, the film’s excessiveness and tasteless jokes miss the mark, and the film strains under the weight of expectations for the character. I normally avoid direct recommendations and end my reviews with reminding readers to use the information here to make prayerful and cautious decisions for their individual cases, but “Deadpool 2” is an exception, I strongly recommend you skip this film. It is very clearly not conducive to spiritual growth, and I, personally, did not find it very entertaining.

Every time you buy a movie ticket or rent a video you are in effect casting a vote telling Hollywood, “I’ll pay for that. That’s what I want.” What enables Hollywood Liberals to continually attack the Bible in movies and present immoral and even abhorent programming? Money. Christian, are YOU part of the problem? Answer

Negative
Negative—I saw this movie only because a friend dragged me to see it. It is entertaining and funny at times. There are some redeeming messages but the above review is very accurate. If you’re a fan of Deadpool (I didn’t see the first one, only read the reviews) you’ll likely enjoy this one, but with so many better entertainment options available, a Christian doesn’t need to be wasting time (and money) here. Go see something like “I Can Only Imagine” instead.
My Ratings: Moral rating: Extremely Offensive / Moviemaking quality: 4

Bob, age 54 (USA)
Negative—I was assuming I’d see a super hero sci-fi good conquers evil movie. I ended up being embarrassed, feeling disgusted over the vile, filthy language, God and Jesus’ Name used as a curse so many times, perverse sexual suggestions, an utterly worthless film. I wasted my money, time, and energy. I needed to confess my sin of sitting through such absurd vile filth. The jokes ended up being silly, foolish, dirty to illicit reaction from the audience like giggles and laughs solely from the rapid fire humorous dirt bag skum verbage spewing out from the main actors. Do not see this film. Tell family and friends not to see it. I felt degraded and disgusted and embarrassed when leaving.
My Ratings: Moral rating: Extremely Offensive / Moviemaking quality: 4

Comments from non-viewers
Negative—Let’s bring to light the factual reason as to why there was a sequel given to the first “Deadpool” movie. The reason as to why a sequel was made was because apparently a large number of people like the character Deadpool, along with the things he does. And people claim they like him because he’s “cool.”

So what does Deadpool do that is “cool” according to the fanbase’s sense of taste? Answer: he kills people, in gruesome and agonizing ways, and throws in quip (and often sexual and vulgar) jokes as he does so in order to make himself and his morbid actions come off as humorous. Yeah. That’s basically it.

Thousands of people support this character and the movies and merchandise he features in because, to them, a man who violently takes lives and does so thinking his “missions” are all just a fun game of Grand Theft Auto is “cool.”