for strong and bloody violence throughout, language and brief drug use. 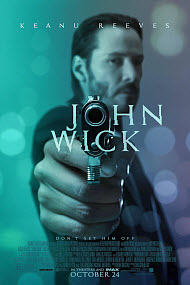 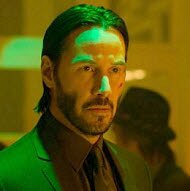 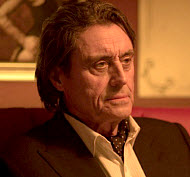 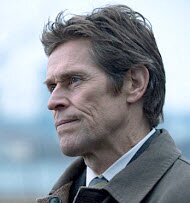 death of a pet

dealing with death of a spouse 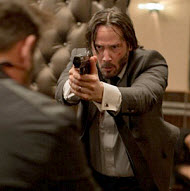 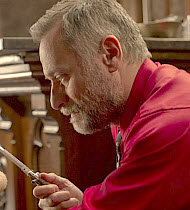 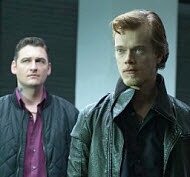 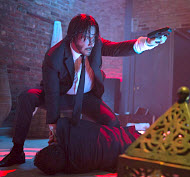 I was eager to see a new Keanu Reeves film. He appears to be in very good physical condition, and fans of his will not be disappointed. Having said that, this is an extremely violent film. I would not suggest it for anyone under 18. It isn’t that a younger teen couldn’t handle the violence. I am simply of the opinion that they are still impressionable enough to see Wick’s actions as admirable. The film more than earns its R-rating.

John Wick’s reactions are purely driven by rage and revenge. After suffering a great loss, with which I, unfortunately, can easily identify. He is vulnerable and fragile, and, as such, easily pushed back into a life of violence which he had decided to leave behind.

He left his past because he fell in love and determined this to be the better choice. No one can disagree with this choice, but then like Al Pacino in “The Godfather,” as he tries to get out he is pulled back in. Here is where I found John Wick’s moral dilemma. Without spoiling the plot, I can safely say that Wick responds to a criminal and violent act by unleashing every ounce of anger and revenge he can muster.

As Christians, we have a choice as to how we respond to those who do wrong against us. Wick’s choice is over the top, to say the least. I estimate the body count to be between 75 and 100. This is only an estimate of how many are killed by Wick. There are many others killed by “the bad guys.” The killing is violent, the fighting gritty and realistic. This is not the graceful motion as in “The Matrix.” This is hard core fighting.

On a positive note, Wick displays a profound depth of love for his wife.

There are a couple of uses of b**ch, but in Russian. The F bomb is used in various forms more than 40 times, mostly in Russian subtitles, but every now and then it is spoken in English. Interestingly enough, it is mostly used by the character Iosef Tarasov and seldom if at all by Wick. It is interesting that Wick uses almost no foul language, in comparison to the other characters. “G*d-d*mn” is used twice and “My G*d” (1). S**t is used about 8 times.

I observed one instance of pot smoking by the character of Viggo Tarasov.

There are a couple of girls in swimsuits, some short dresses and cleavage, but no nudity that I can recall. There is no sex at all, other than husband and wife kissing.

The acting is very well done, for this genre, and even though I would not recommend this film, I did enjoy Reeves to the extent that he plays his part well. Based on acting skills alone, I would say that I enjoyed all the casts’ performances.

Sadly, killing seems as natural and as casual as breathing for John Wick. Because of the extreme violence and language, I regret that I cannot recommend this film at all for anyone.

Positive
Positive—Am I the only one to notice a few subtle Christian undertones in “John Wick”? When he walks into the corrupt church and burns the money, that was my first clue. The hotel doc comes in to stitch up John, only to find a huge wound on the lower left abdomen. I will not excuse the excessive violence in the film, but if you are a gun owner/user it is done very, very well.
My Ratings: Moral rating: Average / Moviemaking quality:

Pat Ellis, age 50 (USA)
Neutral
Neutral—Spoiler: I was 100% shocked and ill-prepared to watch that poor puppy die. Not die, but to be murdered because she was making too much noise when her daddy (Reeves) was getting hurt from the guys that invaded his home. The movie left a sour taste in my mouth the entire time after that. And that happened within the first quarter of the movie.

Anyway—the film was well made. But the death, blood, language was too much. Keanu, was as good as always.
My Ratings: Moral rating: Offensive / Moviemaking quality: 4