for pervasive strong violence, and some language. 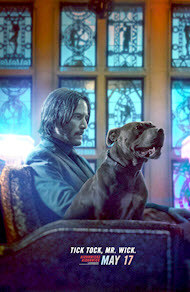 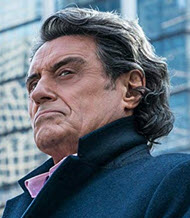 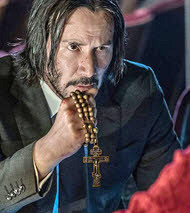 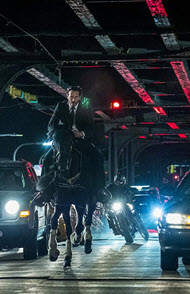 About MURDER in the Bible 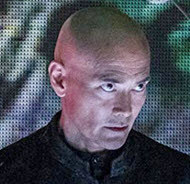 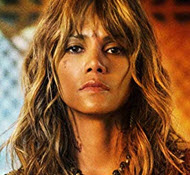 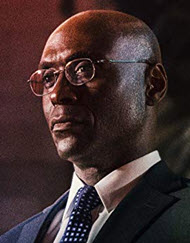 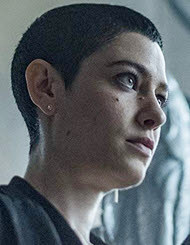 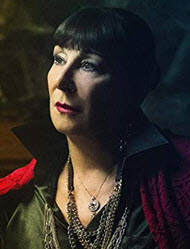 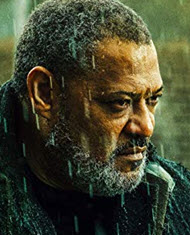 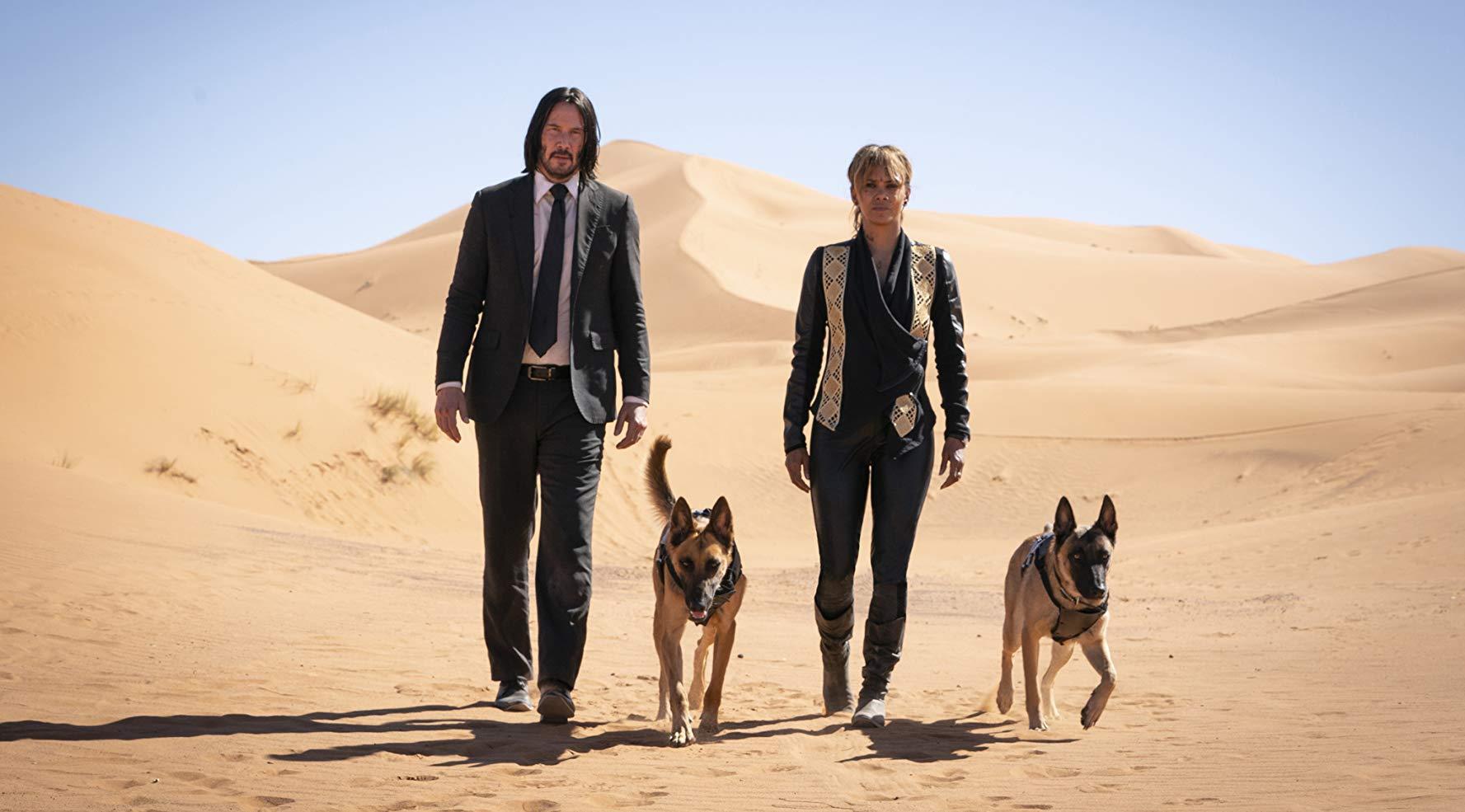 I am a late arrival to the “John Wick” train. So in preparation for the newest installment of this action trilogy, I recently caught up with “John Wick” and “John Wick: Chapter 2.” Normally, I would not consider other movies while reviewing a certain movie, but in this case I find it necessary. For that reason, there will be some SPOILERS regarding the first two films.

In the first movie, we are introduced to the titular character John Wick (Keanu Reeves) just days after his wife has passed away from an illness. In her final act of love, she gifted John with a puppy—a companion with whom he can mourn. Then in a robbery gone wrong—John is beaten, his car is stolen, and the puppy is killed. Here, we begin to learn of the legend of John Wick. He was once a dangerous assassin and a member of a secret society of criminals with very strict rules and regulations.

Before we ever see him in action, we hear the stories and lore that earned him the nickname The Boogeyman. Everyone fears this man—mob bosses, the police force, and even the other assassins. When we finally see John Wick in action, he does not disappoint. He is a meticulous fighter combining martial arts with precise gun work. With nothing to lose, John Wick is an unstoppable force.

In the first “John Wick” the violence is quick and intense with a feeling of purpose and determination. We understand John’s motivation, and we are thrust into his underground world cloaked with history and intrigue. We are introduced to interesting characters with even more interesting codes of conduct. In “Chapter 2,” everything is intensified—the violence, the locations, and the assassins’ guidelines.

As a result, we begin to lose a bit of the intrigue and intimacy that made the first movie stand apart from other action films. John’s motivation becomes blurred as the body count rises. The violence seems less purposeful and more “cool.” Finally, when John breaks a cardinal rule, he is excommunicated with a huge bounty placed on his head. It is at this point that the “small” fraternity of assassins that was thought to be a prestigious guild reveals itself as commonplace and prevalent. This is where the franchise loses itself. Practically everyone is an assassin, so at every turn, a new faceless character is trying to kill John Wick. It takes the ridiculous, yet entertaining, world of the first movie and pushes it to a mind-numbing extreme. This is where “Chapter 3” begins.

“John Wick: Chapter 3—Parabellum” follows Wick as he tries to survive long enough to clear his name and right his wrongs. That is the extent of the plot—seriously. That’s it. This simplistic storyline allows every minute of the 2+ hours of runtime to be filled with violence. There is nothing else of importance to note in this movie. It is completely void of any content other than bloodshed, and it’s a different style of brutality than its predecessors.

Though the violence of the first film was certainly gratuitous, it felt necessary. In “Chapter 3,” the killing is used for entertainment and, at times, even humor. It no longer showcases the skills of an assassin but focuses on the pain of the victim. With so much carnage, I began to grow numb to the countless deaths and even became bored with the nonstop action.

However, there are a couple moments of extreme gore that will sicken any viewer—a bludgeoning with a library book, a close-up stabbing through an eye, and a character purposely cutting off his own finger.

Along with the incessant killing, there are multiple uses of the f-word and s**t, a couple scantily clad women, belly dancers, and a shirtless man, but that pales in comparison to the endless bloodbath.

I’d like to think the “John Wick” films were grounded with a deeper meaning—perhaps a metaphor for the sins of our past and our need for forgiveness and repentance, however as I finish the 3rd chapter, it appears to be dealing with nothing more than death and destruction. As each film progresses, the filmmakers must compete with themselves to intensify the method in which each death occurs. As a result, the characters fade behind the cruelty—leaving only carnage. It makes me think of Proverbs 13:2 ESV,

“From the fruit of his mouth a man eats what is good, but the desire of the treacherous is for violence.”

There are some positive attributes in this film: Keanu Reeves (“The Matrix,” “Speed”) does a fine job as the leading man, the cinematography is beautiful with its use of neon colors, and Ian McShane (“Pirates of the Caribbean”, “Deadwood”) and Laurence Fishburne (“The Matrix”, “Ant-Man and the Wasp”) make every scene better in their supporting roles.

However, I can’t help but question the morality of a film like this in 2019. It fetishes guns and the power they possess. Hollywood seems to be quick to step on their soapbox to preach against the 2nd Amendment, but even quicker to cash in on the success of a movie franchise like “John Wick” which makes guns its lead character. I think each person will have to decide—is this purely entertainment? or does it glamorize gun violence?

To compare, 2017’s “You Were Never Really Here” was an extremely violent movie, but the characters had to accept the ramifications of their actions. In “John Wick: Chapter 3,” neither the characters nor the audience ever see the result of the brutality—a dangerous perspective of violence.

Negative
Negative—The moral aspect of the film is unnerving, as the writers haven’t the nerve or backbone to insert any of it in the feature. There is a disturbing politeness in the attitudes of the killers outside of their acts of violence, which makes the viewer, Christian or otherwise, stay vigilantly on their guard. It is, in that sense, exciting. One is never ready, yet never genuinely surprised, when a “big boss” in the movie suddenly flies off the handle with suave coolness.

The violence perpetrated against others in this film is purely Darwinian, and has nothing to do with saving innocents from being hurt by protecting them at the cost of your own life… there is John Wick, for himself (and a woman and her dog), and then there is everyone else as collateral damage.

Revenge for somebody shooting her dog about halfway through the movie is what spurs on a diatribe of human killing on the part of John Wick and herself.

Understandably, God chooses certain people to be saved long enough to experience his forgiveness and grace, but the protagonists do not understand any of this, and while their dog died once, by killing others in a sort of revenge-state, they are sending many more than this… and people… to Hell to die all over again.

It is very difficult to find a moral structure among nothing but “sophisticated,” well-timed, expert, craftsman or whatever else you want to label it… killing.
My Ratings: Moral rating: Very Offensive / Moviemaking quality: 2

Luke, age 36 (USA)
Negative—When I watched the first two chapters, I was bothered by the mindless killing. The underworld organization that existed was something that, I thought, the world could do without, no matter how ‘exotic’ it may seem. Funny thing saying Underworld, this series, with its secret society, seems like a Vampire Cult… without the vampires. What’s the point? It is for these reasons that I have not, nor will not see this movie.

There is nothing positive about this film. The performances can be delivered with passion and zeal but, the movie, it’s story, is still garbage. The parallel would be: When deciding whether to create a toilet of gold, one should remember what one will be filling it with!
My Ratings: Moral rating: Extremely Offensive / Moviemaking quality: ½

Bill, age 54 (USA)
Negative—I’m not into horror movies really or anything gory. What drew me to the Wick series was seeing just how accurate and how much training Keanu did for the part. I saw the first two about a month before this new one came out. I enjoyed them, though they were very violent (even if realistic/accurate).

I went into this one wanting to see the great accuracy, choreography, gun play (fighting while using guns)… etc. As always the movie was great, in that sense. However, fighting felt more drawn out in this. And the gore was taking to a new level—someone gets a very slow knife stab into the eye. It was gruesome, despite the poor CGI effects. See all »

Now obviously, as a Christian, there is nothing to get from these movies, as they are just about revenge for killing John’s dog (can’t say much else because of spoilers). About the only thing I could possibly think of that is “positive” from our perspective is John wants to live the rest of his life at peace, out of honor for his wife and thus end his assassin/killing revenge spree. Again, it’s a bit of a stretch.

At one point one character even tells him he (John) can go out (die) as a killer or go out as a man. Which is really terrible because both options still involve killing. Makes the whole thing pointless other than setting up a fourth movie. There may have been bad language, but you never really get time to notice since the violence is almost non-stop.

In the end, the movie is just flat out about non-stop death. No redeeming qualities at all. Would I say go see it? I mean it’s up to you of course. I know I really shouldn’t have watched these movies, but I can’t honestly recommend them, even if violence doesn&rsquott phase you. Because I know God is not thrilled, I wouldn't even see the first one, let alone the next two.
My Ratings: Moral rating: Extremely Offensive / Moviemaking quality: 4

Secular Movie Critics
…On a level of pure craft, then, John Wick 3 is unquestionably great action filmmaking – certainly the most technically accomplished of the series thus far, with a good dozen scenes that could only have been pulled off by a director, a stunt team, an editor and a cast working at the absolute highest level. But as masterfully executed as the action is, watching two-plus hours of mayhem without any palpable dramatic stakes, or nuance, or any emotion at all save bloodlust offers undeniably diminishing returns. …
Andrew Barker, Variety
…The movie should by rights be a “Wow!” But it feels bloated, self-conscious, and pretentious, with long waits between its few dazzling fights. Evidently, it’s hard to build on a premise that’s basically so vacuous and dumb…
David Edelstein, Vulture, New York Magazine
…the carnage becomes deadening, its consequences no more than soulless tableaus of damage that encourage disengagement…
Jeannette Catsoulis, The New York Times
…As per the two previous films, Stahelski cranks up the body count with a string of fight sequences so balletic you might forget you’re watching violence—until Reeves sinks a knife into a man’s eye. But, three movies in, franchise bloat is beginning to set in; the dead dog jokes are definitely wearing thin…
Cath Clarke, The Guardian
…“Wick 3” fumbles for compelling, organically incorporated territory to explore…
Tom Russo, The Boston Globe
…The goal for director Stahelski is escalating violence and bloody chaos, pushed to the point of the preposterous and beyond…
Gary Thompson, Philadelphia Daily News
…There is no doubt that these sequences are quite easily, in form and execution, a cut above what most any other action film is currently doing. …
Jake Coyle, Associated Press
…doesn’t get bogged down in such silly trivialities as character development, plot, dialogue, morals or any of the usual rubrics most films follow…
Johnny Oleksinski, New York Post