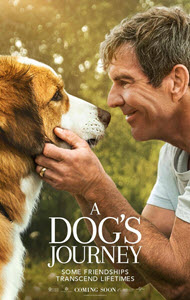 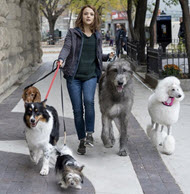 ORIGIN OF BAD THINGS—Why are they in our world? Answer

NEW AGE MOVEMENT—What are its aims and significance? Answer

What is a serious danger of believing in reincarnation?

Resurrection of the dead as taught in the Bible

Anthropomorphizing of animals—the attribution of human characteristics, purposes or behavior to an animal—a literary device

RELATIONSHIP BETWEEN HUMANS AND ANIMALS—What relationship did our Creator intend when he created animals and Adam and Eve, living in the Garden of Eden? How did this relationship later change due to mankind’s sin/evil, God’s curse, and the worldwide Flood judgment?

What might be a dog’s purpose from our Creator’s viewpoint?

Responsibilities, joys and problems of owning a pet

What is the meaning of life? Man’s chief end is to glorify God, and to enjoy Him forever. The Word of God, which is contained in the Scriptures of the Old and New Testaments, is the only rule to direct us how we may glorify and enjoy him. The Scriptures principally teach, what man is to believe concerning God, and what duty God requires of man.

Watching a dog die… over and over

Here’s what the distributor says about their film: “A DOG’S JOURNEY is the story of one devoted dog who finds the meaning of his own existence through the lives of the humans he teaches to laugh and love.

Buddy is a good dog, and after searching for his purpose through several eventful lives, he is sure that he has found and fulfilled his purpose. Yet watching on as curious baby Clarity gets herself into mischief and numerous dangerous situations, he is certain that this little girl is very much in need of a dog of her own.

When Buddy is reborn (reincarnated), he realizes that he has a new lease on life and a new destiny. He is overjoyed when he is adopted by Clarity—now a vibrant but troubled teenager. But when they are suddenly separated, he is left to wonder who will take care of his girl?”

Based on a novel in the dog series by author W. Bruce Cameron

Editor’s Note: Be aware that some readers of this series of fanatasy novels—and viewers of the film adaptations—have apparently been attracted into believing in the lie of REINCARNATION…

Based on the Bible, it is certain that reincarnation is a deadly lie; eternity awaits the human soul after death.

There is a real Paradise with God for the repentant believer—and a real Hell for those who reject His offer of salvation. God judges who will ultimately go to each after their death at the Final Judgment. The Satanic fraud of reincarnation (cyclic existence, transmigration of souls, past and future lives) has deceived millions of people, including Buddhists, Hindus, Jainists, Sikhs, Rosicrucians, Kabbalahists, and more.

➤ REINCARNATION—Learn more about what the Bible says

Comments below:
Positive
Positive—I am giving this film a positive rating, but have very mixed feelings about it. It lacks the cleanness of the first movie, “A Dog’s Purpose,” and does contain content that some viewers may feel is inappropriate. I note that it is directed by a different person. This isn’t a movie for younger children, in my opinion, because of the mature content, violence, and sadness contained in the story.

The storyline that threads throughout the movie is well written and interesting, and it’s a nice love story about the meaning of true love between two people, with a positive message about forgiveness. It is rather sad, I mean the dogs (or is that dog?) die a few times, sometimes in tragic circumstances, and the family life is very dysfunctional. It seems realistic in its attempts to show how some families struggle with the presence of depression combined with alcohol use, and how girls in this type of environment often gravitate to abusive fellows in their quest for love and acceptance.

I struggled with the vulgarity in the film which consists of bathroom humour which unfortunately moves toward sexual references in terms of male anatomy. There are also a few subtle and blatant references to indicate that couples are living together without being married. I heard God’s name used in vain once, but no other swearing. Also, the girl manipulates her mother to get her a dog by telling her that she’ll tell her teacher about the neglect she experiences. Her mother is an alcoholic and very unstable. I mean CJ smuggles a dog into the home, and her mother doesn’t even notice, and she is frequently left home alone all night when she is only 11 years old.

The acting is very good and it sure shows the positive role dogs play in our lives, even though it promotes the idea of re-incarnation in animals. However, there’s no indication that humans come back in other lives.

Do animals really go to Heaven? I guess we’ll never know for sure until we get there, but somehow there is some contradiction on this topic in the film. I’m recommending it with a cautionary note.
My Ratings: Moral rating: Average / Moviemaking quality: 3½

Kathy Pj, age 58 (Canada)
Editor’s Note: Will your dog (or other pet) be in Heaven? If you are concerned and are reborn in Christ, be encouraged. Although animals have no eternal souls, if in Paradise you actually yearn for your Earthly pet—it could easily appear by God’s power and grace on your behalf, or through an ability that God provides to His sanctified children in eternal life—and not the result of reincarnation or evidence of an animal soul. WITH GOD, there will be no tears and no death.

If you are not a true, regenerate (reborn) follower of Christ, then understand that God’s Word is clear—you will certainly not be allowed in Heaven with our Holy Creator—and your dog will be the least of your concerns.

Discover the good news that Jesus Christ offers to every sinner

Discover God’s promise for all people—told beautifully and clearly from the beginning. Discover The HOPE! Watch it on Christian Answers.

Secular Movie Critics
…gloopy, goofy… Buddhism-for-beginners premise… spiritual ferry through repeated rounds of Rover reincarnation…
Guy Lodge, Variety
…Doggedly effective… ruthlessly efficient when it comes to jerking tears… serve[s] up a sugar-coated, bastardized form of Buddhism for pet lovers…
Leslie Felperin, Variety
…tear-jerker aimed squarely at tween- and teenage girls… fluffy, sappy… never looks any better than a TV movie…
Nicholas Barber, TheWrap
…all about a multiple-incarnation pooch… I suppose it’s a genuine achievement that a movie packed with as much delightful canine (and agreeable human) talent as this one should be so insufferable. …
Glenn Kenny, The New York Times
…cheap emotional manipulation… ‘A Dog’s Journey’ will make you cry, but it does not earn those tears… [1/4]
Kristen Page-Kirby, The Washington Post
…unashamed agglomeration of poop jokes and puppy eyes… this movie is almost literally all puppy eyes. [2/4]
Mike McCahill, The Guardian (UK)
…“A Dog’s Journey” is still prepared to get extraordinarily dark… still the same weird mix of tearjerking dog death, soapy drama, and kid-friendly comedy. The end result is like watching a season finale of “This Is Us” with a commentary track by Elmo… [2½/5]
Richard Whittaker, Austin Chronicle
…a sky-high saccharine quotient… A big, juicy bone for canine-focused humans, but much less of a treat for others. …
Walter Addiego, San Francisco Chronicle